The Last Word Before Game 4 vs. Louisville 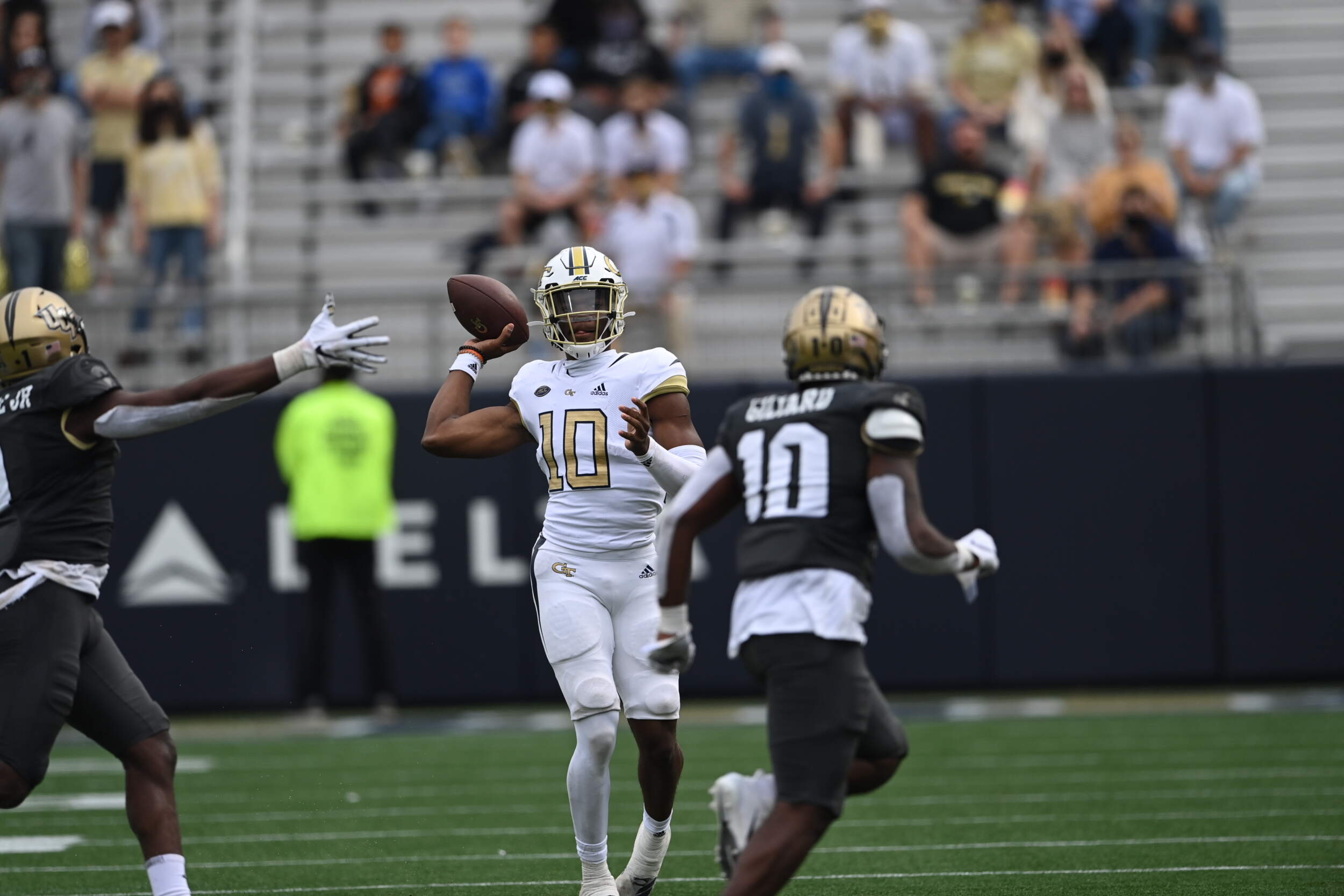 DID YOU KNOW?
Georgia Tech has topped 400 yards of offense in each of its first three games of the season — 438 at FSU, 471 vs. No. 14/13 UCF,  and 453 at Syracuse). Tech has not had four-straight games with 400 yards of total offense since it topped the 400-yard plateau in five-straight games from Oct. 11-Nov. 8, 2014. The Yellow Jackets haven’t opened the season with four-straight 400-yard games since it had five in a row to open the 2011 campaign and haven’t opened the season with four-consecutive 400-yard games against NCAA FBS competition since it racked up 400 yards in every game of the 1999 campaign.

Join us as we celebrate #CapeDayATL at our @GeorgiaTechFB game vs. Louisville Friday night!

We're proud to partner with @childrensatl on Money Downs this season 💰💰💰@CoachCollins is leading the way by pledging $10 for every successful Money Down on offense and defense, make your pledge or gift today! 💪

With limited capacity at Bobby Dodd this year, the #SupportTheSwarm Fund is vital to continue to provide our student-athletes & coaches with the resources needed to compete for championships and develop on & off the field. Learn more at https://t.co/CHZ96qWiXj. Thank you! (3/3)