THE FLATS  –  Georgia Tech’s golf team, ranked No. 3 in the nation and coming off its fourth victory of the year in its last event, heads West again this weekend to compete in the Southern Highlands Collegiate in Las Vegas, Nev., against one of collegiate golf’s strongest fields.

TOURNAMENT INFORMATION – Georgia Tech is making its 17th appearance in the Southern Highlands Collegiate and for the second straight year after a four-year hiatus. The 54-hole event runs from Sunday through Tuesday with a shotgun start at noon Eastern time each day, and is played at the Southern Highlands Golf Club, a 7,374-yard, par-72 layout. The four low scores for each team are counted each round for the team total, and individual ties will be broken by a sudden-death playoff.

In his first collegiate start as a counting member of the team, redshirt freshman Bartley Forrester was the co-medalist at the Puerto Rico Classic.

Tech, which won three of its four tournaments in the fall, picked up its fourth victory of the year two weeks ago at the Puerto Rico Classic, prevailing over the Sooners by two strokes. The Jackets finished fifth at the Amer Ari Invitational in their first spring event, fading in the final round after holding the 36-hole lead.

TECH LINEUP – Tech’s core group of seniors Andy Ogletree (Little Rock, Miss.), Luke Schniederjans (Powder Springs, Ga.) and Tyler Strafaci (Davie, Fla.), playing their final spring season together, are anchoring the Yellow jackets’ lineup this weekend in Las Vegas as they have for every event this year. They are joined by sophomore Connor Howe (Ogden, Utah), who has been the Yellow Jackets’ No. 5 player since last spring, and redshirt freshman Bartley Forrester (Gainesville, Ga.), who made his first start as a counting member of the team at Puerto Rico and won co-medalist honors. Sophomore Ben Smith (Novi, Mich), is competing as an individual.

Ogletree, who has finished in the top 10 at both of Tech’s spring events – T-3 at Puerto Rico, T-6 at the Amer Ari Invitational – is the Yellow Jackets top-ranked player currently, No. 15 in Golfstat and No. 20 in the Golfweek/Sagarin Index. Strafaci, who tied for sixth in Hawai’i, is ranked No. 62 by Golfstat, while Schniederjans is No. 93 after his sixth-place tie at Puerto Rico. The three seniors have combined for eight top-10 finishes. 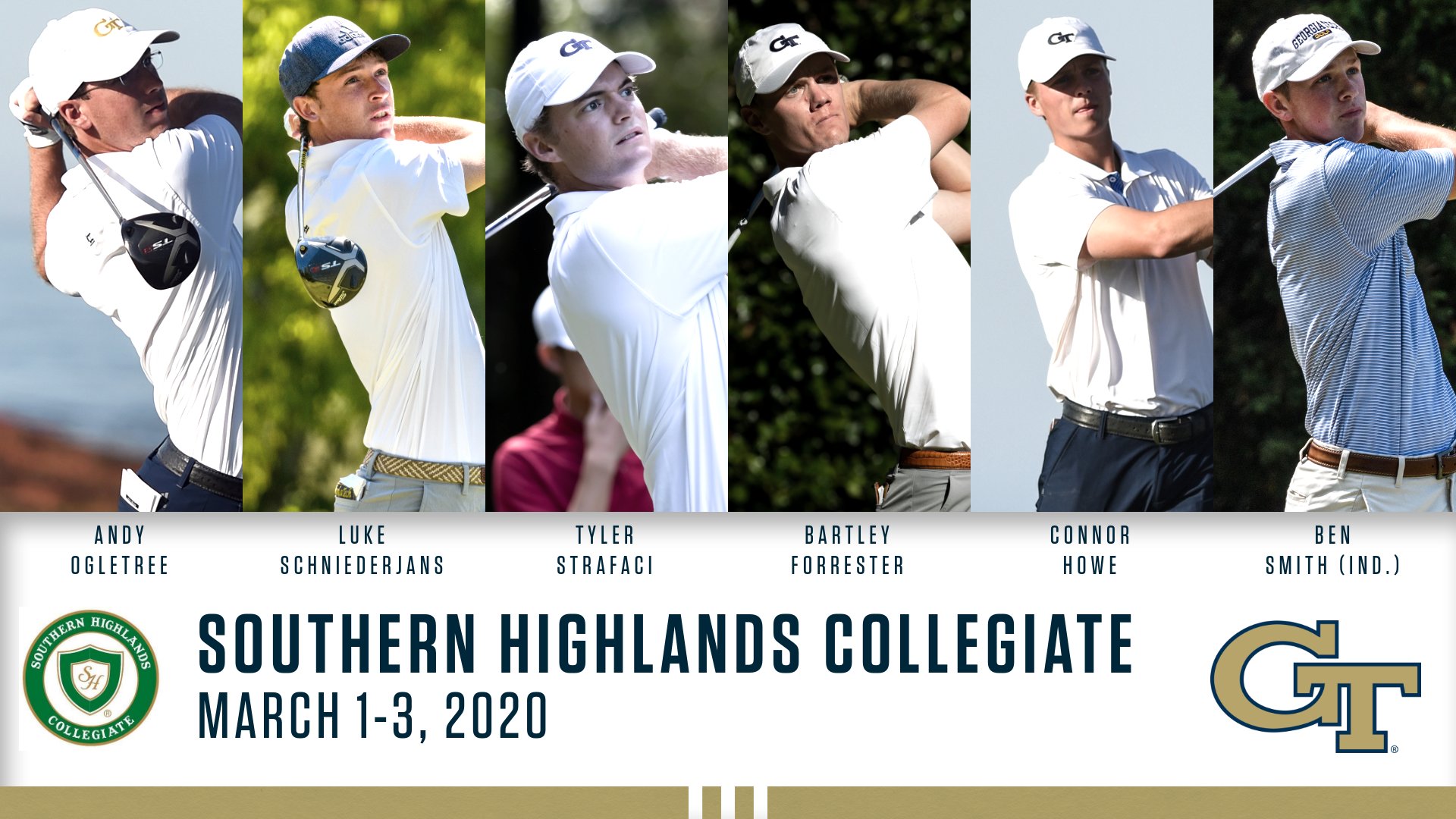 "It can be one of the toughest golf courses we play. We’ve had a couple of guys win there. It’s an opportunity to play against the very best teams – I think the last time I looked we had 1, 2, 3, 5, 7, then 8 and 10. It’s as much about that as anything; it’s why guys came to school here. We qualified to have the top three go (Forrester, Ogletree, Schniederjans were exempt), so we played for two days. Ty (Strafaci) struggled in Puerto Rico but he helped us win on the last day, and he needed a couple of days to get back to playing some winning golf, so we’ve basically got the same team going that won in Puerto Rico."