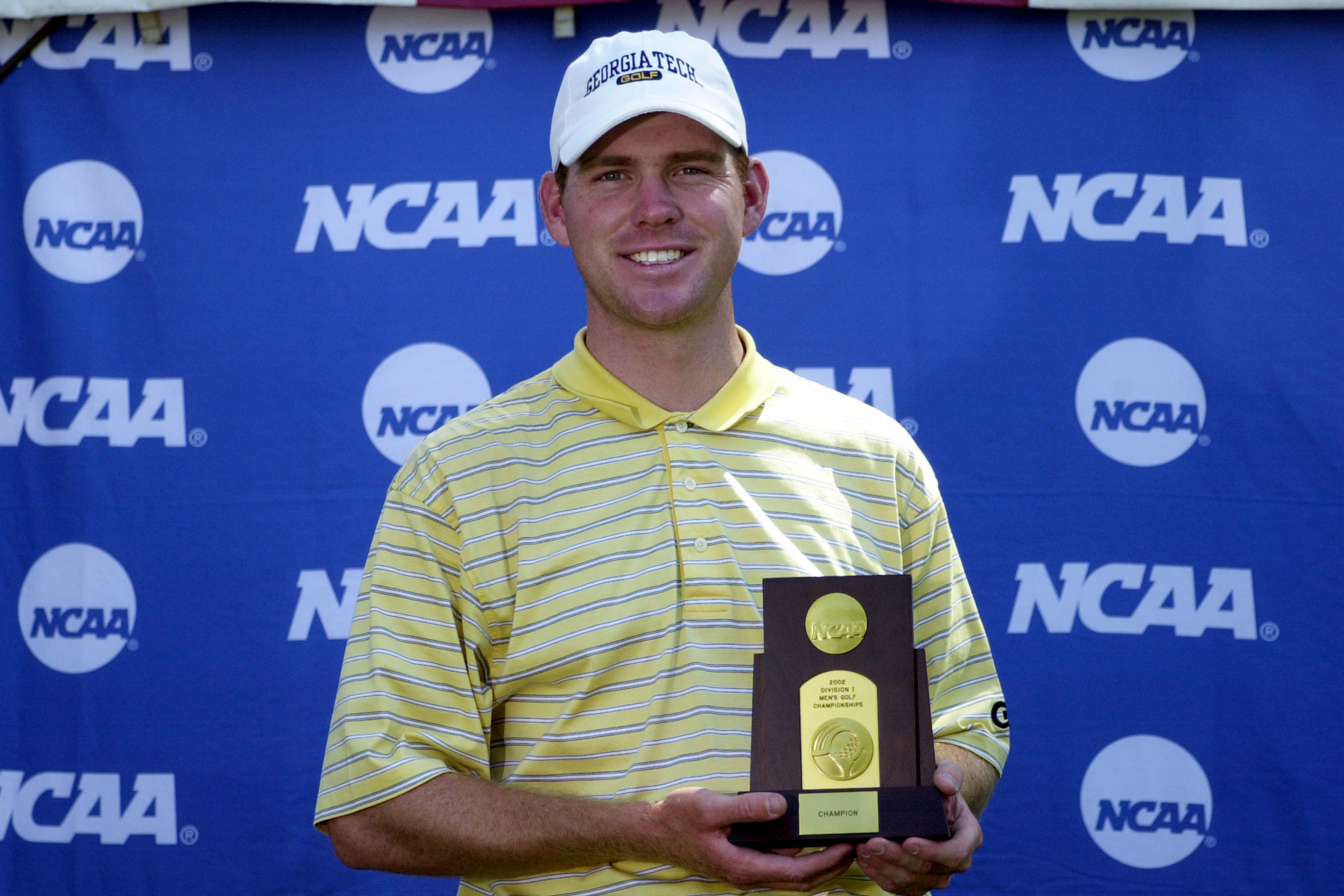 Troy Matteson capped an outstanding junior season by winning the biggest tournament of the year, the NCAA Championship in Columbus, Ohio. The victory was his fourth of the year and marked the first time since 1934 that a Yellow Jacket was crowned National Collegiate Champion.

Matteson’s run to the title began inauspiciously as he opened with a 2-over-par score of 73 to stand tied for 88th place, seven shots off the tournament lead. That would change quickly, as he found his scoring groove over the next 54 holes of play.

Day two saw the first significant move, as Matteson carded a 5-under-par round of 66 to move into a tie for 12th place at 73-66—139. The steady play continued over the final two rounds, as Matteson finished with sub-par rounds of 70 and 67 respectively to take over the individual lead as the final round came to an end.

His NCAA title tied him for most tournament wins in one year with David Duval, along with being the third time in school history that a Yellow Jacket had been the individual national champion.

For his efforts, Matteson was named the recipient of the Arnold Palmer National Player of the Year award and earned first-team All-America honors for the first time in his career. 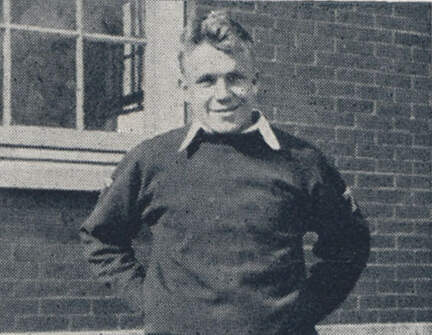 Yates, who won the British Amateur in 1938 and the Western Amateur in 1935, won the Georgia state championship in 1931 and 1935, advanced to the second round of match play in the U.S. Amateur and was the low amateur in the first Masters tournament in 1934.

He culminated a fine college career by winning the 1934 National Collegiate Championship in Cleveland, Ohio, joining Watts Gunn as the only two Tech golfers ever to do so. Yates is one of eight Yellow Jackets to have competed in the Walker Cup, as he was a team member in both 1936 and 1938, compiling a 3-0-1 record in those matches. In 1953, he was named the captain of the Walker Cup team and was an honorary captain in 1985.

He was inducted into the Georgia Tech Hall of Fame in 1959 and an award named in his honor has been given annually to the member of the Yellow Jacket golf team displaying the most outstanding academic achievement. 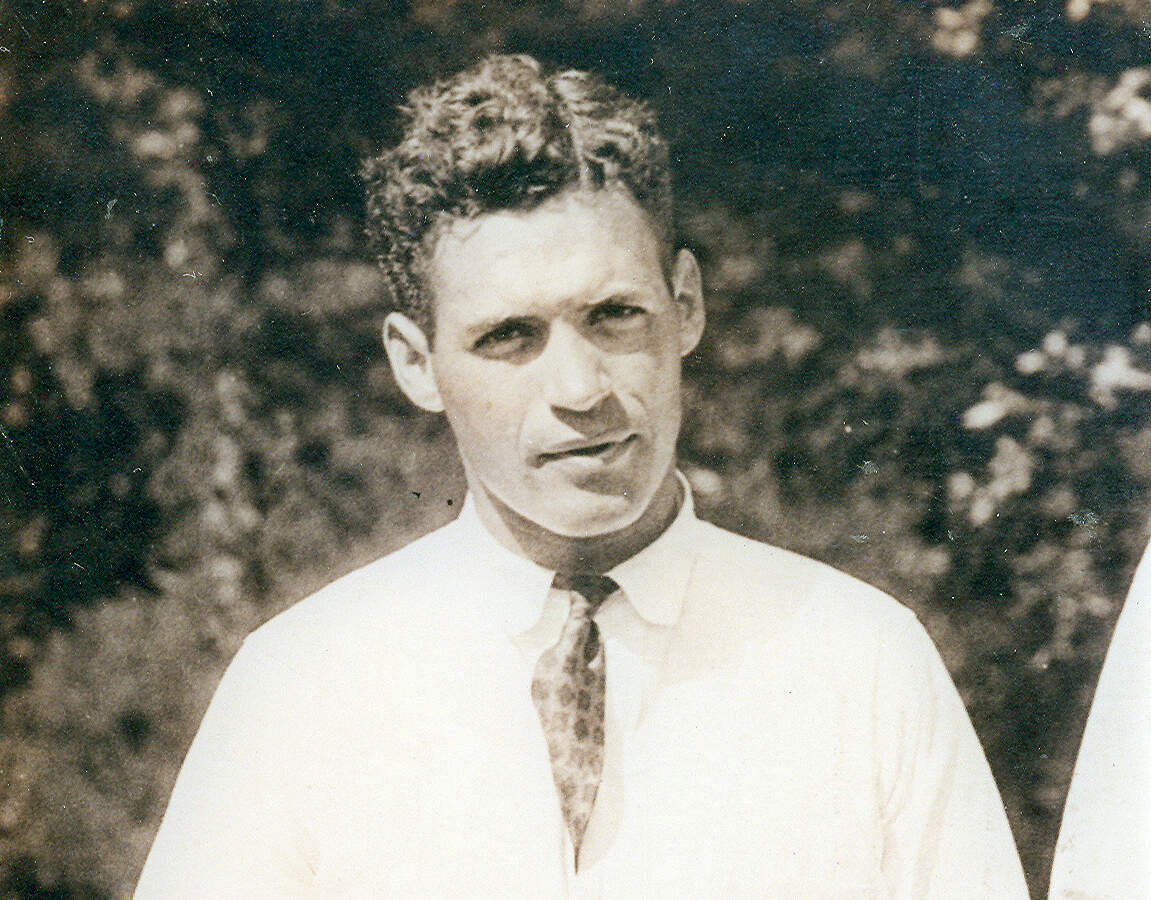 The Rambling Wreck and the name of Watts Gunn rose to supreme heights in 1927.

Becoming the first Georgia Tech golfer to win the National Collegiate Championship, Gunn shot a total of 302 over the 72-hole event at the Garden City Country Club to win the medal competition. He went on to dispatch Walker Cup teammate Roland McKenzie, 10-9, to win the individual title, and his 69 in the final round broke the course record. He also helped Tech win the Southern Intercollegiate title the same year.

Along with winning the collegiate championship, Gunn was a two-time U.S. Walker Cup team member, joining the squad in both 1926 and 1928. In those two events, he compiled a combined 4-0 record, posting a pair of victories in each.
Gunn was inducted into the Georgia Tech Hall of Fame in 1961. The annual Yellow Jacket men’s golf team award for the season’s most improved player is named in Gunn’s honor.