Fayetteville, Ark. – Freshman Connor Howe carded an even-par 72 on Sunday, but no other Georgia Tech golfer was able to post a round of par or better, and the 7th-ranked Yellow Jackets missed the 54-hole cut at the NCAA Men’s Division I Golf Championship. Tech tied for 18th place, three strokes behind 15th place Southern California.

The top 15 teams, led by No. 1-ranked Oklahoma State, have a final round of stroke play Monday, after which the individual national champion will be crowned, and the top eight finishers in the team race will be seeded for the match play competition, which begins Tuesday.

TECH LINEUP – Connor Howe started the Yellow Jackets off on the right foot, getting to 4-under-par without a bogey through eight holes, but the freshman from Ogden, Utah ran into trouble with a bogey and two straight double-bogeys at 12-13-14. He recovered with an eagle at 15 and a birdie at 18 to finish with a 72, the best effort by the Jackets on this day.

Andy Ogletree spent his round recovering from a quadruple-bogey 8 at the first hole, but played the remaining 17 holes 2-under-par to finish with a 74. The Jackets also counted a 77 from Tyler Strafaci, whose round included five bogeys and no three-putts, while Luke Schniederjans and Noah Norton each shot 80. Schniederjans, who had come within a stroke of tying the course record with his 67 Saturday, had only five pars on his card Sunday, also getting four birdies, a pair of triple-bogeys and a double-bogey.

Tech’s last three players to finish Sunday all bogeyed the final hole, matching the gap between the Jackets and 15th place.

TEAM LEADERBOARD – Top-ranked Oklahoma State continued its dominance at the Blessings Golf Club, posting a 2-under-par 286 Sunday to finish 54 holes at 12-under-par 852. The top-seeded Cowboys opened a 25-stroke lead over No. 5 Texas and No. 10 Stanford, who are tied for second place at 877 (+13).

No. 26 seed TCU, with an even-par round Sunday, made the biggest upward move of the day, 10 positions, to claim 10th place after 54 holes. No. 28 Ohio State, No. 20 Pepperdine, No. 11 Auburn, No 12 California and No. 9 Southern California also made the cut and move on to the final round Monday.

INDIVIDUAL LEADERBOARD – Two Cowboys occupy the top two positions in the medal race. Matthew Wolff, the 36-hole leader who tied the course record Saturday with a 66, shot 70 Sunday for a 54-hole total of 209 (-7). He is two shots ahead of teammate Austin Eckroat, whose 73 Sunday left him in second place at 211 (-5).

Georgia Southern’s Steven Fisk shot his second consecutive 68 Sunday and slid into third place at 212 (-4), while Chun An Yu of Arizona State shot 70 Sunday and has fourth place along at 213 (-3). Though their teams did not make the cut, they continue along with seven other individuals Monday, contending for medalist honors.

Justin Suh of Southern California, Zach Bachou of Oklahoma State and Isaiah Salinda of Stanford are tied for fifth place at 214 (-2), while the Cardinal’s Henry Shimp and California’s Collin Morikawa are the only other individuals under par through 54 holes (215, -1). 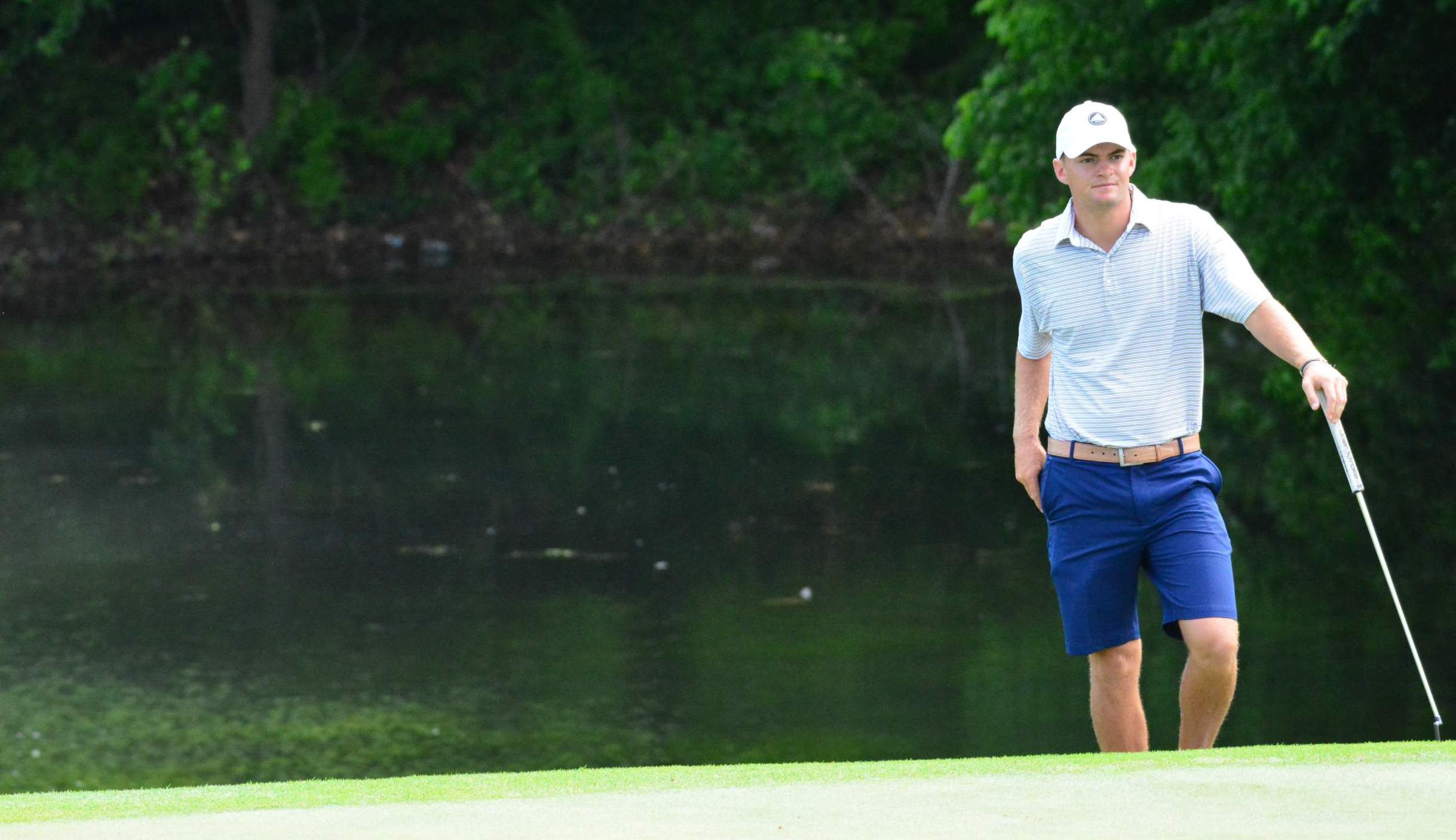 HEAD COACH BRUCE HEPPLER SAYS – “We certainly wanted to get to match play, because if you do, you have a chance to win the tournament. But this is a really difficult place, and I don’t think we ever got the right mindset of if you get in a bad place, you cut your losses. We made a lot of really big numbers, instead of just taking a bogey and moving on. But they fought, I thought. They’ve been here now, and know what it’s about. This place was very challenging, and we just didn’t handle it as well as I hoped we would.”

TECH’S NCAA CHAMPIONSHIP HISTORY – Georgia Tech reached the NCAA Championship finals for the 29th time since 1985 (30th time in program history), which is tied for fifth most in that time period behind Oklahoma State (34), Arizona State (32), Florida (31) and Texas (31). Tech has posted nine top-8 finishes in the last 15 tries. 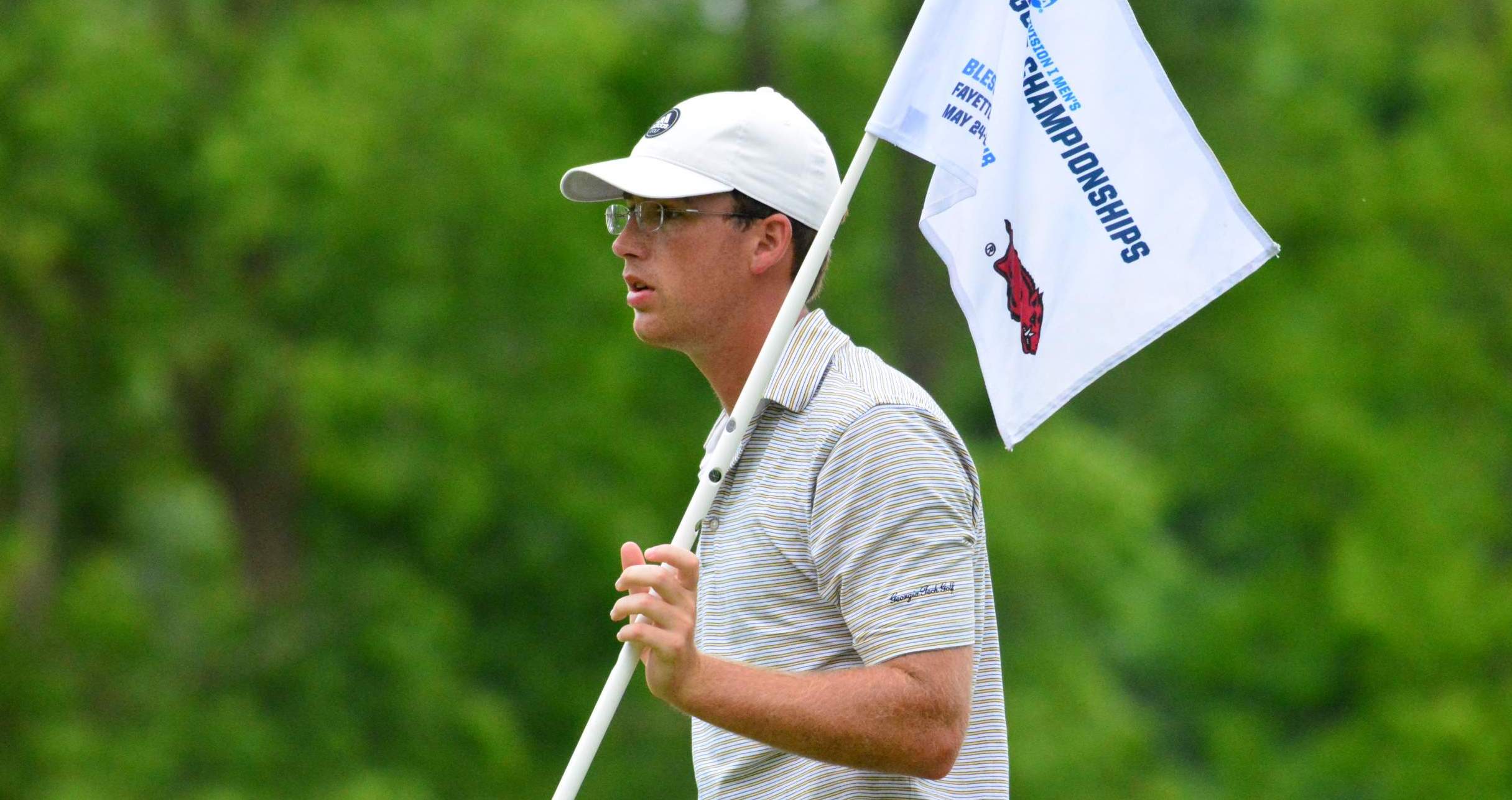 Andy Ogletree played his last 17 holes 2-under-par for a 74 Sunday, and tied for 96th place.