Las Vegas, Nev.  –  Georgia Tech held onto its lead after 36 holes at the Southern Highlands Collegiate golf tournament, getting under-par performances Monday from Luke Schniederjans (69), Tyler Strafaci (70) and Andy Ogletree (71), and the Yellow Jackets enter the final round with a one-stroke lead over Stanford and two over Oklahoma.

TECH LINEUP – Georgia Tech, who played the front nine in 3-over-par and fell behind by as many as seven strokes, started a back-nine charge with six birdies and an eagle on the 13th and 14th holes to overtake Stanford and Oklahoma. Noah Norton, Tyler Strafaci and Andy Ogletree all birdied the par-5 18th to keep the lead for the Yellow Jackets.

The Yellow Jackets lead the field in birdies with 39, and are in the top five of the field in scoring average in par 3s, par 4s and par 5s. 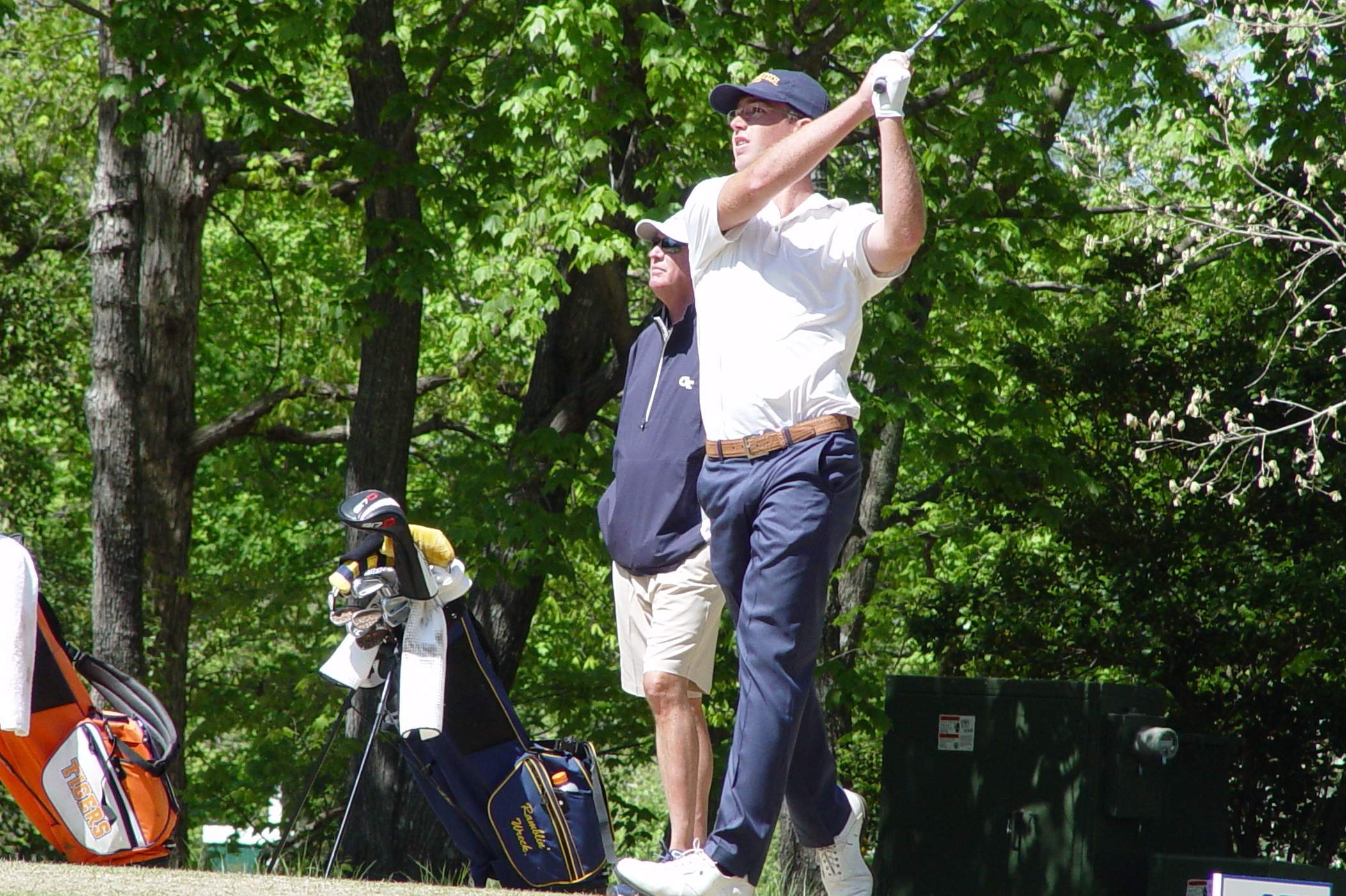 TEAM LEADERBOARD – Georgia Tech began the day one stroke ahead of Stanford, and it remained that way after both teams posted a team score of 282 (-6). Tech finished 36 holes at 11-under-par 565, while Stanford has a 10-under-par total of 566. The Cardinal and No. 11 Oklahoma stormed out of the gate on the front nine while the Yellow Jackets struggled on the front nine, but the fortunes reversed for all three teams on the back side. The Sooners are in third place at 568 (-8).

INDIVIDUAL LEADERBOARD – UNLV’s Jack Trent, who shared the first round lead with Tech’s Noah Norton, shot 68 Monday to build a three-stroke lead in the medal race, finishing 36 holes at 9-under-par 135. Stanford’s Brandon Wu and Texas Parker Coody are tied for second place at 138 (-6).

COACH BRUCE HEPPLER SAYS – “Conditions were ideal today with weather; the course was still firm, but it was gettable. We were way back and did a nice job of hanging in there. They just kept playing. That’s what good teams do.”

TOURNAMENT INFORMATION – Georgia Tech is making its 16th appearance in the Southern Highlands Collegiate and first since 2014. The 54-hole event concludes Tuesday with a shotgun start at noon Eastern time, and is played at the Southern Highlands Golf Club, a 7,374-yard, par-72 layout. The four low scores for each team are counted each round for the team total, and individual ties will be broken by a sudden-death playoff.