THE FLATS – For the first time since 2009, Georgia Tech has a representative on the United States team, senior Andy Ogletree of Little Rock, Miss., for the Walker Cup match, which will be contested Saturday and Sunday at Royal Liverpool Golf Club in Hoylake, England.

The ninth Georgia Tech alumnus or student-athlete to compete in the Walker Cup, the 21-year-old Ogletree earned his spot on the U.S. team after winning the U.S. Amateur Championship Aug. 18, at Pinehurst, N.C., becoming the third Yellow Jacket player to win the national title.

EVENT INFORMATION – The Walker Cup is contested every two years between top amateur players from the United States against a team from Great Britain and Ireland. Each of the two competition days features foursomes (alternate-shot) matches in the morning followed by singles matches in the afternoon. On Saturday, there are eight singles matches, while all 10 players from each side compete in singles on Sunday. One full point is awarded for each victory, while a half-point is earned for matches that are all square after 18 holes. The USA needs 13 points to retain the Cup, while GB&I requires 13.5 points to reclaim it. The USA produced a dominating 19-7 victory over Great Britain and Ireland at The Los Angeles (Calif.) Country Club for the second-largest margin of victory in the history of the biennial competition.

TECH’S WALKER CUP HISTORY – Prior to this year, eight Georgia Tech alumni or student-athletes have competed in a total of 14 Walker Cup matches with great success, helping the United States post a 9-3 record.

David Duval led the U.S. to victory in 1991 at Portmarnock Golf Club in Dublin, Ireland following his sophomore year at Georgia Tech. Matt Kuchar and Bryce Molder both played on the 1999 team which lost in Nairn, Scotland. Molder made the team again in 2001, when the U.S. lost at Ocean Forest Golf Club Sea Island, Ga.

More recently, Nicholas Thompson was on the winning U.S. side in 2005 at Chicago Golf Club in Wheaton, Ill., while Cameron Tringale helped lift the Americans to a 2009 victory at Merion Golf Club in Ardmore, Pa.

Practice Round at 2019 Walker Cup

Practice Round at 2019 Walker Cup 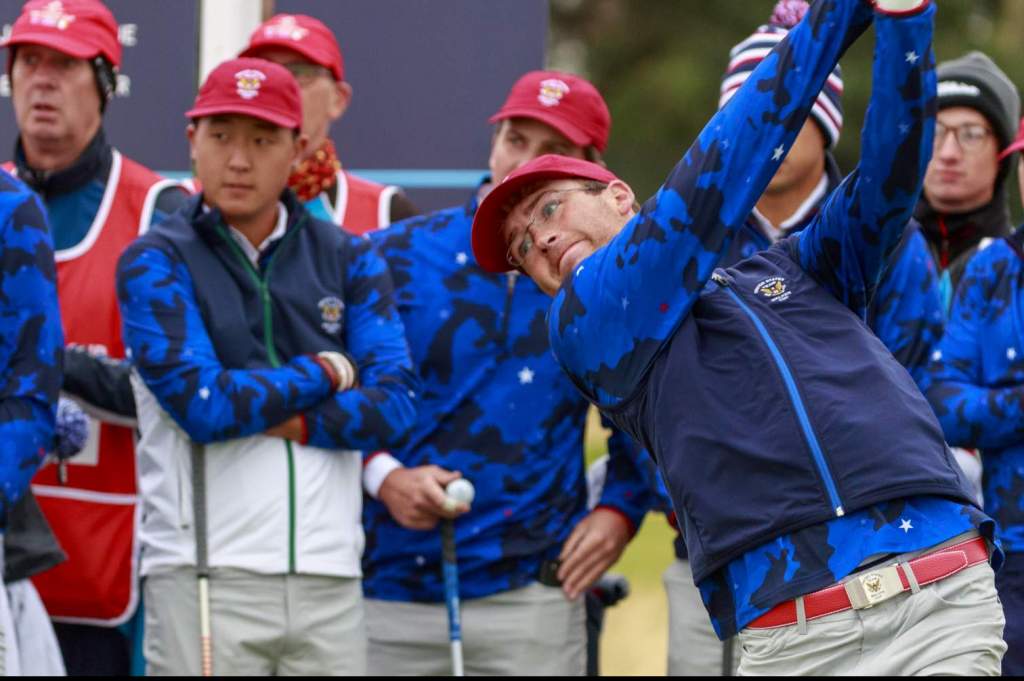 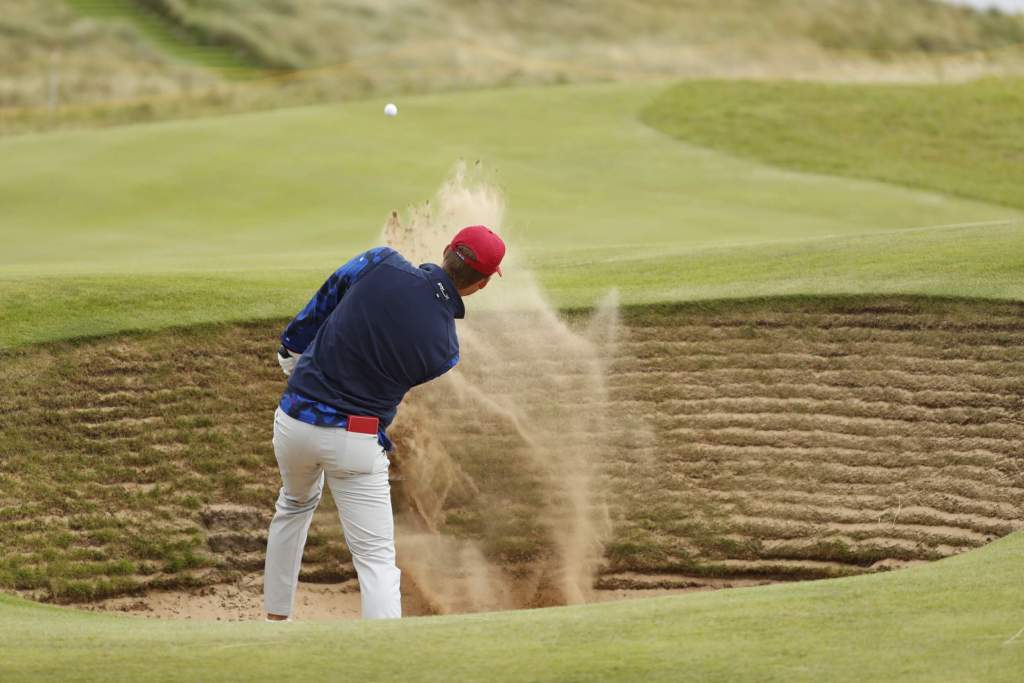 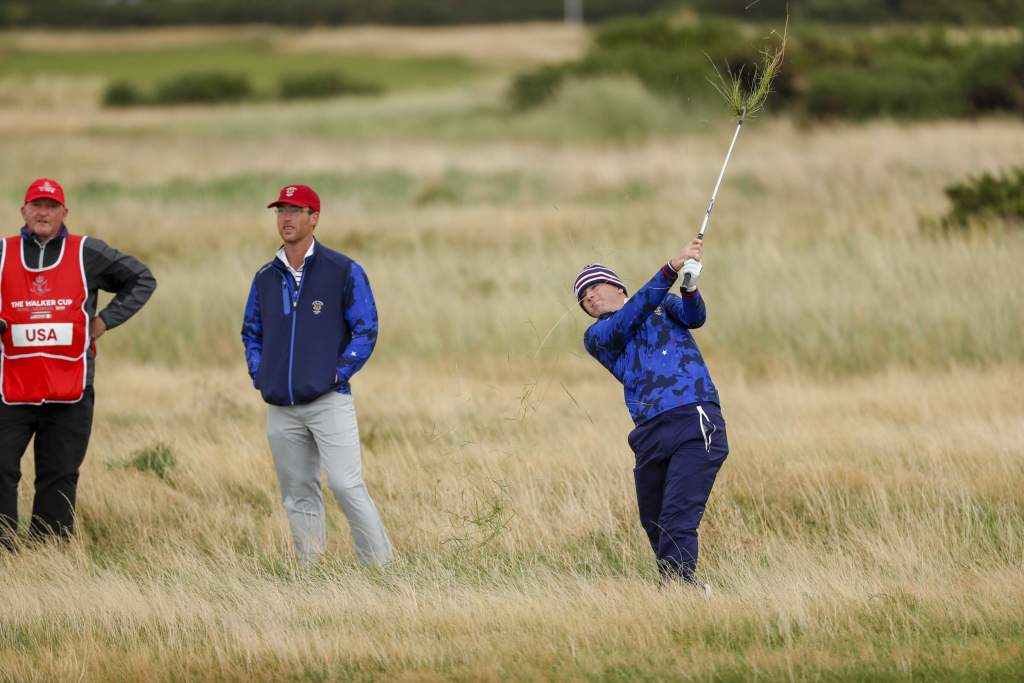 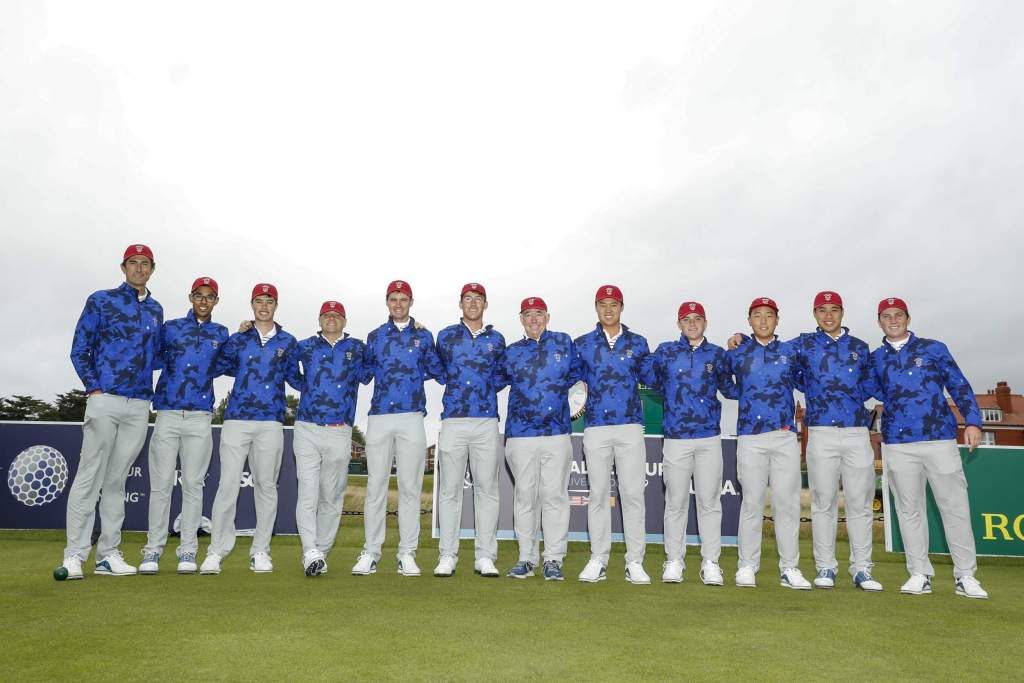 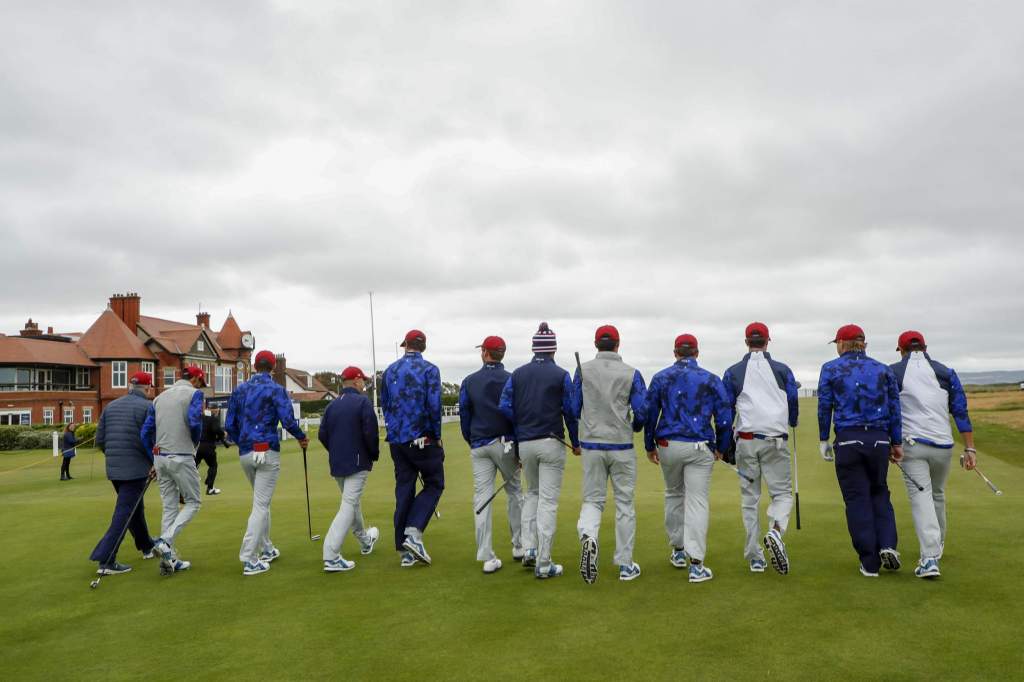 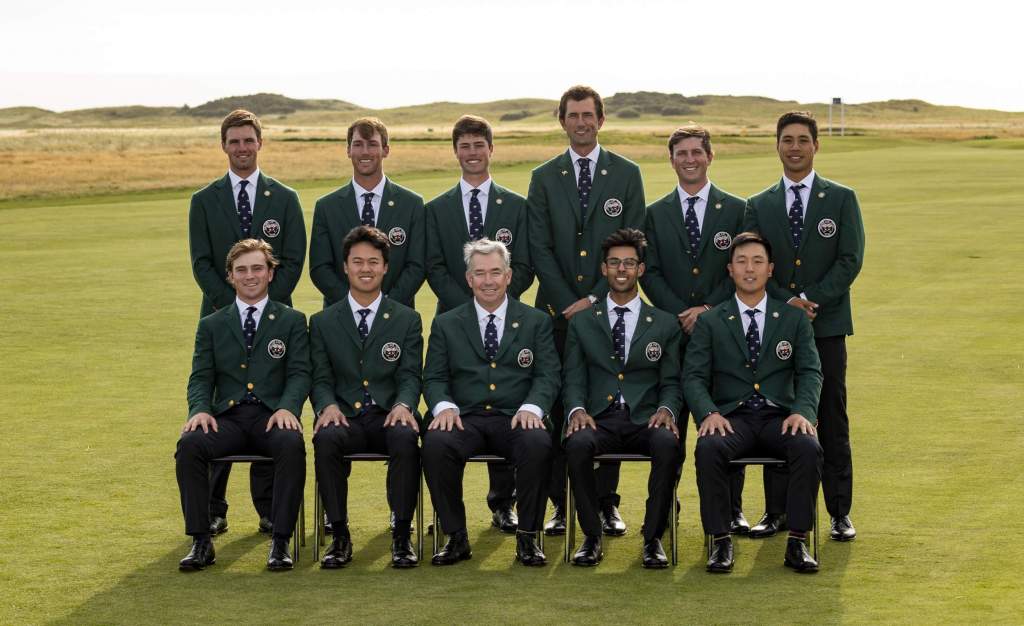 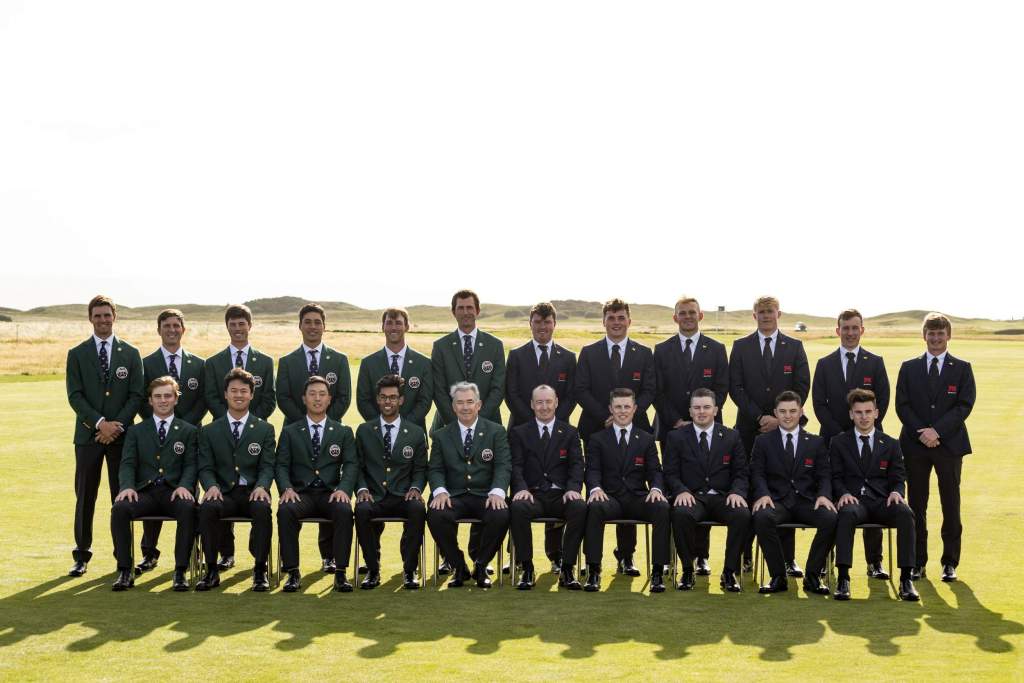 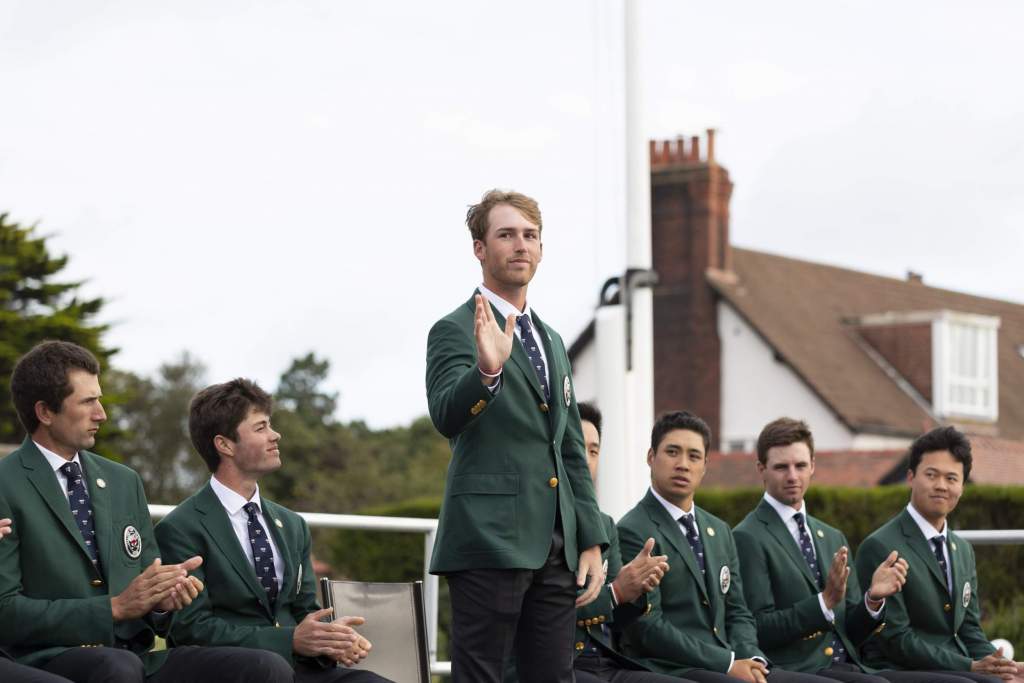 HOW OGLETREE GOT HERE

The American team in a relaxed mood with The #WalkerCup beginning in less than 48 hours pic.twitter.com/BA4lWXTXR7

"“The wind here affects the ball a lot more than it does in the States, especially crosswinds,” said reigning U.S. Amateur champion Andy Ogletree, one of six Americans experiencing such conditions for the first time. “Our start lines are much more off-line than in the States, too. So you have to trust more. There are no tree lines either, just fairway and rough. There’s not a lot of stuff to aim at. You’ve got to be really specific with where you start the ball. And get it on the ground as soon as possible.”"