Westlake Village, Calif. – Will Dickson shot a 1-under-par 71 Tuesday, and No. 20 Georgia Tech improved nine strokes for a 6-over-par 294 and is tied for sixth place after the second round of the Southwestern Invitational. Dickson is Tech’s top individual after 36 holes, tied for ninth place at even-par 144.

Weather conditions and scoring improved Tuesday at North Ranch Country Club, the Yellow Jackets posted a 15-over-par score of 303 and sit in sixth place in a 12-team field loaded with some of the nation’s top programs. Four teams were able to post a subpar round Tuesday, led by host Pepperdine’s 11-under-par 277 on the 6,992-yard, par-72 layout.

TECH LINEUP – Dickson, a senior from Providence, R.I., playing only his fourth collegiate event, and second as a counting member of Tech’s travel team, had six birdies on his card Tuesday, four of them in succession on holes 4-7 after an opening bogey. The Jackets’ top finisher last week at the Camp Creek Seminole Invitational in Florida, he is bidding to do so again.

Junior Connor Howe (Ogden, Utah) and sophomore Luka Karaulic (Dacula, Ga.) each shot 74 Tuesday for the Yellow Jackets, and freshman Christo Lamprecht (George, South Africa) added a 75 to count toward the team total. Lamprecht is tied for 18th place individually with a 36-hole total of 147 (+3), while Howe and Karaulic are tied for 40th place at 153 (+9). 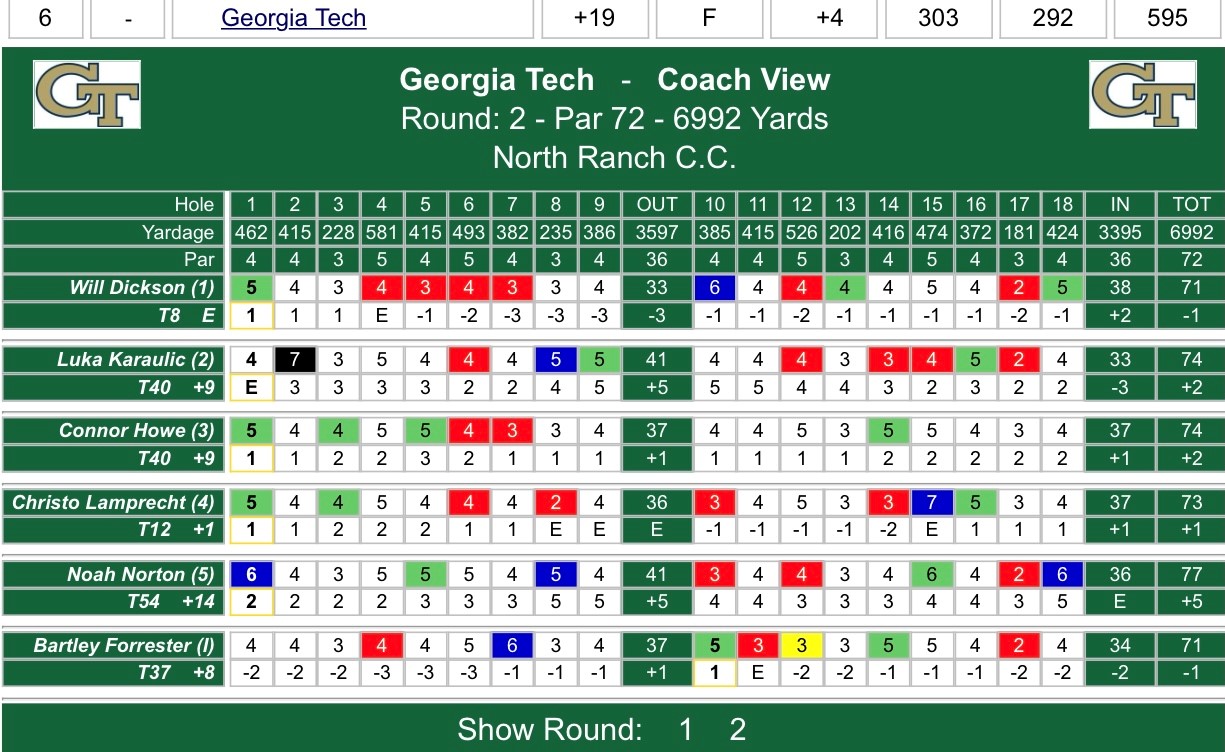 TEAM LEADERBOARD – Arizona State opened a five-stroke lead over Louisville on the strength of a 66 from individual leader David Puig and a 69 from Cameron Sisk, posting a 6-under-par round of 282 and finishing 36 holes at 2-under-par 574. The Cardinals got a 68 from Trevor Johnson and a 68 from Matthias Schmid and shot a 5-under-par 283 Tuesday for a two-round score of 579 (+3).

INDIVIDUAL LEADERBOARD – Arizona State’s David Puig followed his opening 70 with a 66 Tuesday for a two-round total of 134 (-8), three shots clear of Louisville’s Matthias Schmid (139, -5), who posted a 68 Tuesday.

Youssef Guezale of San Diego State (68 Tuesday) and Noah Goodwin of SMU (71) are tied for third place at 3-under-par 141.

Four players are tied at 1-under 143, with Tech’s Will Dickson in a group of three players at even-par 144. 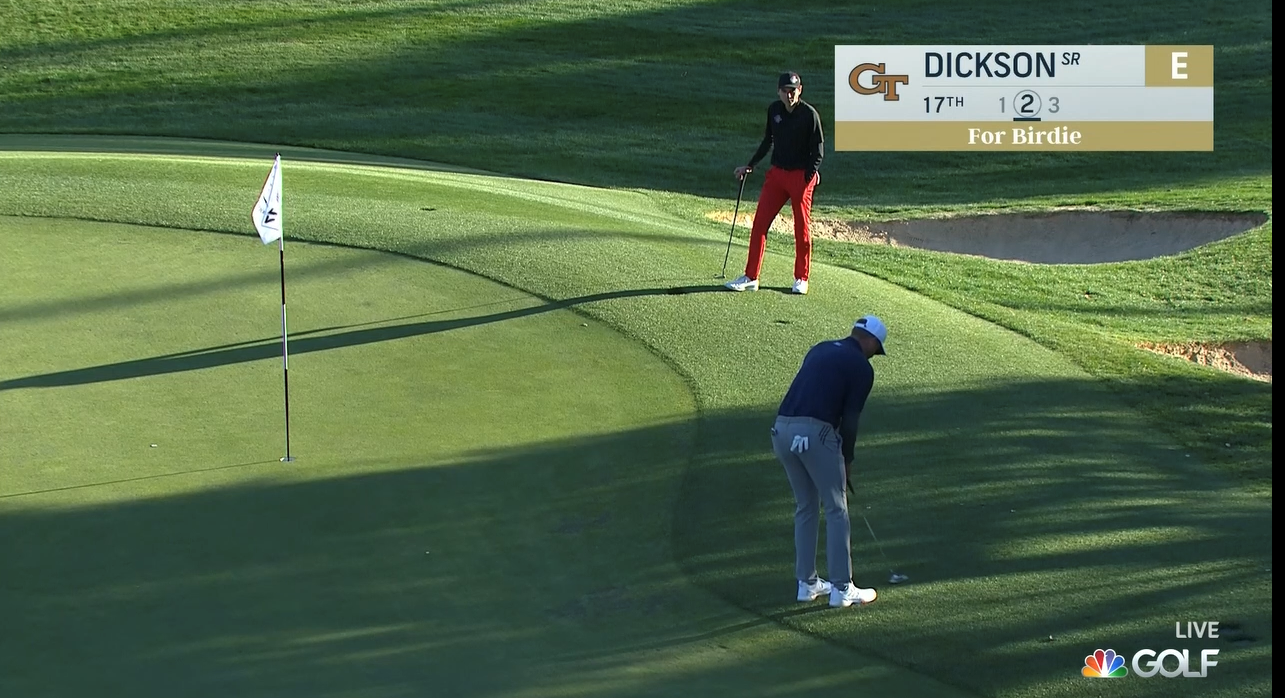