Pinehurst, N.C. – For the first time since Matt Kuchar captured the title in 1997, Georgia Tech has a player in the U.S. Amateur finals after senior Andy Ogletree defeated Mississippi high school junior Cohen Trolio, 3 and 1, Saturday afternoon at the Pinehurst Resort’s famed No. 2 course.

Ogletree, the No. 20 seed from Little Rock, Miss., never trailed in his match with No. 57 Trolio, winning the first and third holes to go 2-up. But the Tech senior was never able to put way the West Point, Miss., native, who bogeyed his first seven holes, until late in the back nine. Three times, Trolio got within one hole, the last time at No. 14, but each time Ogletree answered.

Ogletree hit a monster drive and stuck his approach close at the 526-yard, par-4 16th to win with a par and go back to 2-up. At the 17th, the Tech senior dropped a 6-iron to within three feet at the 206-yard par-3 hole. He won the hole and the match after Trolio ran his second shot from a bunker well past the hole, then conceded Ogletree’s putt. The birdie was only the second of the round for Ogletree, who played the 17 holes in 7-over-par. Ogletree’s score is the highest in relation to par for a semifinal winner in at least the last 11 years.

“It means a lot to get to this point,” said Ogletree, No. 120 in the WAGR. “I’ve been playing since I was 4 years old. All the hard work that I’ve put in over the years – the late-night range sessions, all the times my dad would drive me to golf tournaments – it’s all kind of come together, and it’s unbelievable.”

John Augenstein, a Vanderbilt senior from Owensboro, Ky., will be Ogletree’s opponent in the 36-hole championship match on Sunday. Augenstein got past No. 46 William Holcomb V of Crockett, Texas, 3 and 2, in the other semifinal. Neither Ogletree nor Augenstein has faced a deficit larger than 1 down in their first five matches.

Sunday’s 36-hole final will be played on both the No. 4 (morning round) and No. 2 (afternoon round) courses. The match begins at 9 a.m., and Fox television coverage begins at 3 p.m.

“I’ve actually never played with John, which is crazy, because we’ve grown up playing the same tournaments forever, and we play Vanderbilt in a lot of tournaments,” said Ogletree. “I know he’s a competitor. A lot of people say he’s a bulldog. But I actually just saw a Tweet that said John is the only one with credentials here. That’s kind of got me motivated and ready to go tomorrow.” 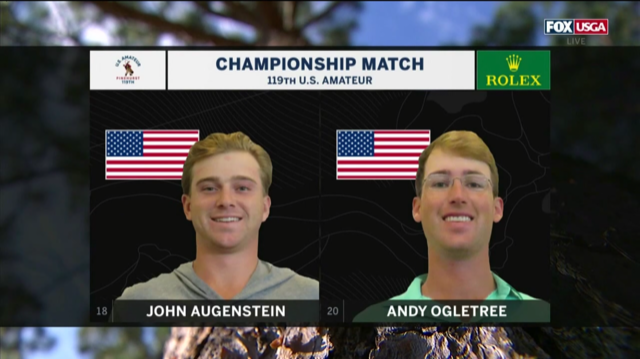 Andy Ogletree hit all the shots down the stretch in his 3-and-1 victory over fellow Mississippi native Cohen Trolio in the 2019 #USAmateur semifinals and earned the @Lexus Top Performance of the Day. pic.twitter.com/b8UFvIHTIy

This amazing shot sent Andy Ogletree to the final match of the 119th #USAmateur and an exemption to the 2020 #USOpen! pic.twitter.com/HzNaeBRmFx

As finalists, Ogletree and Augenstein will likely earn invitations to the 2020 Masters Tournament, and the champion will earn an exemption to the 2020 U.S. Open Championship. The winner will also earn a spot on the 2019 USA Walker Cup team and in the 2020 Open Championship, conducted by The R&A.

Ogletree advanced to match play by tying for 18th place in the 36-hole stroke-play portion of the championship, then beat No. 45 Chandler Phillips, a senior at Texas A&M, 4 and 3 in the opening round Wednesday. Thursday, he defeated No. 52 Maxwell Moldovan of Unionville, Ohio, in 19 holes, in the round of 32 and No. 29 Blake Hathcoat of Fresno, Calif., 5 and 4, in the round of 16. He defeated No. 12 seed Spencer Ralston, 6 and 5, Friday in the quarterfinals.

Tech’s top-ranked player at the end of the spring college season (No. 19), Ogletree qualified for the championship for the fourth time in five years, and last advanced to match play in 2017. The Little Rock, Miss., senior was a second-team All-American and an All-Atlantic Coast Conference choice this spring after posting four top-10 finishes, including a runner-up showing at the ACC Championship.

Ogletree’s Road to the Semifinals 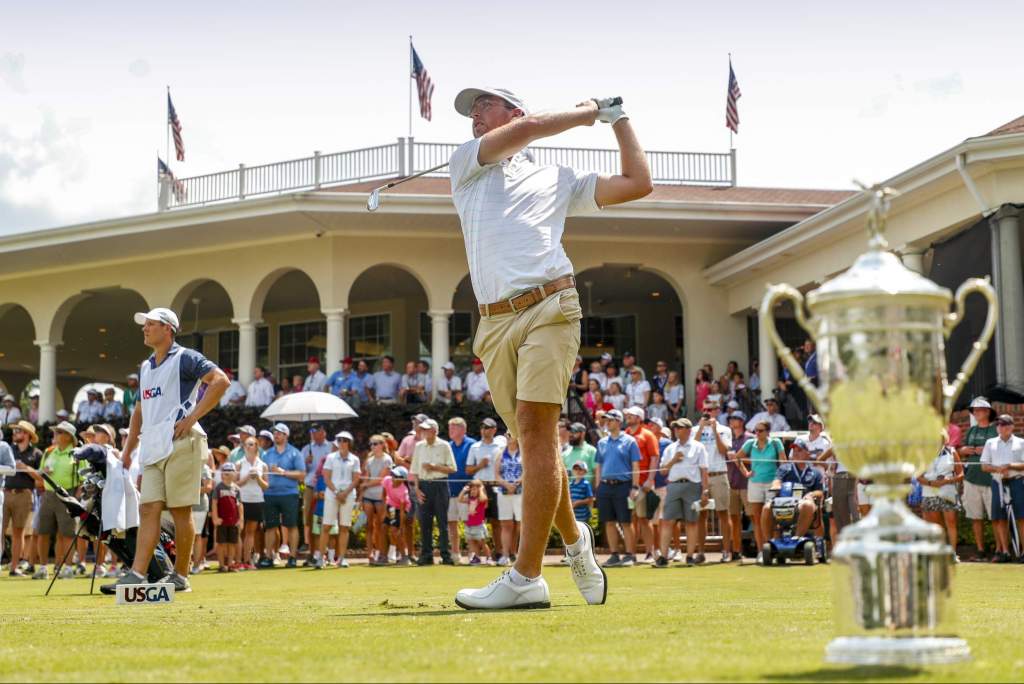 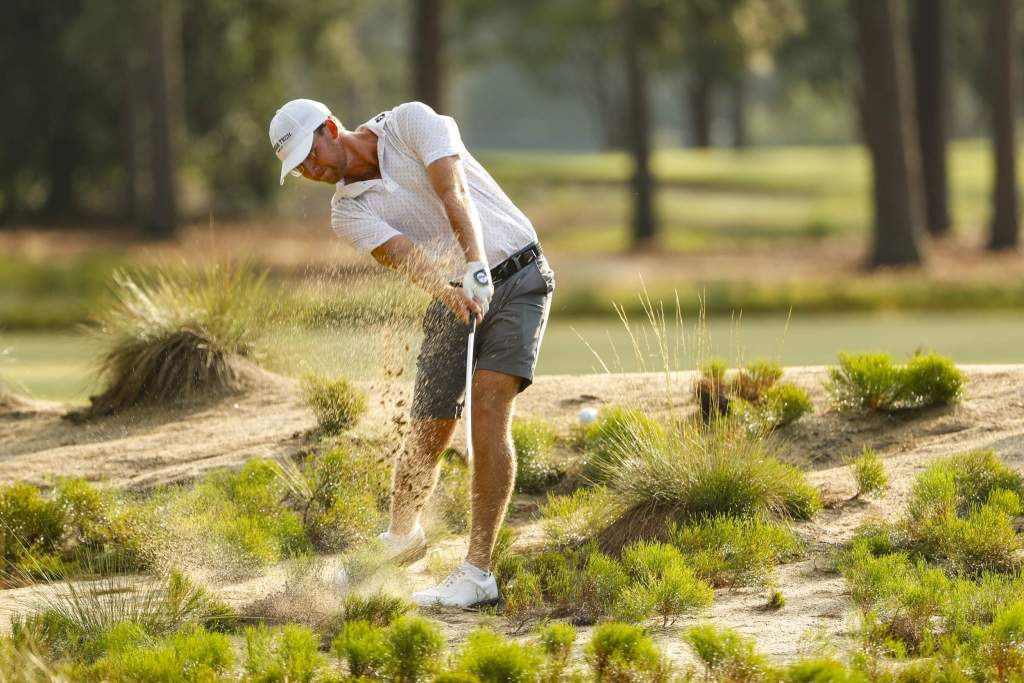 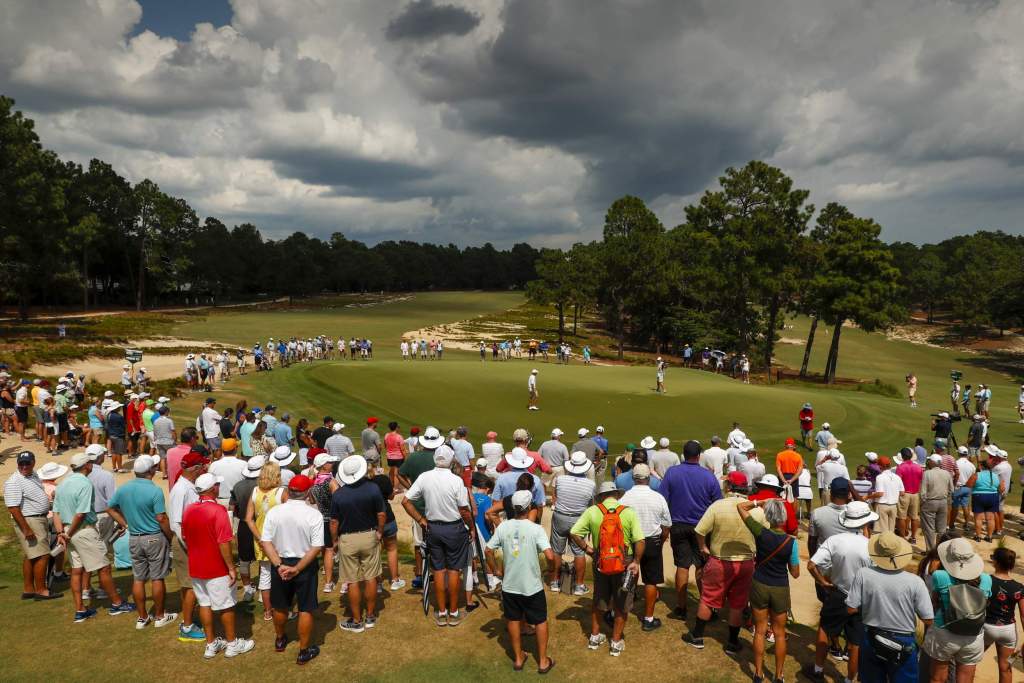 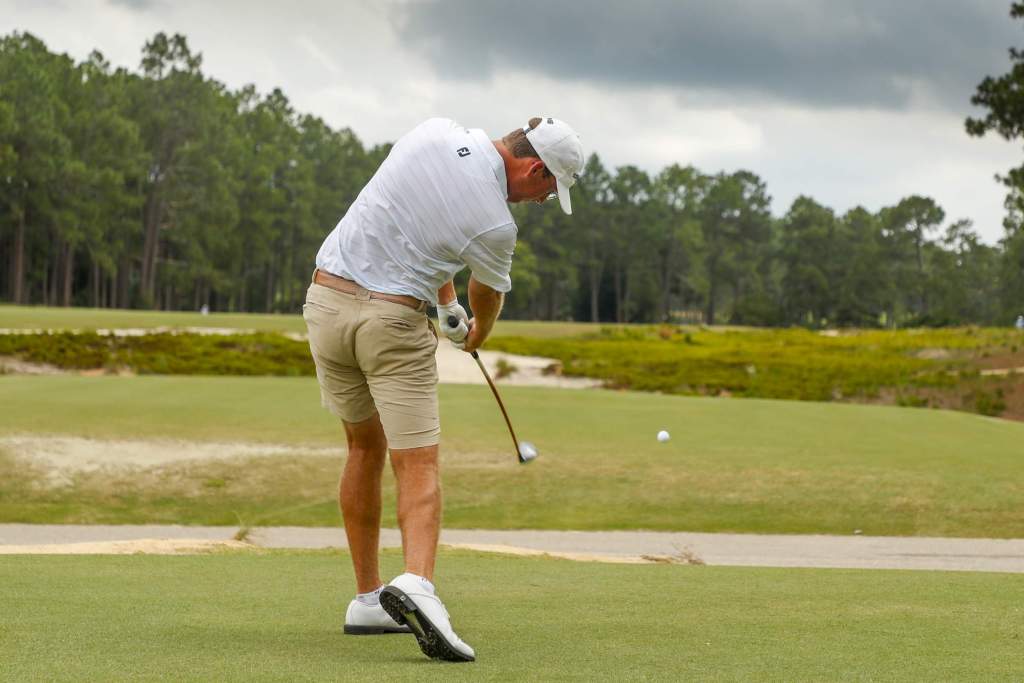 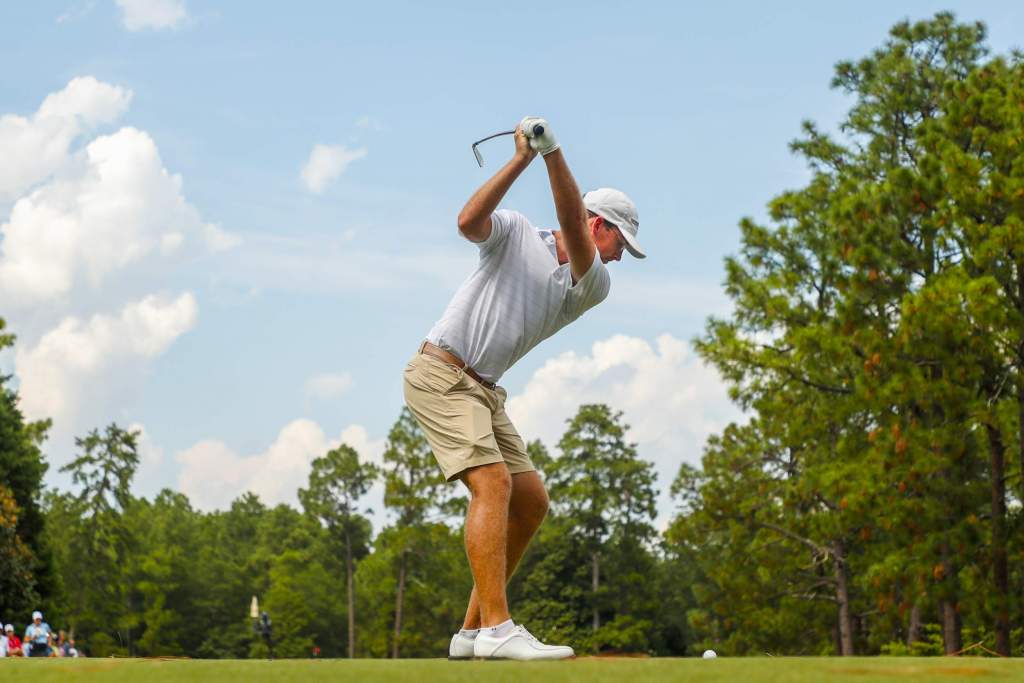 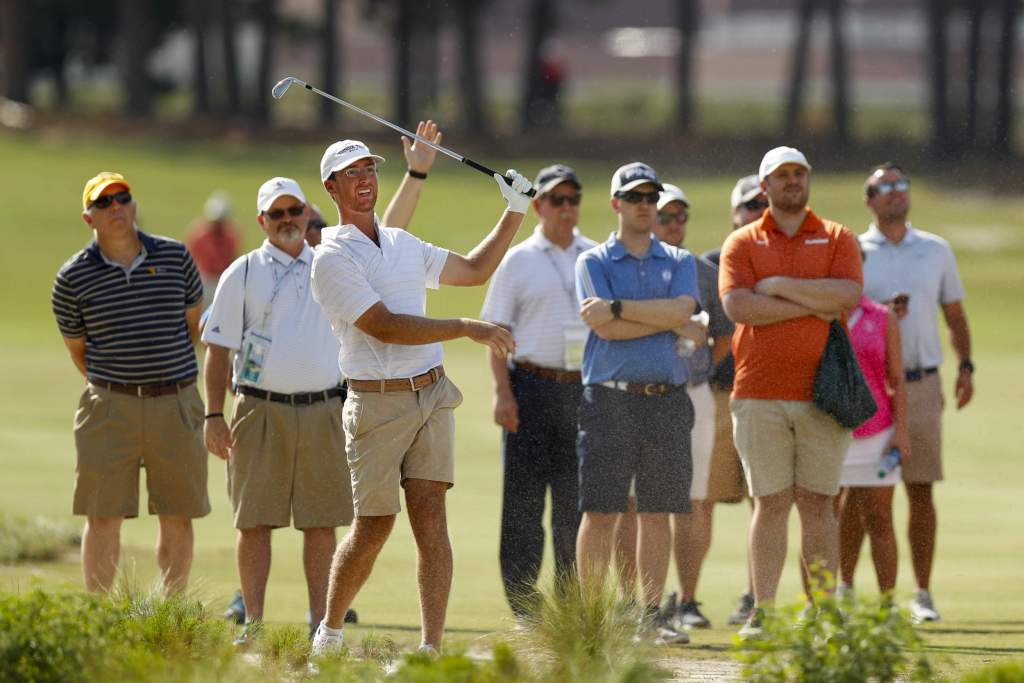 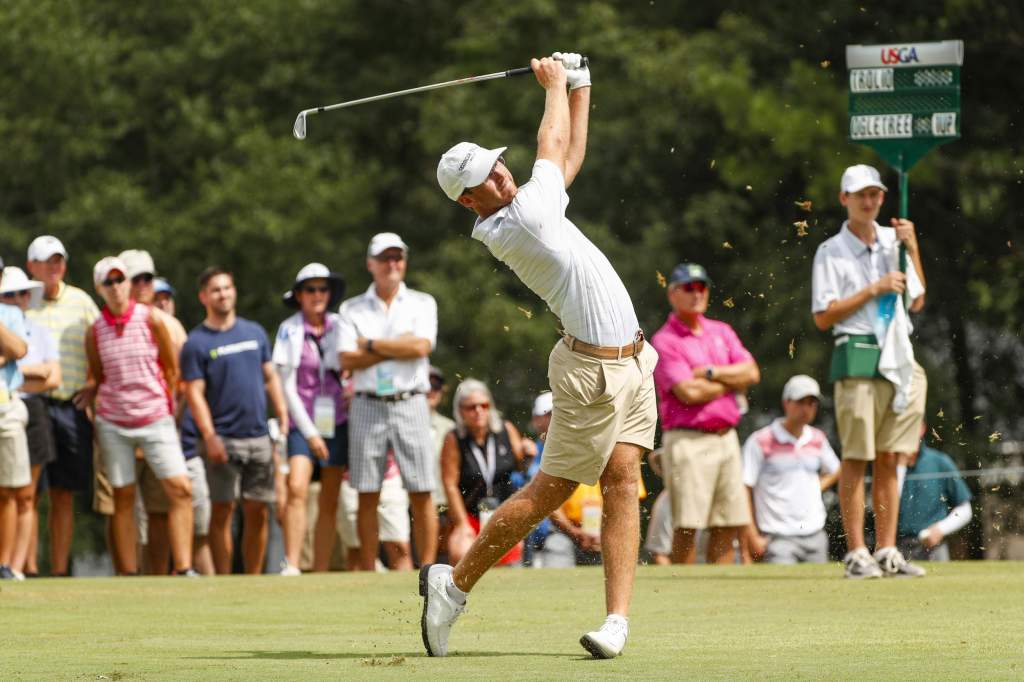 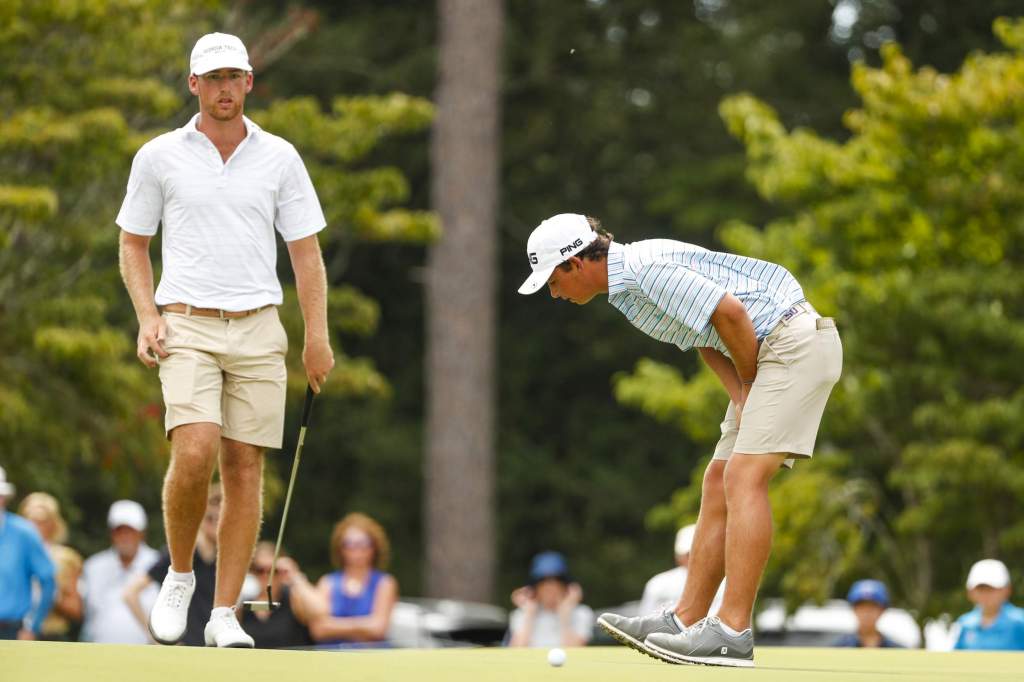 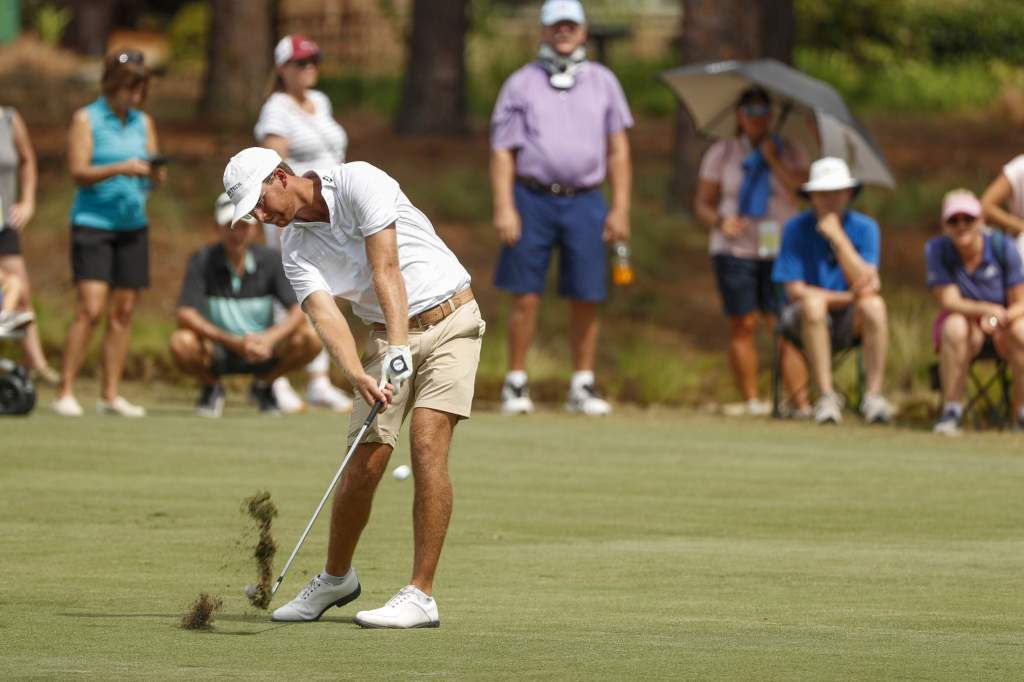 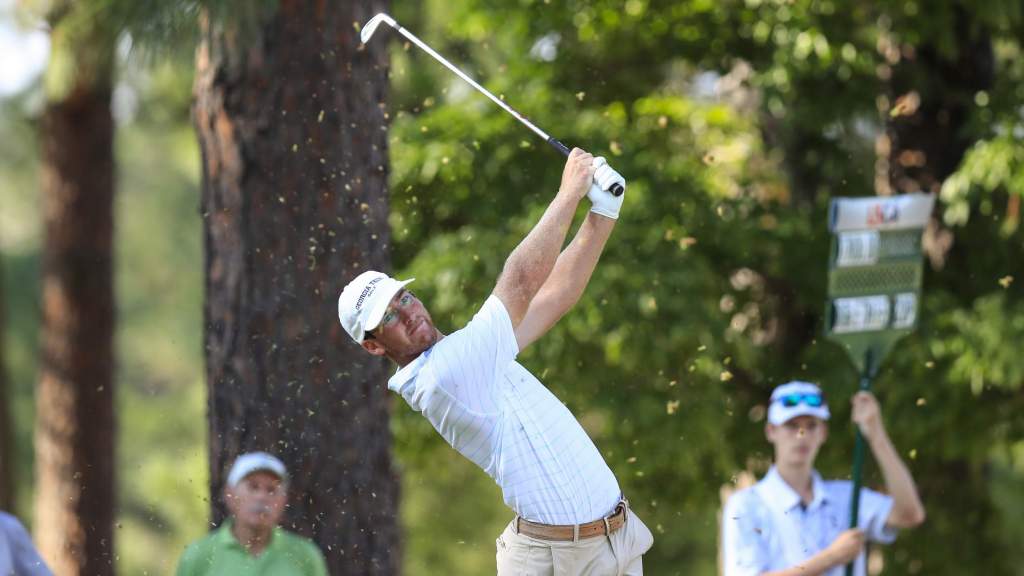 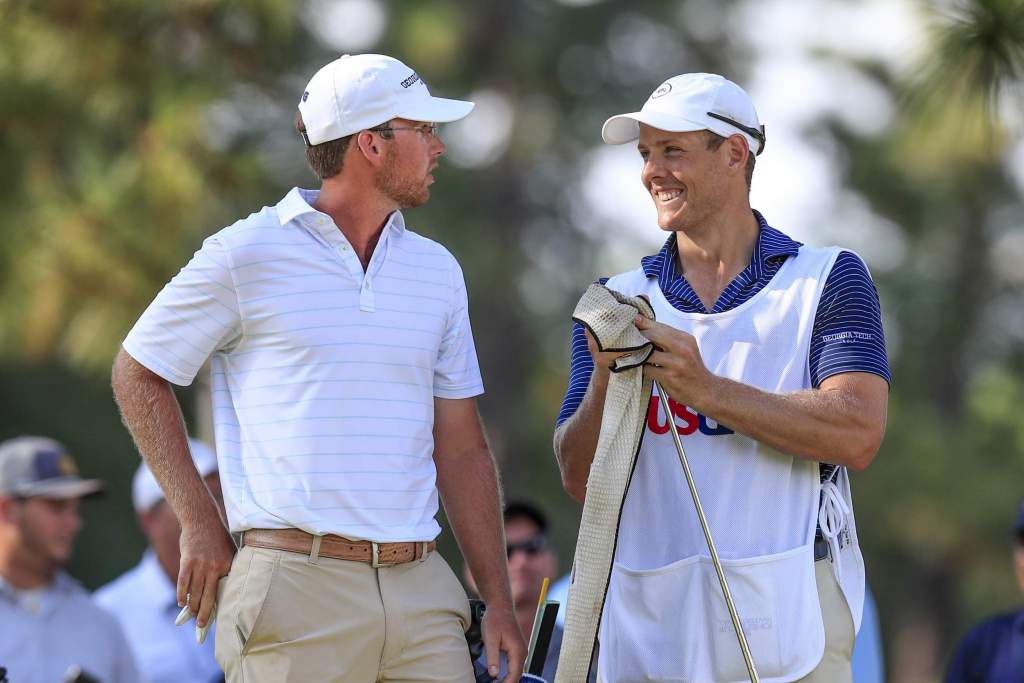