THE FLATS – Georgia Tech’s golf team, ranked No. 3 in the preseason by the Golf Coaches Association of America and No. 4 by Golfweek magazine, gets its fall schedule underway this weekend with the 31st Carpet Capital Collegiate at The Farm Golf Club in Rocky Face, Ga.

TOURNAMENT INFORMATION – The Carpet Capital Collegiate is being played Friday through Sunday at The Farm Golf Club, a 7,180-yard, par 72 layout designed by Tom Fazio near Dalton, Ga. The Yellow Jackets have been the institutional host of this event since its inception in 1989, winning or sharing nine titles, most recently last fall with Tennessee. The 15-team field for this year’s event includes Clemson and Virginia from the Atlantic Coast Conference, as well as Auburn, Alabama, South Carolina and Tennessee from the Southeastern Conference. 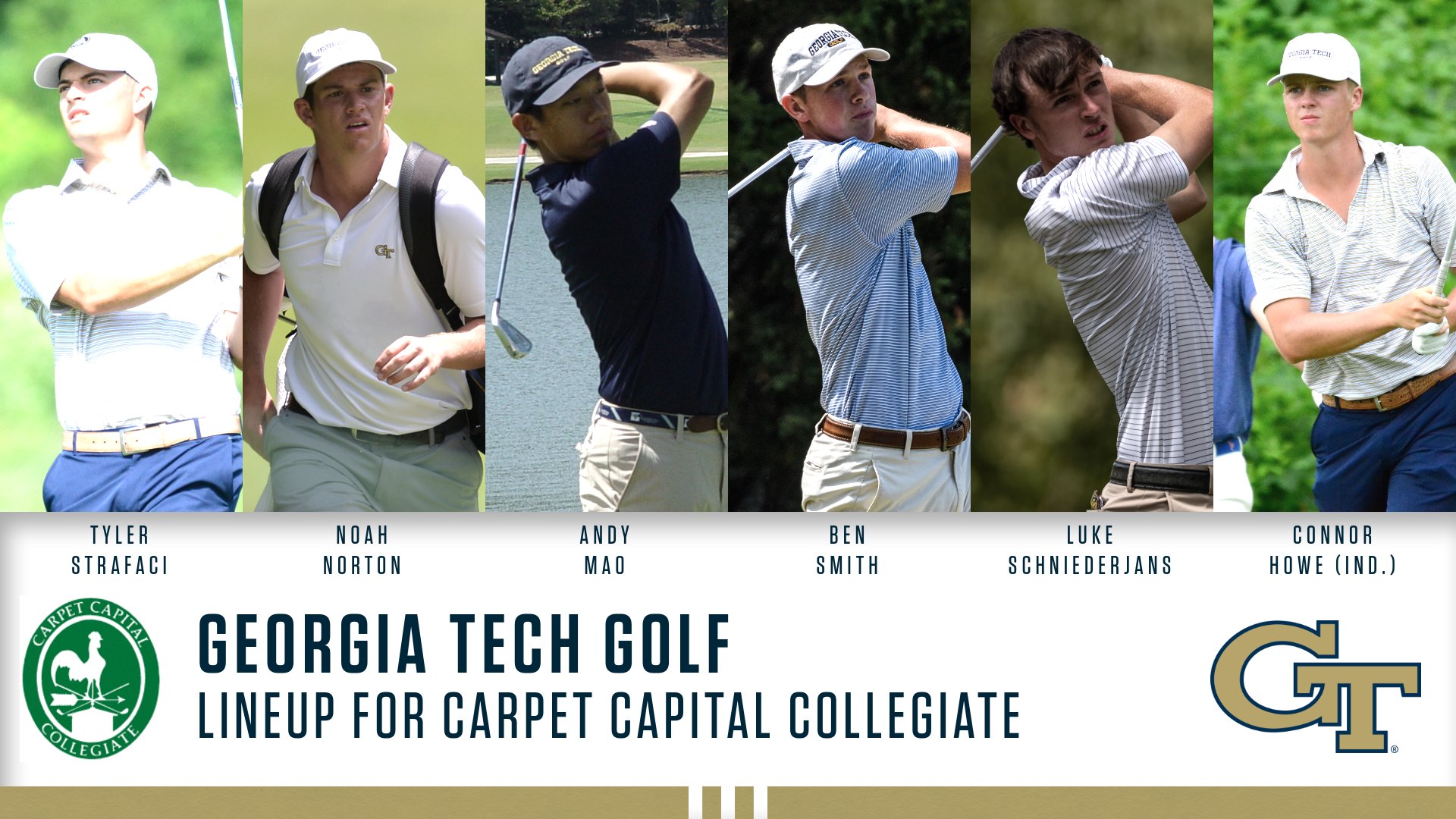 TEAM UPDATE – Head coach Bruce Heppler’s 25th Yellow Jacket team is ranked No. 3 behind 2019 NCAA runner-up Texas and Arizona State in the coaches poll. The Longhorns received nine of the 23 first-place votes, while the Sun Devils received two and Tech got three. NCAA semifinalists Oklahoma State (three first-place votes) and Vanderbilt (one first-place vote) round out the top five. NCAA quarterfinalists Wake Forest and Oklahoma, Auburn, the defending NCAA Champion Stanford, and Pepperdine all begin the season in the top 10.

TECH LINEUP – While Tech does return all five starters from last year’s team, it will have a pair of new faces in the lineup this week. Senior Andy Ogletree (Little Rock, Miss.), who won the U.S. Amateur Championship in August, is in Hoylake, England with the USA team for this weekend’s Walker Cup matches. Sophomore Connor Howe (Ogden, Utah), who played No. 5 on last year’s team in the postseason, finished sixth in the team’s preseason qualifying tournament and will compete this weekend as an individual.

They’ll be joined by redshirt sophomore Ben Smith (Novi, Mich.), who saw action as an individual in only two events last year but won the Michigan Amateur Championship this summer, and Andy Mao (Johns Creek, Ga.), the Jackets’ only incoming freshman who won the Georgia state individual championship as a senior, had a strong summer and is ranked No. 10 nationally among all junior players, regardless of class, in the Golfweek/Sagarin Index.