Watersound, Fla. – Will Dickson fired a 2-under-par 70, and Bartley Forrester added a 1-under-par 71 Monday as Georgia Tech posted a 2-over-par score of 290 and moved up to sixth place after 36 holes at the Camp Creek Seminole Invitational in Watersound, Fla.

TECH LINEUP – Dickson, a senior from Providence, R.I., making his first start as a counting member in the Yellow Jackets’ lineup, had six birdies to offset four bogeys Monday in posting his 70. He finished two rounds at 2-under-par 142, good for a tie for ninth place individually.

Forrester, a sophomore from Gainesville, Ga., who didn’t count for the Jackets in Sunday’s opening round, rallied from a 2-over hole after nine holes Monday to play a bogey-free, 3-under-par back nine and card a 71. He is tied for 46th place at 151 (+7) for 36 holes. 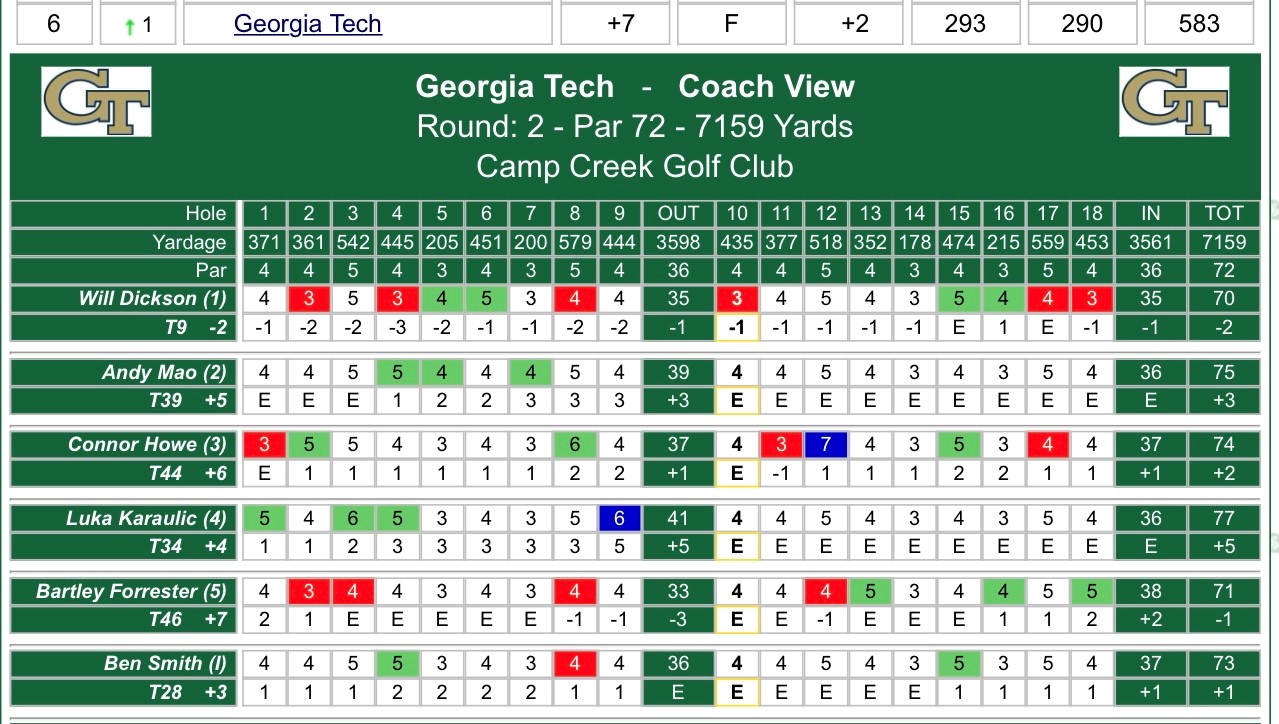 TEAM LEADERBOARD – No. 17 Wake Forest, which began the day in second place, erased a six-stroke deficit to No. 25 Clemson with an 8-under-par round of 280, finishing 36 holes at 14-under-par 562. The Tigers played the par-72 Camp Creek Golf Club even (288) and dropped two strokes behind the Demon Deacons, posting a two-round total of 564 (-12). Host Florida State posted the day’s low round of 279 (-9) and joined the Tigers in second place.

INDIVIDUAL LEADERBOARD – Clemson’s Jacob Bridgeman followed his opening 64 with a 66 Monday for a 36-hole total of 130 (=14), opening a six-shot lead over North Carolina’s Peter Fountain, who matched his opening 68 and holds solo second place at 8-under-par 136.

Michael Brennan, who led the charge for Wake Forest Monday by carding a 66, is tied for third place at 4-under-par 140 with his teammate, Parker Gillam, and a pair of Florida State players in Vincent Norman and Cole Anderson. The Seminoles’ Greyson Porter and the Demon Deacons’ Mark Power are tied for seventh at 3-under 141.

Georgia Tech’s Dickson is part of a four-player tie for ninth place at 142 (-2).

Sixteen of the 60 competitors in the field are under par through 36 holes. 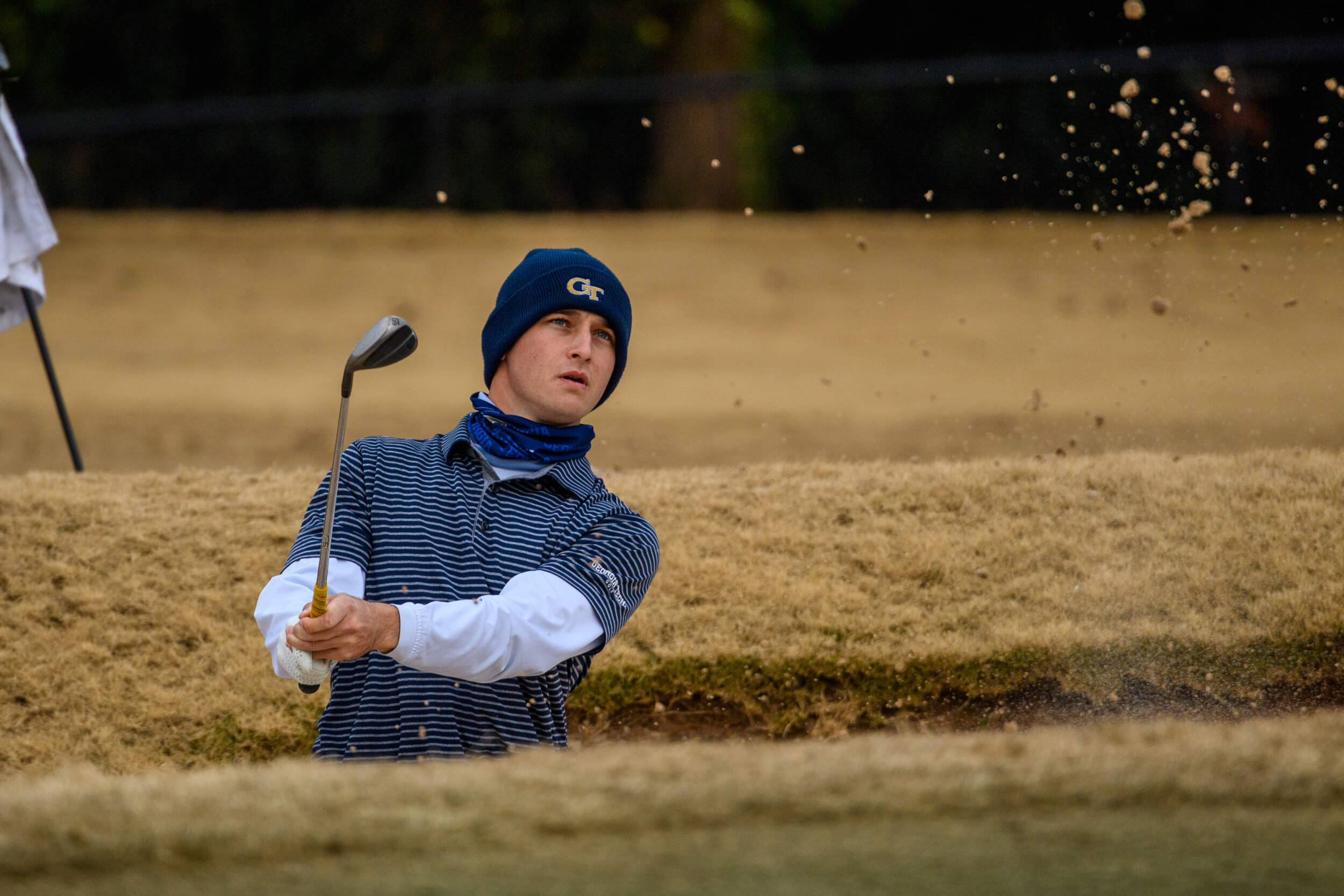 "I thought we might have a chance to get it under par today, but we stumbled a little bit late. We were a little more comfortable today. It’s a challenging course, the greens are big, and there’s an art to getting the ball in the right position and giving yourself a chance to make putts. Will has played really well, and he would have been even better if not for a couple of three putts. We just need to keep getting a little better every day, it’s just experience. The other teams here have a lot of their best players back."