THE FLATS – Chesson Hadley and Roberto Castro make it to the weekend at Valspar Championship … Paul Haley II and Vincent Whaley play the weekend on Web.com Tour … Tour split this week with WGC event in Austin, Texas, PGA Tour event in the Dominican Republic … this and more in the Georgia Tech #ProJackets Golf Report.

The difficult Copperhead course at Innisbrook Resort claimed five of the seven Yellow Jackets in the Valspar Championship last weekend, as only Chesson Hadley and Roberto Castro made the 36-hole cut. Castro stayed around the top 10 through Saturday but dropped from contention with a Sunday 81 and tied for 68th, while Hadley also struggled on the final day with a 77, finishing tied for 65th.

Seth Reeves and Cameron Tringale, who also missed the cut at Innisbrook last weekend, continue this week at the Corales Puntacana Resort and Club Championship in the Dominican Republic along with Anders Albertson, who returns after a week off. David Duval and Troy Matteson, who continue to compete on an occasional basis, are in the field as well, with Duval making his third start of 2019 and Matteson his second.

Matt Kuchar is back from a one-week break to compete in the Dell Technologies Match Play, the third World Golf Championship event of the 2018-19 season, in Austin, Texas. Currently ranked 24th in the world, Kuchar took home one of his nine career titles in this event in 2013 when it was played at the Golf Club at Dove Mountain in Marana, Ariz.

Based on his two career victories this season and his Official World Golf Ranking, Kuchar is one of two former Tech stars exempt into the U.S. Open, along with Cink, who gained his exemption by tying for fourth at last year’s PGA Championship. For the first time since 2011, any player winning multiple PGA Tour events since last year’s U.S. Open is exempt from qualifying, provided those events awarded full FedEx Cup points. Kuchar became the first player to be exempt for Pebble Beach because of his victories at the Mayakoba Classic and Sony Open (though he has moved up high enough in the world ranking he would have been exempt, anyway).

Cink and Kuchar also are both in the field for the Masters, entry gained via the same qualifications, along with 1987 champion Larry Mize.

Web.com Tour:  Paul Haley II looked like he might be on the way to his second career Web.com Tour victory last Thursday when he opened the Chitimacha Louisiana Open with a 64, matching his career low. But he was unable to keep up the pace and finished the tournament at 11-under-par 273, the second-best 72-hole score of his Web.com Tour career. It broke a streak of four straight missed cuts and stopped a free fall from a solid opening performance in the Bahamas back in January. 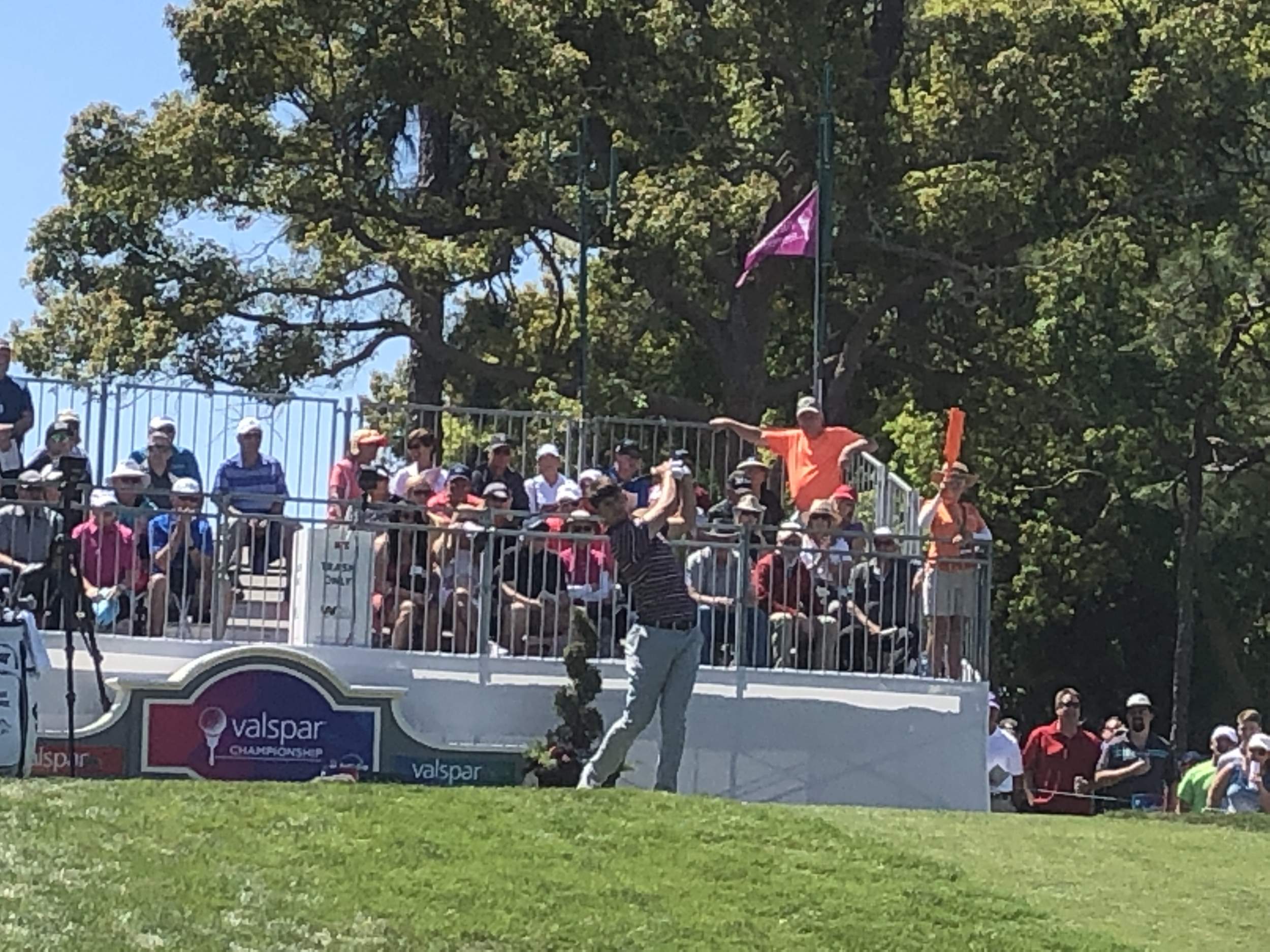