THE FLATS – Georgia Tech’s golf team will compete in a collegiate tournament for the first time since last March beginning Sunday when the 20th-ranked Yellow Jackets compete against a field composed entirely of Atlantic Coast Conference teams at the Camp Creek Seminole Invitational in Watersound, Fla.

Tech’s last competition was the Southern Highlands Collegiate at the beginning of March, 2020, before the onset of COVID-19 forced cancellation of its last two regular-season events, the ACC Championship and the NCAA regional and championship events. The Jackets were able to compete in various amateur events throughout the summer and fall as the continued presence of COVID led to cancellation of call college tournaments.

Head coach Bruce Heppler moved to add two events to the front end of Tech’s spring schedule, entering his team in the Camp Creek event that starts Sunday and the Southwestern Invitational Jan. 27-29 in Westlake Village, Calif. The Yellow Jackets’ slate includes seven events prior to the ACC Championship near the end of April, which will be played at the Capital City Club’s Crabapple Course in Woodstock, Ga.

The tournament will utilize a split-tee format for all three rounds, beginning at 9 a.m. Sunday and Monday, and 7:30 a.m. Tuesday.

The Yellow Jackets finished last spring No. 3 in the final Golfweek/Sagarin Index, followed by Wake Forest at No. 6, Louisville, Duke and North Carolina at Nos. 11-13, and Notre Dame at No. 24.

TEAM UPDATE – Head coach Bruce Heppler’s 26th Yellow Jacket team looks a lot different than the one that teed it up last March in Las Vegas. His heralded senior group of Andy Ogletree, Luke Schniederjans and Tyler Strafaci all graduated after leading the Yellow Jacket to 14 tournament victories, two ACC championships and three NCAA regional appearances during their careers. Ogletree, the 2019 U.S. Amateur champion, turned pro after earning low amateur honors at the Masters in November. Schniederjans also has turned pro, and Strafaci, the 2020 U.S. Amateur champion, will do the same after competing in the Walker Cup matches next May.

In their places will be six players who have a total of 54 collegiate events – 160 rounds – under their collective belts. Tech’s two elder statesmen, senior Noah Norton (Chico, Calif.) and junior Connor Howe (Ogden, Utah), own 118 of those 160 rounds between them.

Norton, a two-time All-ACC honoree, and Howe both made the lineup for the first spring event through the Yellow Jackets’ 126-hole qualifying event last week. Though thumb and back injuries limited him to just 10 rounds in 2019-20, Norton advanced to match play (round of 32) at the U.S. Amateur and earned his way into two Korn Ferry Tour events, tying for eighth place at the Wichita Open. Howe, who has competed in 15 events as the Jackets’ No. 4 or 5 player in his two years on The Flats, won the Southeastern Amateur last summer as well as two other regional events near his home in Utah, and tied for ninth at the Patriot All-America in December. He finished third in qualifying.

Beyond that, the rest of Tech’s roster is quite green.

POLE POSITION…
Senior @WillDickson_gt will lead the Jackets off at @campcreekgc Seminole Invitational this weekend.
*Won 126-hole team qualifying by 11 strokes (72-74-72-63-72-68-70)
*Finished 13th or better in all four fall amateur events he competed in pic.twitter.com/igNa8ZJKRJ

Proud to partner with @GolfChannel this year to provide extensive coverage of @NCAA Division I golf.

TECH LINEUP – Tech’s lineup for the opener includes Howe, senior Will Dickson (Providence, R.I.) and sophomores Bartley Forrester (Gainesville, Ga.), Andy Mao (Johns Creek, Ga.) and Luka Karaulic (Dacula, Ga.), all of whom made their way into the lineup through the team’s 126-hole qualifying tournament last week. Junior Ben Smith (Novi, Mich.) will compete as an individual. Norton, who earned a spot in qualifying, will not make the trip due to back spasms.

The biggest surprise of Tech’s qualifying tournament last week was Dickson, who won the team qualifying tournament by 11 strokes over Mao, carding a 63 in round 4. After seeing action in just two events over his time at Tech, Dickson began to show promise last fall by finishing 13th or higher in all four amateur events he played, including a fourth-place effort in the Orlando International Amateur in December.

Forrester showed some promise last spring by earning co-medalist honors at the Puerto Rico Classic in just his second collegiate event and followed that with three solid finishes in amateur events over the summer. Mao, who played in just two fall events as a freshman, including a tie for 18th at the Carpet Capital Collegiate, finished second in qualifying. Karaulic will play in his first collegiate event after finishing fourth.

Smith, who finished seventh in qualifying, saw action in four 2019-20 events with a tie for 14th as his highest finish at the Olympia Fields/Fighting Illini Invitational. 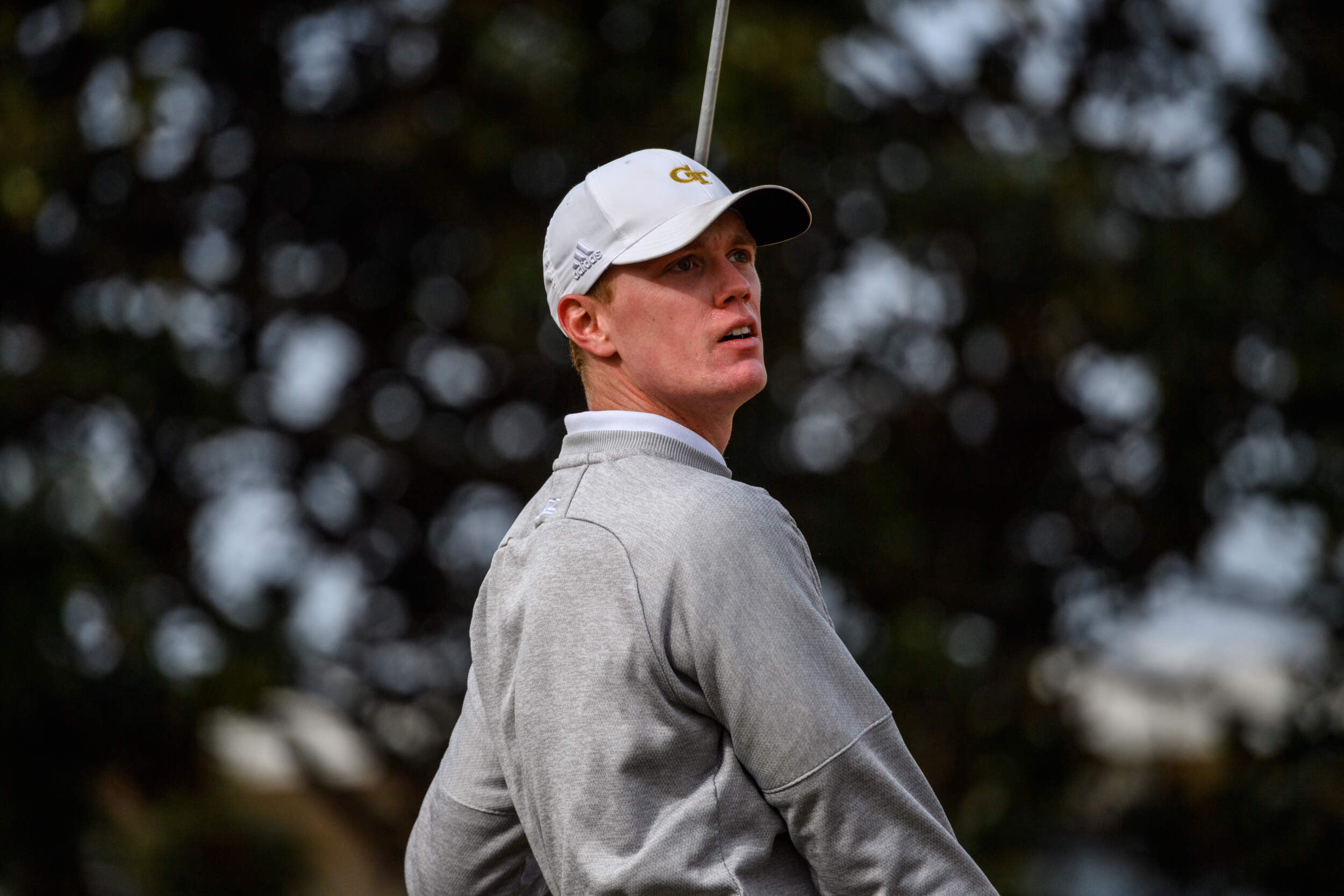