As student-athletes continue their return to Georgia Tech for the fall semester, they’ll quickly realize that while the campus may look the same, it’s a very different world than the one they left in the spring.

Any questions Connor Howe might have about that could be answered as soon as he walks into the Noonan Golf Facility and sees who is not there. Tech rode the core group of Andy Ogletree, Tyler Strafaci and Luke Schniederjans to 14 tournament victories and a pair of Atlantic Coast Conference championships, and all three of those student-athletes graduated in May.

Of course, graduation attrition is an issue Georgia Tech golf has become quite used to and especially adept at handling. Howe, who has been a direct contributor in 10 of those victories and the 2019 conference title, plans to fill any leadership void in the same manner he’s seen it handled his two previous years returning to campus.

“It’s definitely a little weird because you come in and you have these guys that are older than you and for two years you look up to them and now they’re gone,” said the Ogden, Utah, native, who was sixth on the team with a 73.67 stroke average in five events when the 2020 season was called. “I have to take what they showed me, what I’ve learned from them and I’ve got to be more of a leader this fall because I’m an upperclassman. I think I’ve been able to get better — not just at golf, but trying to improve in a lot of other things with all this down time. So I definitely think I can try and enforce that once fall comes around. I’m really looking forward to the fall.”

There’s good reason for that optimism based on how he navigated through the spring fraught with challenges brought on by the Covid-19 pandemic.

He not only met the challenges, but thrived.

Editors note: Some of the events in the traditional summer amateur schedule will be played, including the Rice Planters Amateur this week, in which rising sophomores Bartley Forrester and Andy Mao are competing. Forrester, Strafaci, rising senior Noah Norton and May graduate Luke Schniederjans are entered in the North and South Amateur next week at Pinehurst, N.C.

Howe tied for 13th place at the Puerto Rico Classic, helping the Yellow Jackets to the team title.

Upon leaving Atlanta in mid-March to come back to Ogden, Connor finished up his final week of classes and finals, making ACC Academic Honor Roll. He was one of seven Tech golfers to make the list as part of a program that earned its 15th straight Public Recognition Award for academic excellence by the NCAA (they’ve been named every year since the APR was introduced in 2006, one of two schools nationally to do so), and chalked up its 15th straight perfect 1,000 APR score (they’ve never scored lower than 1,000).

With school done, he set his sights on the upcoming season, making the most of quarantine. He kept himself strong physically — “I did a lot more push-ups than I expected to be doing this spring,” he said, with a laugh — and took advantage of the open golf courses, adjusting to course health regulations, of course, and fixing his game, while getting to play with childhood friends and high school teammates and players from juniors.

“It’s allowed me to work on some things, some weaknesses that I had in my game knowing that I didn’t really have anything coming up for a month or two,” he said. “It was unfortunate that we weren’t able to play in any tournaments, but I guess you could look at it as kind of a blessing in disguise to be able to work on the game and prepare more for when things will open back up.

“It was kind of working on the short game and putting aspects of the game,” he added. “Through college, I feel like I’ve gotten better at them, but these last two months I’ve really been able to work on those things, just being 100 yards in and get better at those parts of the game.”

Georgia Tech golf coach Bruce Heppler is confident Howe will be an all-around better golfer. All he has to do is be himself and believe in himself.

“He’s so invested and cares so much and works so hard,” said Heppler. “How can you for 4, 4 ½ hours just go out there and relax and play and just hit shots without worrying about the result? Just let your natural instincts and all the things you’ve worked on come out. I think that’s the next step for him. It’s just a case of trying too hard. All kids who want it bad go through it. You’d certainly rather have to figure out how to turn that down while you’re playing than turn it up while you’re practicing. So it’s a good thing by nature. It’s just something you have to learn how to control. It takes some guys longer than others but he’s doing fine.” 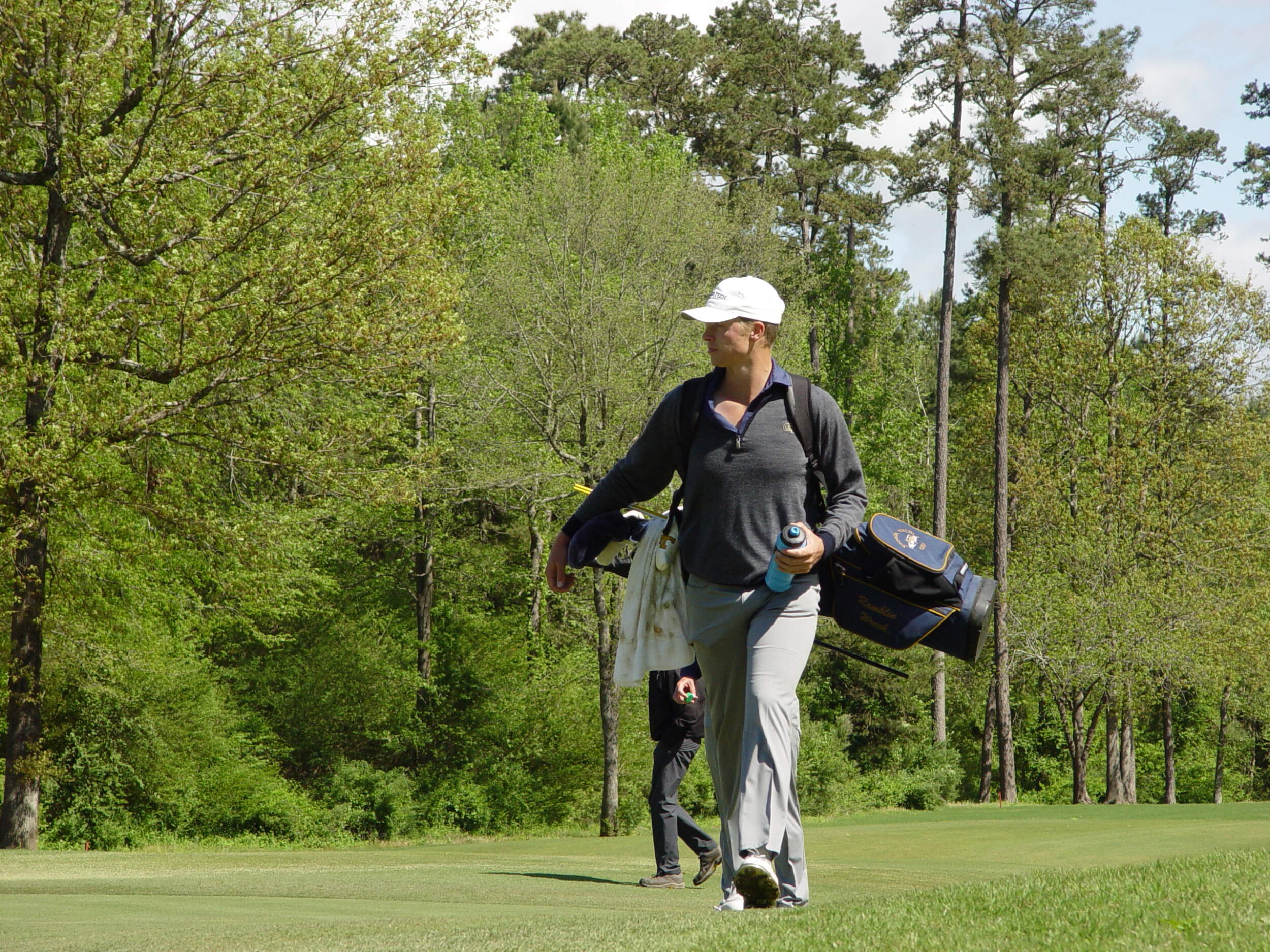 Howe won two of the three amateur events he has been able to play in his home state of Utah.

Howe’s play was just fine in the three amateur events he played in late May and early June, becoming the first Jacket to play competitively since the spring season came to an end. He won two of the events, sandwiching wins in the two-day Thanksgiving Point Amateur (he tied with former BYU golfer Spencer Dunaway at 141 (-3) and the June 14 Hill Air Force Base Amateur, where he shot a 64 (-8), around a sixth-place tie in the Salt Lake City Amateur, where he was even (144). Over the five rounds, Howe shot 71 or lower four times (his high was only 73 in the first round of the SLC Amateur), with the low round of 64.

“At Thanksgiving Point I was itching to get back out there. It was my first tournament for a while,” he said. “We didn’t do a playoff, but that was fun just to kind of win the first one. The Salt Lake City Amateur was a two-day event. That was a fun tournament. It was a test because it was freezing cold and windy and raining for two days. I didn’t play my best, I felt, but to finish where I did wasn’t the worst thing in the world. This last one was a single-day amateur out at Hill Air Force Base. They have a golf course on the Air Force base. I played really well. It’s been good to just be out there competing again because I kind of had that itch to compete.”

The rising junior also entered a Monday qualifier for this week’s Utah Championship on the Korn Ferry Tour, one of several amateurs who tried to claim one of the eight available spots in the field, but came up short after posting a 68.

Howe feels the variety of these events will benefit him come Georgia Tech’s fall season.

“It’s definitely going to help me since they were all a little different,” he said. “The first one also was on a super-windy course, so to come out and play in a tournament where it’s blowing really hard all the time, it kind of levels up your focus a little bit. To play in all these different conditions, it really tests all aspects of your game.”

Heppler believes Howe will build off his successes and carry it into the fall.

“You have a little success then maybe all of a sudden your heart rate can go down, and you’re starting to see the things you want to, and then you just learn to relax even more,” Heppler said. “Hopefully he’s gained some confidence that it’s good enough. He’s a real stickler on his fundamentals, but like I’ve told him several times, ‘Guys that are really good bakers, eventually they have to eat the cake. You just can’t keep making the cake forever.’

“He’s certainly a perfectionist. Eventually he’s got to learn that it’s just okay and what to do when it’s not and accept that every day it changes,” he added. “It’s not one of those things where you go in and get your car the 10,000-mile tune-up and they tell you you have to come back in 7,500 miles and you’re fine until then. You’re a human being. You’re not a machine. You’re changing every day and your emotions are changing. Sometimes it’s not going to feel exactly right. How do you respond to that? You’ve got to be, ‘I’ve got this,’ and ‘I’ll figure this out today and worry about that after the round or when I get back from the tournament.’” 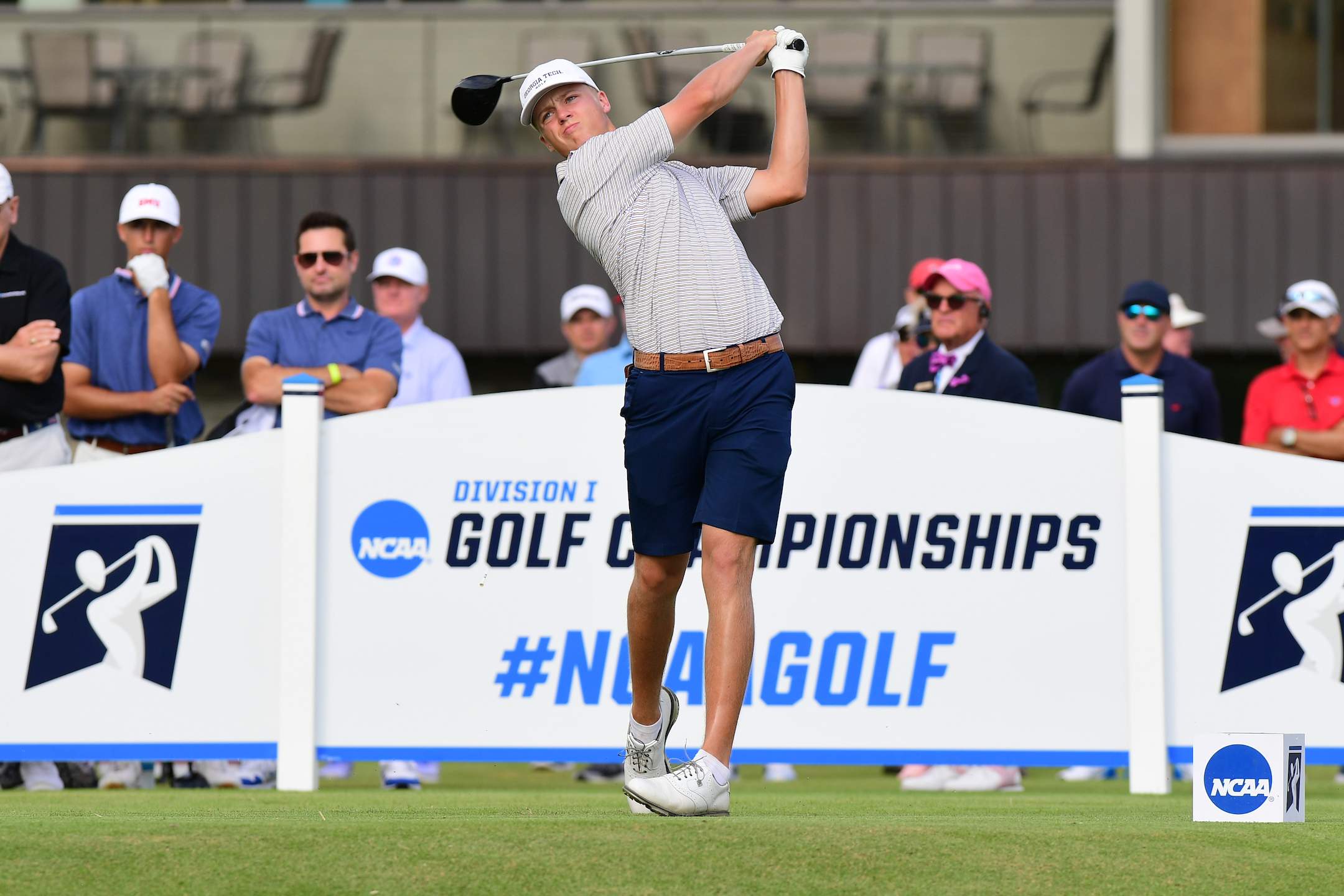 Heppler has no plans to change Howe’s work ethic. If anything, he’d like it to become an example for the young returning team and would like Howe to make it more of a team-building activity.

“He spends a lot of time working. I’m going to have to convince him to spend a little more time with the group working,” he said. “We obviously have had some guys who really know how to prepare and know what they’re doing, and next year it will be a younger group, so we’ll probably have to have a few more team things than we’ve had in the past. Everybody’s going to have to participate in those and help each other.”

Helping youngsters won’t be a hard-sell to Howe. He’s grateful for what upperclassmen have taught him and is eager to pass all that on. He’s especially eager to draw on last year’s senior leaders.

“They all brought different things and they were all great leaders. Luckily, we’re going to be having Ty come back this fall, I think, so we’re happy about that,” he said. “Ty is a really hard worker. He’s out there right when he gets out of class to when the sun goes down. He really kind of pushed me in that aspect. Andy was great with everybody, especially after winning the U.S. Amateur last summer. Some people might let it go to their heads, but he didn’t change at all. He was still best friends with everyone. That taught me a lot. Luke, I just love playing golf with him. We would experiment on the course and play games all the time. He kind of taught me to compete. I’m going to try and take a little bit from each of them and try and use it for this fall when they’re gone.

“I’m pretty excited to get back,” he added. “From what I’ve heard we’ll be resuming in the fall and have certain precautions put in place just to keep everybody safe. But it sounds like we’ll have the season up and running come August. So I’m pretty excited about that.”