#TGW: Home for the Open

When he teed off shortly before 9 a.m. Thursday in his first U.S. Open, Noah Norton was not exactly in foreign territory at Pebble Beach, even while three time zones from Georgia Tech and surrounded for a change by many of the world’s top professional rather than collegiate golfers.

The rising junior Yellow Jacket is practically at home this week.

He grew up in Chico, Calif., about a four-hour drive north from the famed golf course that he’s been to frequently. He’s also played the 7,075-yard, Pacific Ocean-side course several times, albeit in different conditions than the rigid setup the USGA has in place now.

Plus, there are four former Georgia Tech golfers in the field, and he not only knows Matt Kuchar, Ollie Schniederjans, Roberto Castro and Chesson Hadley – all PGA Tour regulars — but he’s leaned on them as well. Norton, in fact, played a practice round Tuesday with Kuchar and on Wednesday made the loop with Castro and Schniederjans.

So, having played in last year’s U.S. Amateur at Pebble Beach and nearby Spyglass Hill, he’s got more varnish than the average U.S. Open first-timer in both loops and knowledge.

“We see [Ollie] around all the time when he plays at Golf Club of Georgia, so we get to see him quite a bit and get to talk to him and learn from what he’s done,” Norton said. “Not only that, but you get to talk to guys like Roberto Castro,  and then Matt Kuchar’s here … Georgia Tech has so many out here.

“It’s so fun to have so many you know. It’s nice to have people who have gone through it.”

A lot of Georgia Tech amateur golfers have competed in the U.S. Open. Twelve previously made it, including rising senior Tyler Strafaci, who last year made it through local and sectional qualifying to play at Shinnecock Hills. He missed the cut by two shots at 150 (+10), the same score as Tiger Woods and Rory McIlroy.

But Norton’s story is special.

About half the field at Pebble Beach (77) gained entry by exemption based on recent performance and/or world ranking (Kuchar), and many more by qualifying out of sectionals after being exempted past locals (Schniederjans, Hadley and Castro).

Norton did it home and away.

Not long after helping Tech win its 18th ACC title in April, Norton wrapped up spring semester final exams, flew home to California, and on Wednesday, May 1, won the U.S. Open local qualifier in his hometown at Butte Creek Golf and Country Club with a 67.

He was two shots clear of everybody. Seven golfers qualified out of that local to sectionals, which spread 927 golfers over 12 locations.

That came as no surprise to the home folks. In 2013, Norton became the youngest player to win the Chico City Championship at age 14.

Golfers get to choose where they try to qualify, and Norton chose as his sectional the Hawks Ridge Golf Club, in Ball Ground, Ga., on June 3.

Between that local and the sectional, Norton played for Tech in an NCAA regional in Pullman, Wash., and in the NCAA tournament in Fayetteville, Ark.

So, he returned to Atlanta, not California, and went to work on his long iron shots before the sectional qualifier.

“Arkansas is a very difficult course and prior to that event I was focusing on my driving. I was in the fairway quite a bit, but I wasn’t able to get any momentum because I wasn’t hitting it close, so what I did was focus on getting my distances more honed in,” he said.

“At the qualifier, I had a lot more looks. I didn’t putt as good as I could have, and I made I think it was 16 birdies in two rounds. That just shows you right there it worked out.”

Yes, it worked out. 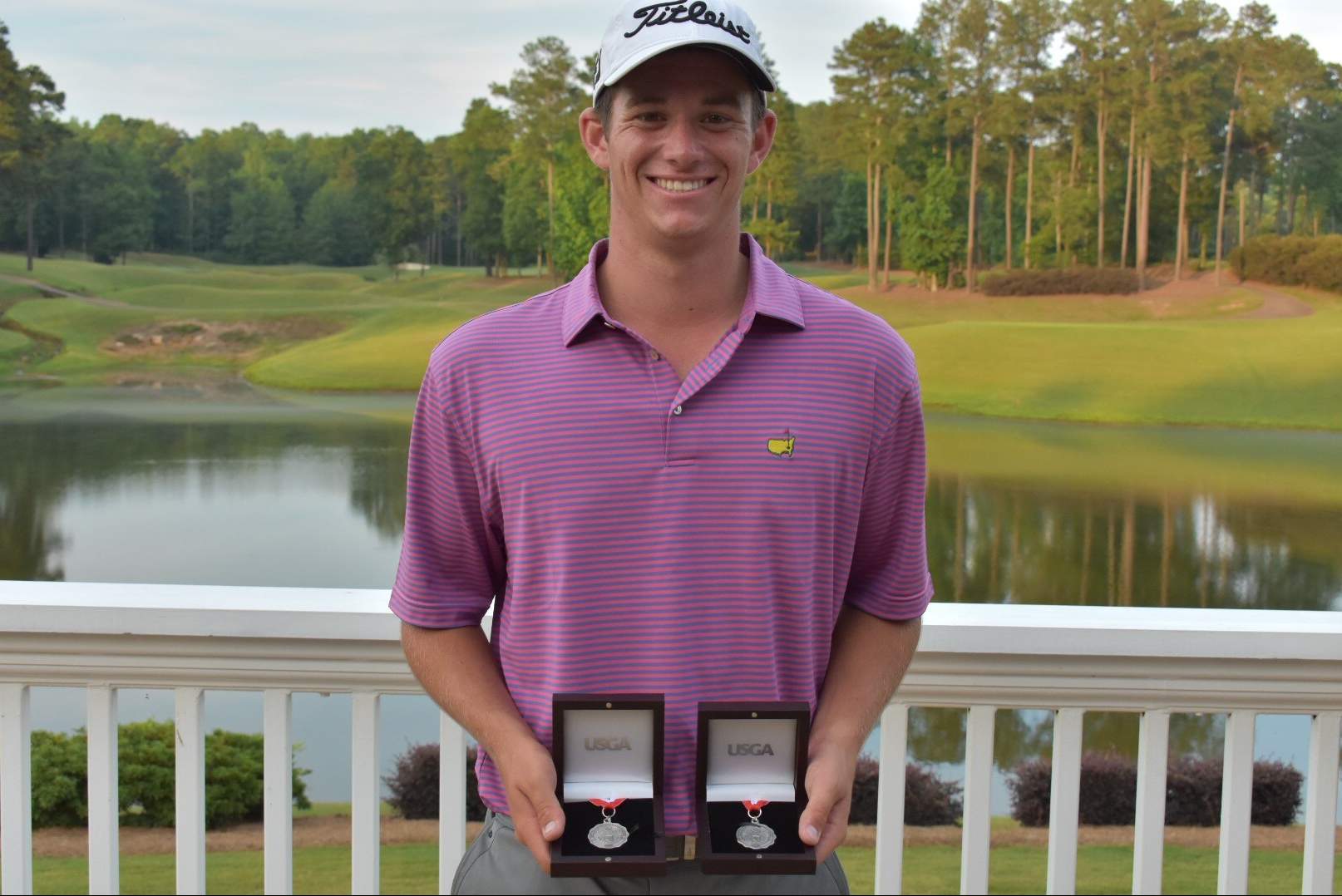 At Hawks Ridge, Norton bogeyed his first two holes, and then over the next 34 fired 16 birdies to tie Schniederjans at -11 133. Four golfers qualified out of that sectional, including Castro, who like Duke golfer Chandler Eaton of Alpharetta fired 135.

Of 8,602 golfers who entered local qualifiers, Norton is one of 17 to make it all the way to the U.S. Open. That’s pretty good.

Pebble Beach is different, though, than it was when he played it before.

“Prior to the U.S. Am last summer, I played once when I was 14 with my grandpa and my dad. We wanted to play one time all three of us before my grandpa was too old, so we got out here and got to play,” he said. “I used to watch the Pro-Am here all the time and make trips to watch pretty much every event they have because it’s Pebble Beach.”

Yes, it’s Pebble Beach, but not like he’s always known it. After practice rounds earlier this week he said, “It’s much different. I kind of expected it to be kind of similar, but they narrowed up the fairways quite a bit; they’re probably 40 percent more narrow now. The greens are faster already, the rough is probably twice as thick, so it’s not the same course. It’s definitely what you’d expect for a U.S. Open. The setup is difficult, and it’s a good test. It’s awesome.”

Still, it’s home. Norton knows where he’s at, and who he’s with.

His caddie (there are no caddies in college golf; athletes carry their own bags) is a friend. Daniel Kitayama grew up in Chico alongside Norton, although he played at a different high school and now golfs for the university of Hawai’i at Hilo. He caddied two weeks ago for his brother, Kurt Kitayama, in the PGA Championship.

The gallery figures to be friendly.

“It’s just my parents, both my grandparents, and a lot of friends from home are driving down,” Norton said. “It’s kind of like a home event.”