Salem, S.C.  –  Luke Schniederjans fired a 10-under-par 62 Saturday to take the individual lead, while No. 8 Georgia Tech expanded its lead to six strokes over after posting a 17-under-par 271 in the second round of the Clemson Invitational, which is being contested at The Cliffs at Keowee Falls.

The Jackets will attempt to close out their second tournament victory of the spring Sunday when the final round gets underway at 9 a.m.

TECH LINEUP – Schniederjans posted the best round by a Georgia Tech player this year and matched his own career low, piling up nine birdies and an eagle with one bogey over the par-72, 7,103-yard course. The junior from Powder Springs, Ga., who previously shot 62 in the second round of the 2017 NCAA Stanford Regional.

Tyler Strafaci (Jr., Davie, Fla.), with five birdies and an eagle in his round, and Noah Norton (So., Chico, Calif.), with seven birdies, each duplicated his first-round 68 Saturday and are tied for sixth place individually. Freshman Connor Howe (Ogden, Utah) provided Tech’s fourth counting score Saturday with a 73 and is tied for 28th individually.

Andy Ogletree (Jr., Little Rock, Miss.) followed his opening 67 with a 74 and did not count for the Jackets Saturday, but is tied for 16th individually after 36 holes. Fifth-year senior James Clark (Columbus, Ga.), competing as an individual, is tied for 28th place after posting a 74 Saturday. 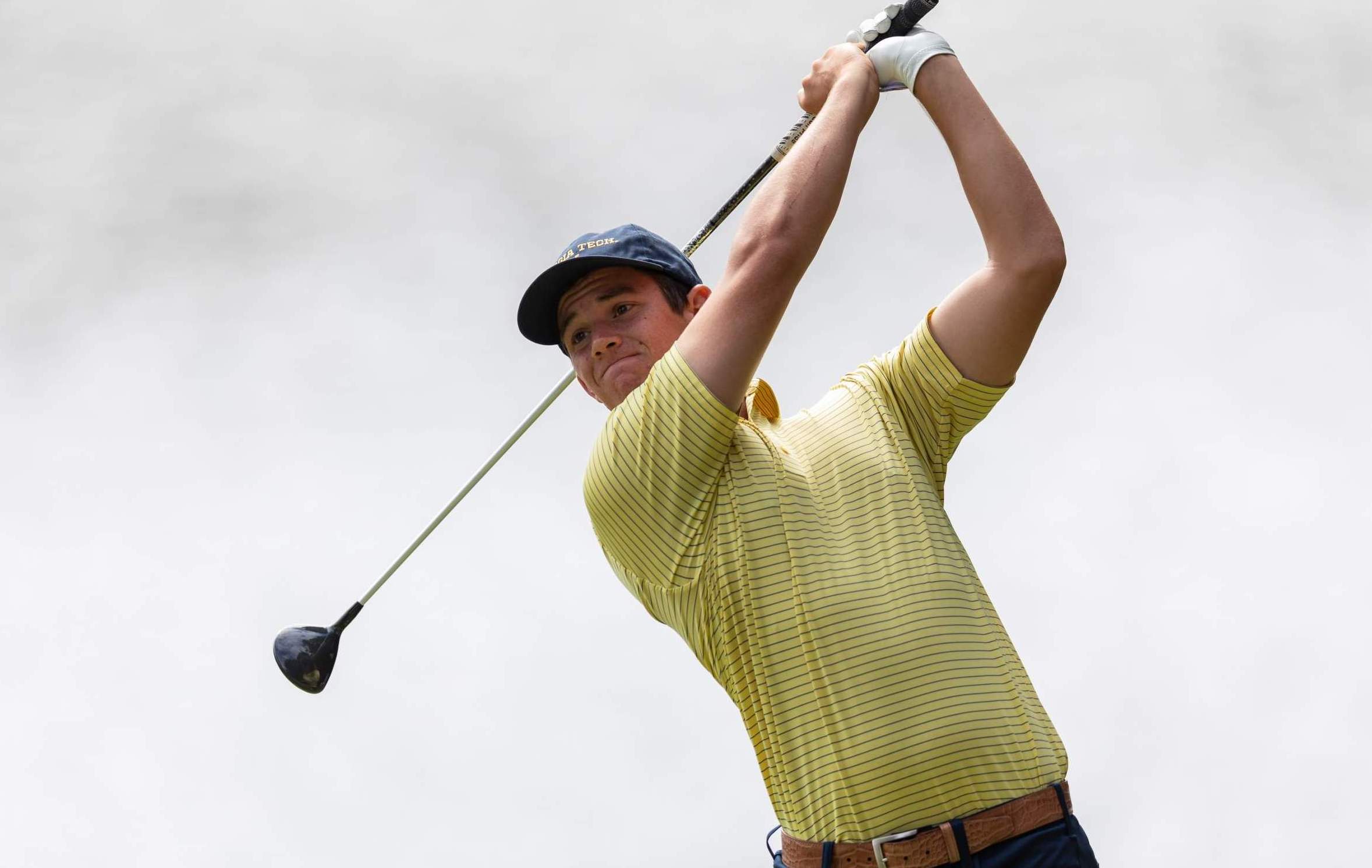 TEAM LEADERBOARD – The Yellow Jackets, with a 36-hole total of 543, have put together their best back-to-back rounds since opening the 2014 NCAA Raleigh Regional with scored of 268-272 (on a par-71 golf course).

INDIVIDUAL LEADERBOARD – Schniederjans grabbed the 36-hole lead with a 13-under-par total of 131, one shot ahead of first-round leader Adrian Pendaries of Duke, who carded a 68 Saturday and has a 36-hole total of 132 (-12).

TOURNAMENT INFORMATION – The Clemson Invitational, a 54-hole event hosted by Clemson, concludes with the final 18-hole round Sunday. It is played at The Cliffs at Keowee Falls, a 7,103-yard, par 72 layout in Salem, S.C.

PHOTOS: A Look Back at the 2019 NCAA Championship
GT Athletics to Begin Phase I of Facilities Reopening Plan on June 15