Waimea, Hawai’i – Noah Norton and Connor Howe carded season-low rounds of 66 and 67 Thursday, and the No. 20 Yellow Jackets posted a 9-under-par final round of 279 to finish in a tie for third place at the Amer Ari Intercollegiate.

Conditions remained warm and windy, but more consistent Thursday on the 6,875-yard, par-72 Hapuna Golf Course, as Tech equalled its birdie total from the first round (24). The Jackets were not able to gain ground on the leader, No. 10 Arizona State, which shot 12-under-par 276 and won the tournament by 12 strokes over Southern California. Tech finished tied with Oregon State, 27 strokes off the pace.

TECH LINEUP – Norton, a senior from Chico, Calif., reeled off seven birdies against one bogey to post his best round of the season to date, a 6-under-par 66 that was his best since carding a 65 in the fall of 2018, his sophomore year. Howe, a junior from Ogden, Utah, also had seven birdies on his card against a double-bogey for a 5-under-par 67, his best since posting a 66 in the opening round of the 2019 NCAA Pullman Regional.

Howe finished tied for seventh place individually, the highest finish of his career, at 6-under-par 210, which matched his lowest career score in relation to par. Norton tied for 10th place, his ninth career top-10 finish and his best since a tie for ninth at the 2019 Olympia Fields/Fighting Illini Invitational.

Sophomore Luka Karaulic (Dacula, Ga.) shot 72 Thursday for the Yellow Jackets, while freshman Christo Lamprecht (George, South Africa) and senior Will Dickson (Providence, R.I.) added a pair of 74s. Lamprecht closed the tournament solo 17th at 217 (+1), while Karaulic tied for 18th at 219 (+3), his best finish in three events this spring. 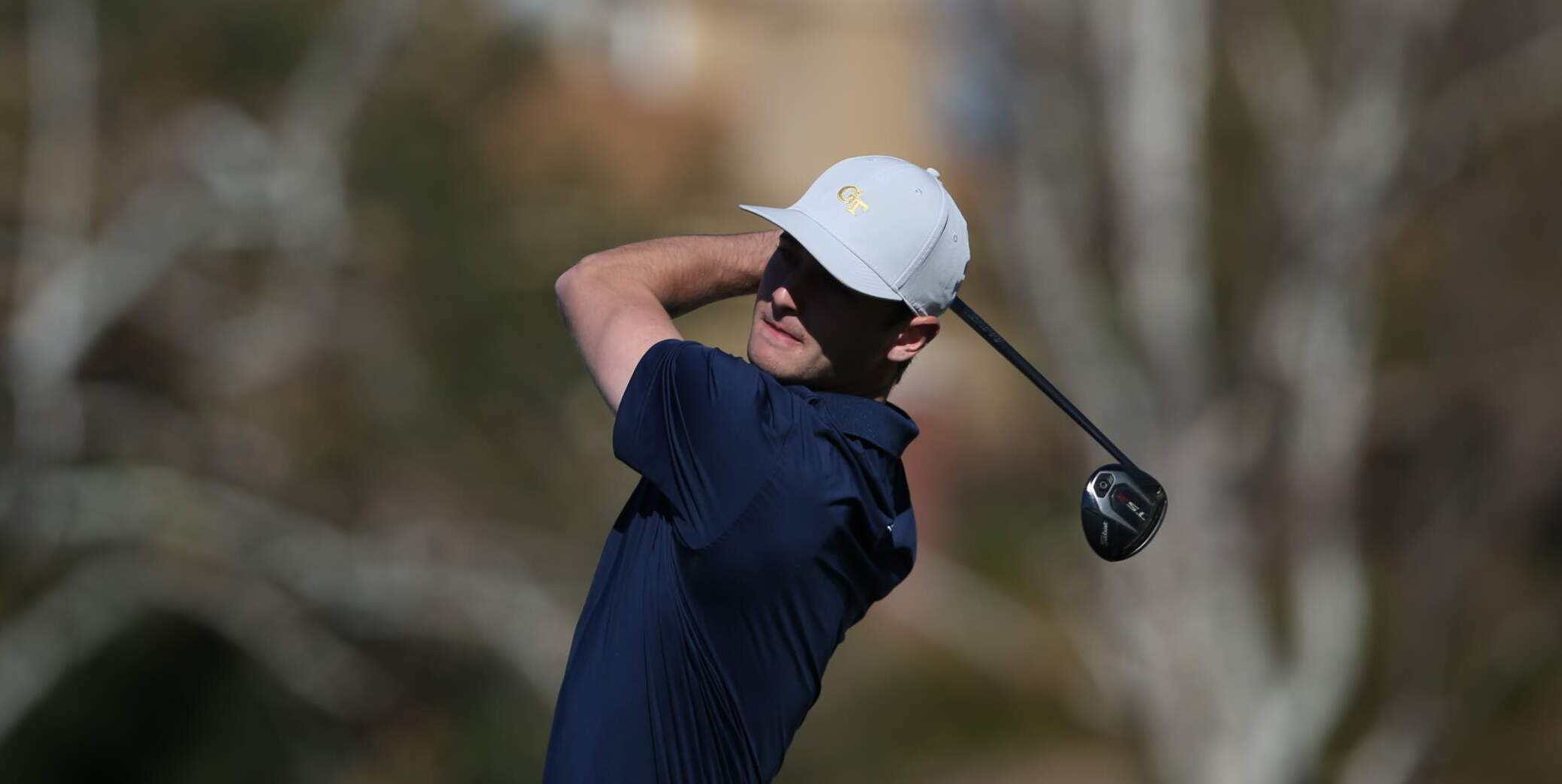 TEAM LEADERBOARD – No. 10 Arizona State, which had four of its five starters finish among the top 10 individuals on the final leaderboard, posted the best round of the day at 11-under-par 277 and finished the tournament at 827 (-37), earning a 12 stroke victory over Southern California, who closed with a 7-under-par 281 for a 54-hole total of 839 (-25). Three Trojans finished in the top 10.

Fifteen of the 51 players in the field finished 54 holes under par. 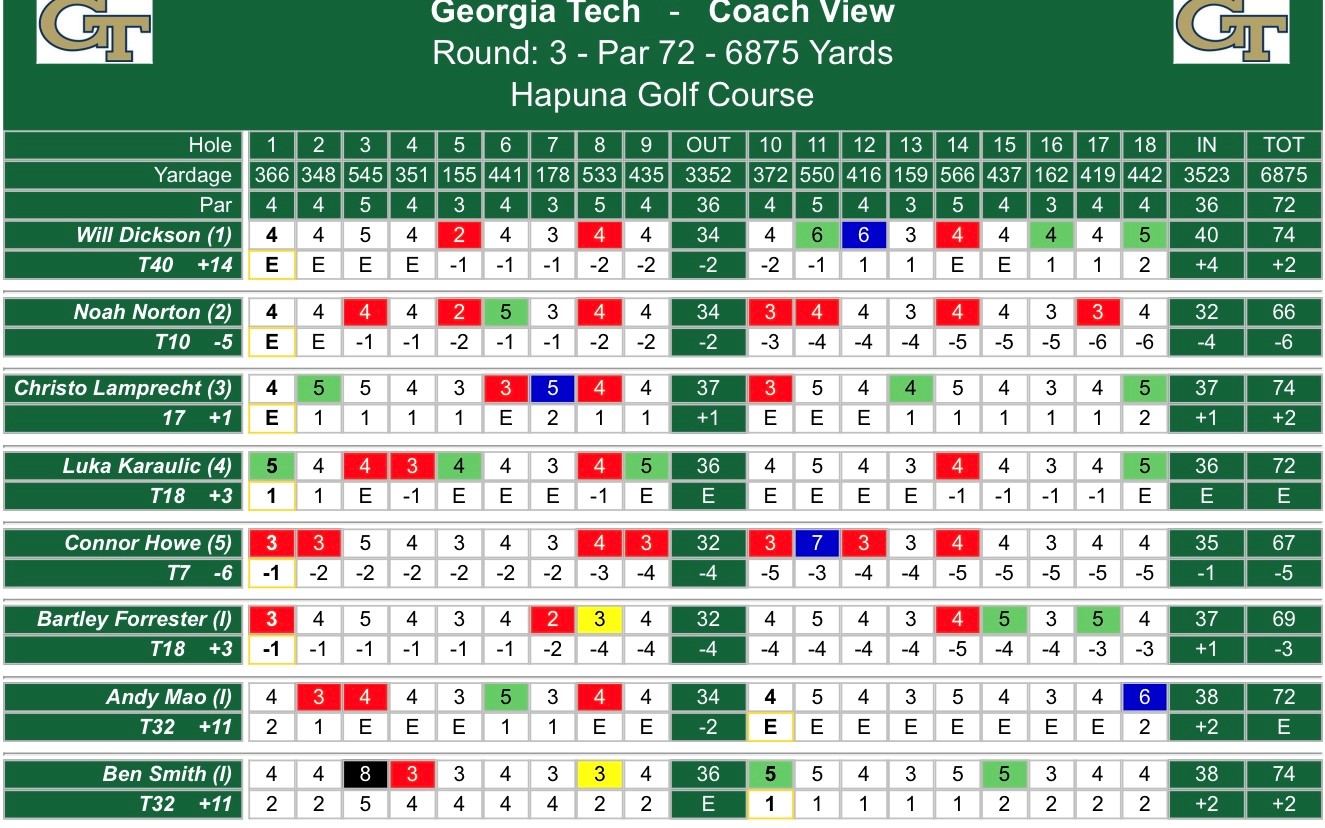 "We were just a few shots away from having a great round, and the low round of the day, but lost a few on 18 again today. Noah and Connor played really well, which is important to our success. We’re getting better little by little and just need to keep working at it."

TOURNAMENT INFORMATION – Georgia Tech has played in the Amer Ari Intercollegiate every year since 1999. Tech has already played twice this spring, adding a pair of events to its spring slate after the fall season was cancelled. The 30th annual event is a 54-hole, 5-count-4 stroke-play tournament. The event this year was contested on Hapuna Golf Course (6,875 yards, par 72), rather than the usual Kings Course at the Waikoloa Beach Resort.

The change in venue is not the only effect of COVID on this year’s tournament. The field, still strong in quality, included just eight teams rather than the normal 20, with the Jackets joining Arizona State, Hawai’i, Hawai’i-Hilo, Oregon State, San Jose State. Southern California and Washington.