Las Vegas, Nev.  –  Senior Andy Ogletree fired a 4-under-par 68 Tuesday to pace No. 3 Georgia Tech, which posted its best round of the tournament at 4-under-par 284 and finished in 10th place at the Southern Highlands Collegiate. Redshirt freshman Bartley Forrester was the low Yellow Jacket individually, tying for 16th place.

TECH LINEUP – Ogletree (Little Rock, Miss.), the reigning U.S. Amateur champion, put together one of his finest rounds of the year on a difficult golf course, recording six birdies against two bogeys for his 68, and finished the tournament in a tie for 25th place at 220 (+4). Starting on the 10th hole Tuesday, Ogletree birdied three of his first four holes, and opened his back nine with three birdies in six holes.

The Yellow Jackets’ other three counting scores in the final round were even-par 72s from redshirt freshman Bartley Forrester (Gainesville, Ga.), senior Tyler Strafaci (Davie, Fla.) and sophomore Connor Howe (Ogden, Utah). All three players avoided some of the trouble they experienced the first two days and played steady golf. Forrester completed a solid tournament, finishing in a tie for 16th place with an even-par total of 216. Strafaci tied for 30th place at 5-over-par 221. Howe tied for 53rd place, while senior Luke Schniederjans (Powder Springs, Ga.) tied for 58th after a closing 78. 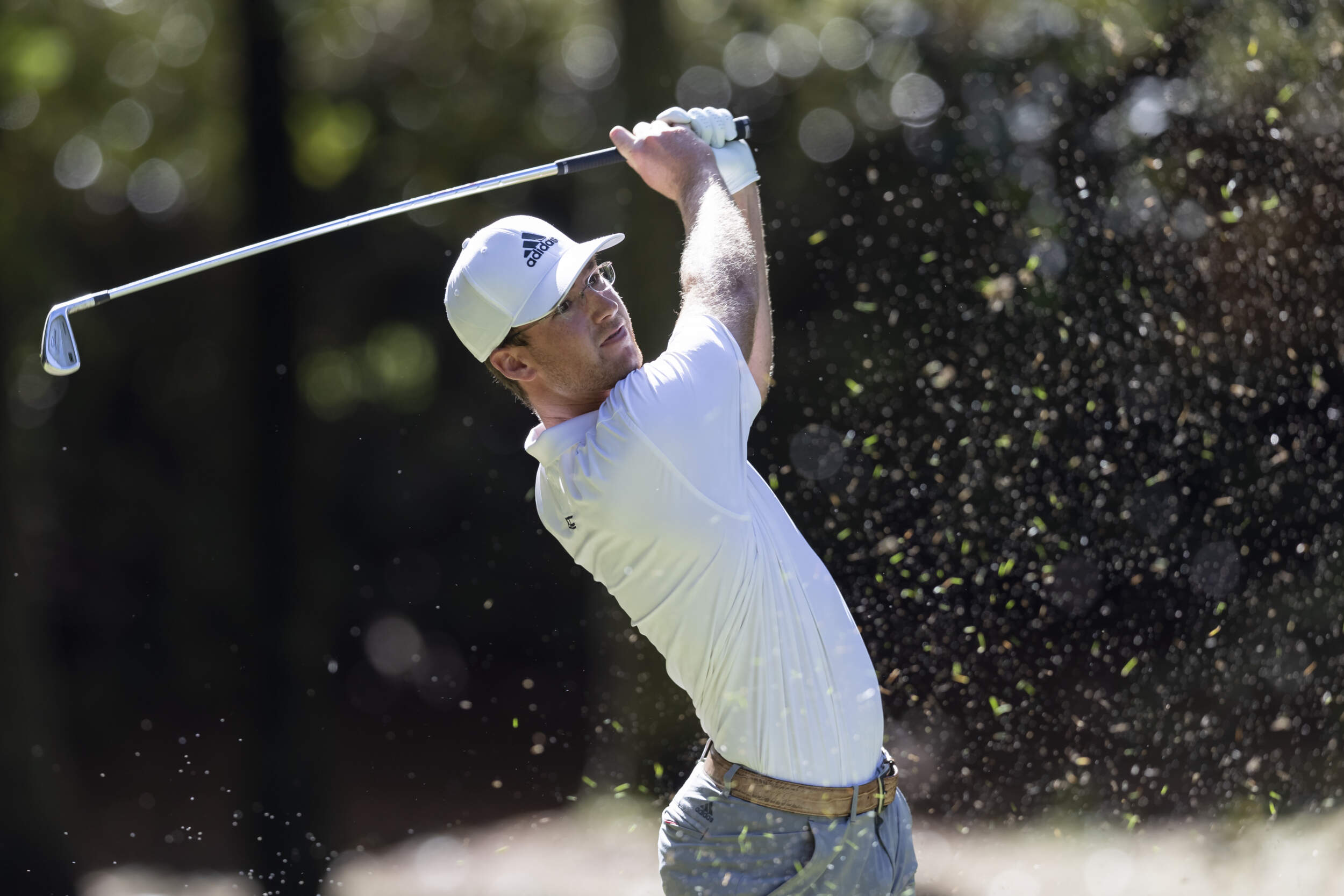 Senior Andy Ogletree led the Jackets on Tuesday with a 4-under-par 68. (photo by Danny Karnik).

TEAM LEADERBOARD – Despite sliding to a 3-over-par 291 Tuesday, No. 23 Southern California completed a wire-to-wire victory, compiling a 54-hole total of 861 (-3) and a two-stroke triumph over No. 8 Texas (863, -1). The Longhorns made a run at the Trojans Tuesday by firing a 4-under-par 284. Fifth-ranked Texas Tech also made a run at USC Tuesday, shooting 7-under-par 281, but the Red Raiders came up short and finished in third place at even-par 864.

UCLA’s Devon Bling, with a 68 Tuesday, finished third at 209 (-7), followed by Pepperdine’s Sahith Theegala and SMU’s Mac Meissner in a tie for fourth place at 210 (-6). Georgia’s Davis Thompson and Florida’s Ricky Castillo tied for sixth place at 211 (-5).

Thirty players broke par on Tuesday at the Southern Highlands Golf Club, which had given up a total of 30 subpar rounds in the first two days. 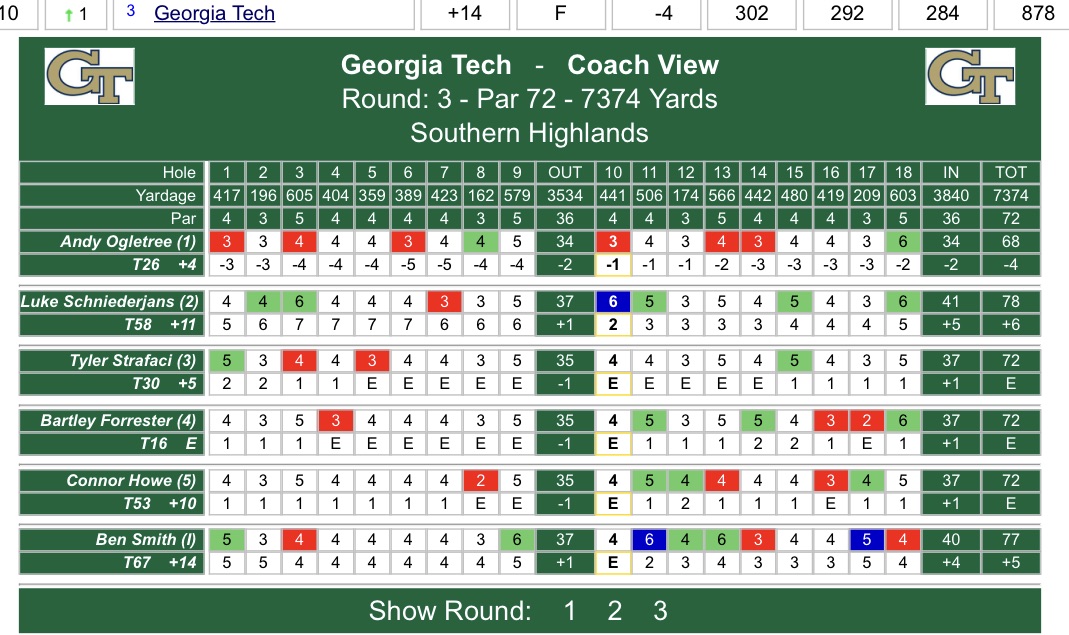 "We had a positive day all around. Our goal was to post the low score of the day, and we almost got there. Bartley Forrester had another good event, and I’m really pleased with the way he has come on to help us. Andy Ogletree got back on track and played the way he is capable of today."