Bandon, Ore. – Georgia Tech’s Tyler Strafaci and Noah Norton have advanced to match play at the 120th United States Amateur Championship, with Strafaci finishing the 36-hole qualifier in a tie for 36th place, and Norton tying for 48th place. The top 64 finishers from the initial field of 264 players will begin the round of 64 in the match play bracket Wednesday morning at the Bandon Dunes Resort.

Strafaci, a senior from Davie, Fla., played solidly both days with even-par golf, posting a 71 Monday at the Bandon Trails course and a 71 Tuesday at Bandon Dunes to finish at 143 and safely advance. Norton, a junior from Chico, Calif., who stood at 3-over through his first 11 holes Tuesday, made a late rally by recording an eagle at the par-5 13th hole and birdies at the par-3 15th and par-5 18th for a 1-under-par 71, posting a 36-hole total of 144 (+1) to finish inside the top 64.

Defending champion Andy Ogletree (Little Rock, Miss.) will not have the chance to become the first repeat champion since Tiger Woods (1994-96). The May graduate, who has played in three PGA Tour events this summer and made a strong showing at the Western Amateur, shot rounds of 74-72 and tied for 80th place at 146 (+3), one stroke below the cut line (18 players will vie for the final three spots in the match play bracket Wednesday morning). Luke Schniederjans (Alpharetta, Ga.), who also graduated in May, shot 78-70 to finish at 148 (+5) and tie for 116th place.

Norton, 21, has competed in three U.S. Amateurs and advanced to the Round of 16 in 2017 at The Riviera Country Club. Norton also qualified for last year’s U.S. Open at Pebble Beach and has reached match play in two U.S. Junior Amateurs. Norton, a rising senior at Georgia Tech ranked No. 60 in the World Amateur Golf Ranking, is a two-time All-Atlantic Coast Conference (ACC) selection and won the Patriot All-America Invitational last December. He finished runner-up to Cooper Dossey in the 2019 North & South Amateur and was the 2017 California State Amateur runner-up.

Strafaci, 22, won the 2020 North & South Amateur on July 4, defeating William Holcomb V, 3 and 1, in the final. His grandfather, Frank, won two North & South Amateurs (1938, 1939) and the 1935 U.S. Amateur Public Links. Tyler, who competed in the 2018 U.S. Open at Shinnecock Hills and two U.S. Junior Amateurs, has played in three U.S. Amateurs and advanced to the Round of 32 in 2017. Ranked No. 51 in the world, Strafaci also won the Palmetto Amateur this summer, a week after his North & South triumph. He will return to Georgia Tech for a fifth year in 2020-21 and is a three-time All-East Region and two-time All-Atlantic Coast Conference (ACC) performer. 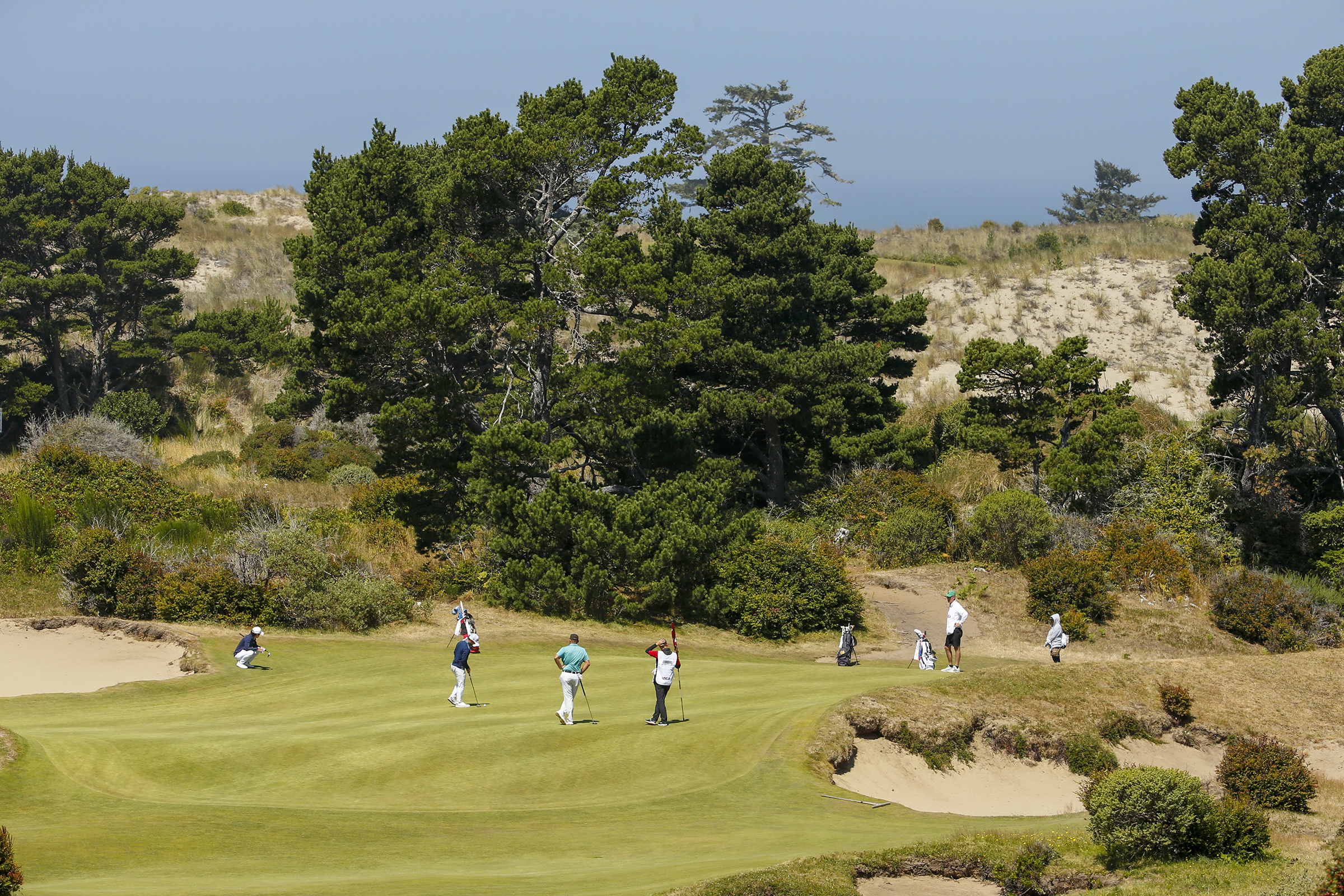 Following a playoff Wednesday morning (18 players for three spots) to complete the match play bracket, the round of 64 will begin at Bandon Dunes, followed by rounds of 32 and 16 Thursday, quarterfinal matches Friday, semifinal matches Saturday and the 36-hole championship match on Sunday.

Because of the Covid-19 outbreak, all qualifying events for the U.S. Amateur were cancelled, and the 264-player field (down from the normal 312) was established using a set of exemption categories, expanded use of the World Amateur Golf Ranking and finishes in recent United States Golf Association championships.