Trinity, Texas – Georgia Tech’s Andy Ogletree (Little Rock, Miss.) is one of four of the country’s top collegiate golfers who have been named to Team USA for the 2019 Spirit International Amateur Golf Championship held Nov. 7-9 at Whispering Pines Golf Club.

The Spirit International Amateur Golf Championship is a premiere golf event featuring the world’s best men and women amateur golfers representing their respective countries in team and individual competitions. It is a biennial event which alternates with the World Amateur Team Championship.

“I’m excited to be a part of and represent the United States in this prestigious event,” said Ogletree. “I’m looking forward to competing alongside these great golfers and enjoying a tremendous experience.” 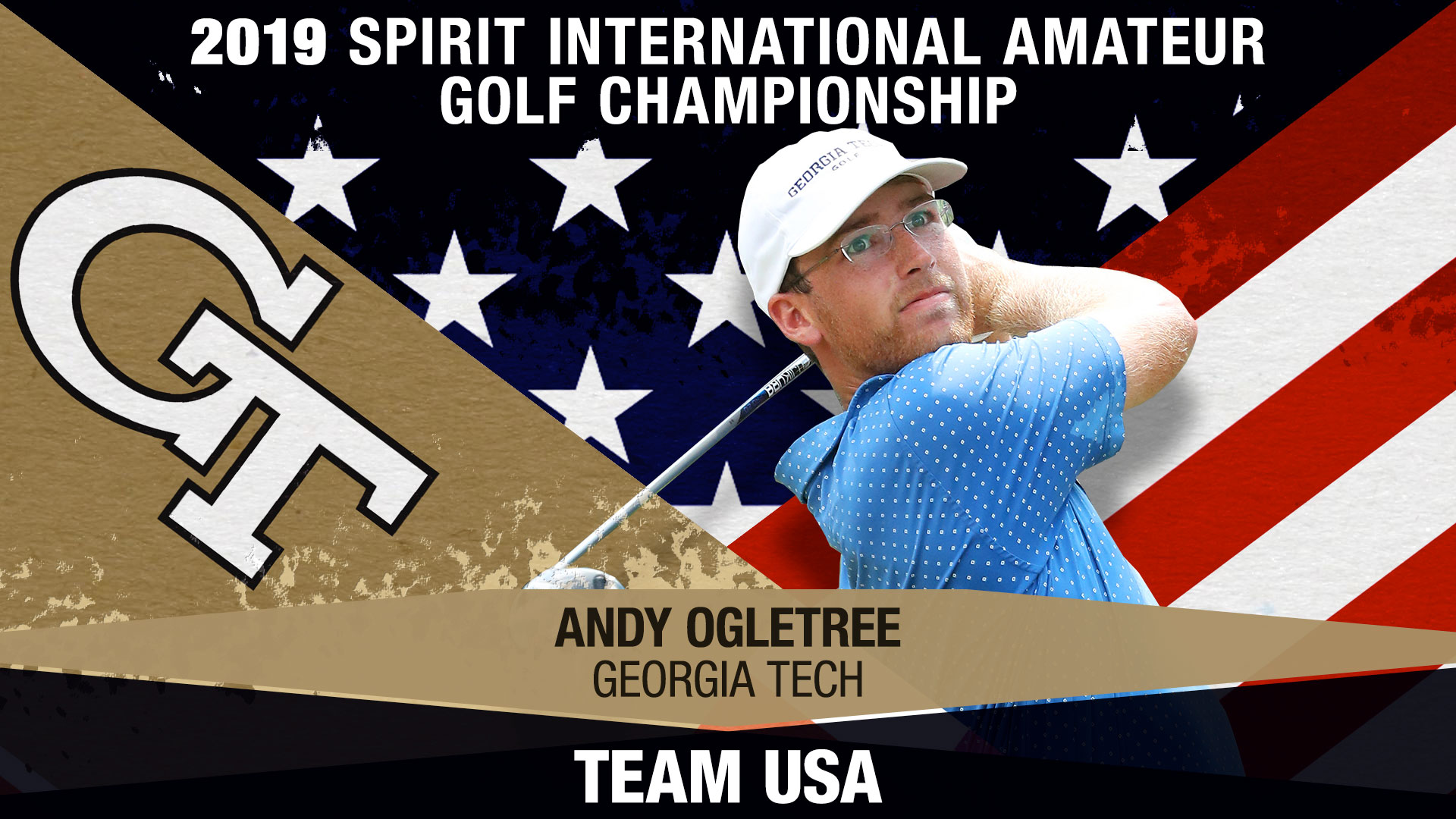 Ogletree’s selection for this event comes on the heels of his winning the U.S. Amateur Championship at Pinehurst, N.C., in August and helping the United States team defeat Great Britain and Ireland in the 2019 Walker Cup at Royal Liverpool Golf Club. The Tech senior is currently No. 36 in the World Amateur Golf Rankings, while Hammer is No. 1.

Ogletree was named to the 2019 Golf Coaches Association All-America second team and made the All-Atlantic Coast Conference team, posting four top-10 finishes in the spring and a runner-up performance at the ACC Championship.

Team USA is looking for its sixth overall and fifth consecutive win. Their latest win came in 2015. The 2017 event was cancelled due to Hurricane Harvey.

Stacy Lewis, a 12-time LPGA champion and a resident of Houston, is the captain of Team USA.

“The Spirit International Amateur Golf Championship is such a special event and I look forward to serving as captain for Team USA,’ Lewis said. “With Cole, Andy, Emilia and Kaitlyn, we have a great team that I know will represent our country well. It’s going to be a great week of competition.”