Pinehurst, N.C. – Georgia Tech senior Andy Ogletree won two matches Thursday and advanced to the quarterfinal round of the 119th U.S. Amateur at the Pinehurst Resort, his farthest advance in the U.S. Amateur in four tries.

Ogletree breezed into the quarterfinals with a 5 and 4 rout of Blake Hathcoat, a rising senior at St. Mary’s College. The Tech senior won five consecutive holes early in the match (3 through 7) with four pars and a birdie to take a commanding four-hole lead. After halving the next three holes, Hathcoat won the 11th with a par, but Ogletree took 12 with a birdie and 14 with a par to clinch the match.

“This is my fourth U.S. Amateur, but I also played one U.S. Junior, and I made it to the quarterfinals there and got eliminated. So a little extra motivation for this one,” said Ogletree. “I hit a lot of fairways. He didn’t play as good as I’m sure he wanted to, and just kind of took advantage of that, and every time he was out of position, I seemed to hit a pretty good shot.”

In the morning round of 32, Ogletree needed 19 holes to subdue Maxwell Moldovan, a 17-year-old Unionville, Ohio, high school senior. In a see-saw match that Muldovan led by one hole through 13, Ogletree tied the contest with a birdie at 14, and the two players parred in before the Little Rock, Miss., native won the match with a par on the first extra hole.

“He didn’t miss a fairway. Devin (Stanton, his caddie) and I were talking earlier, he hit 14 fairways, which is pretty impressive out here, so I felt like every time I thought I had that hole, or every time I’d smoke a driver, just something like that, he answered,” said Ogletree. “You can look at the score cards, and it was just back and forth on the back nine. We both shot under par, and unfortunately he bogeyed the playoff hole. But it was a really good match, and it was definitely not given to me, so that was huge for my confidence going forward.” 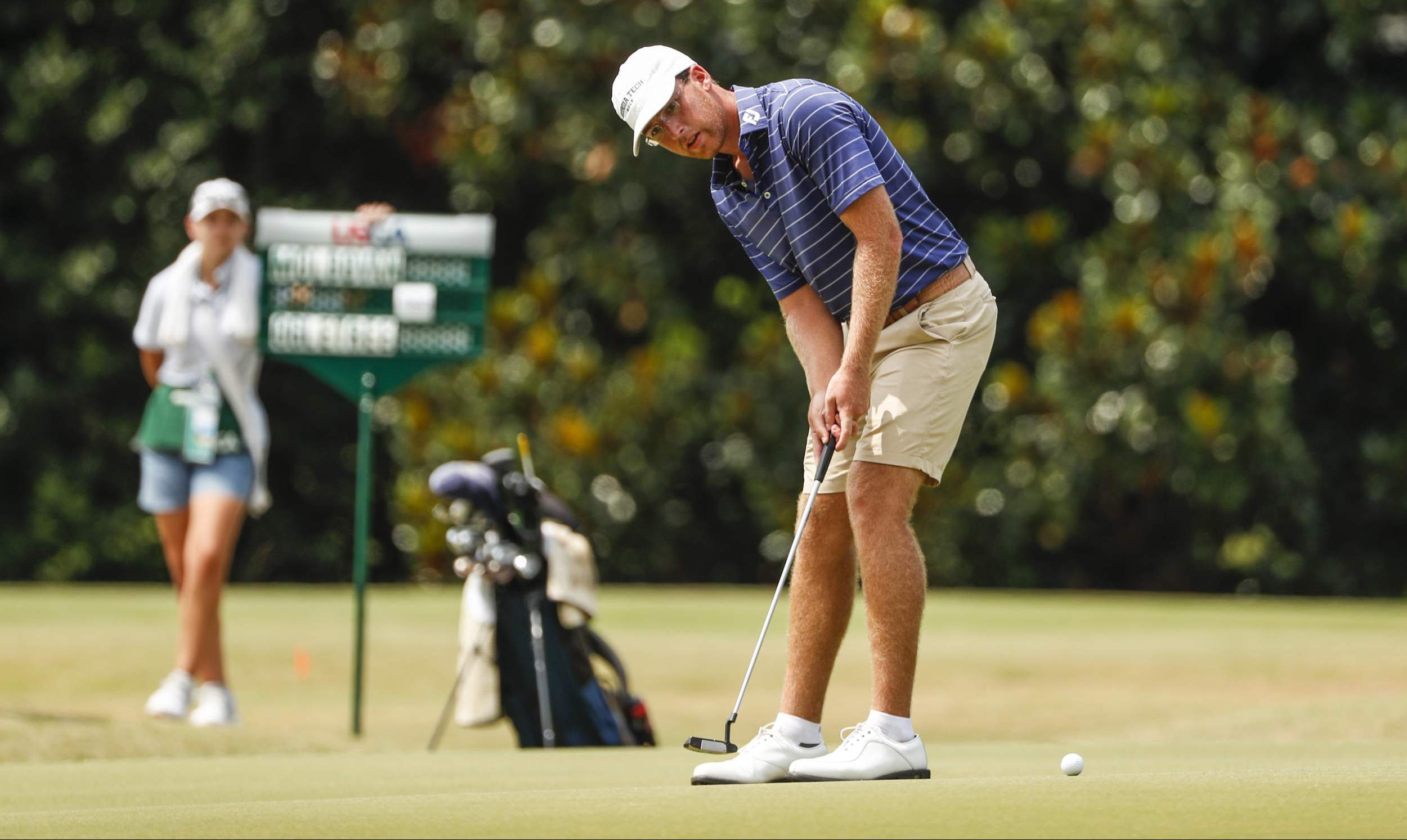 The win over Hathcoat sets up a quarterfinal match for Ogletree against Spencer Ralston, a rising senior at Georgia, which tees off at 2:45 p.m. Friday. Ralston routed Texas Longhorn sophomore Parker Coody, who had beaten the Jacket’s Noah Norton in the opening round, by a 6 and 5 score Thursday afternoon after taking his round of 32 match, 1 up, over Julian Sale of France.

“We’re really good friends, so we’re looking forward to that,” said Ogletree. “We actually said earlier in the week, hope it gets to that point. No, we’re both happy just to make it this far, but obviously we want to move on and get to that championship match.”

Ogletree advanced to match play by tying for 18th place in the 36-hole stroke-play portion of the championship, then beat Chandler Phillips, a senior at Texas A&M, 4 and 3 in the opening round Wednesday. He is aiming to become the first Georgia Tech golfer to win a U.S. Amateur championship since Matt Kuchar in 1997.

Tech’s top-ranked player at the end of the spring college season (No. 19), Ogletree qualified for the championship for the fourth time in five years, and last advanced to match play in 2017. The Little Rock, Miss., senior was a second-team All-American and an All-Atlantic Coast Conference choice this spring after posting four top-10 finishes, including a runner-up showing at the ACC Championship. Ranked No. 119 in the World amateur rankings, Ogletree won the Monroe Invitational and advanced to the round of 16 at the North & South Amateur.

All quarterfinal matches Friday, with semifinal matches Saturday and the 36-hole championship match on Sunday. All matches through the semifinals will take place at the No. 2 course. Sunday’s 36-hole final will be played on both the No. 4 (morning round) and No. 2 (afternoon round) courses. 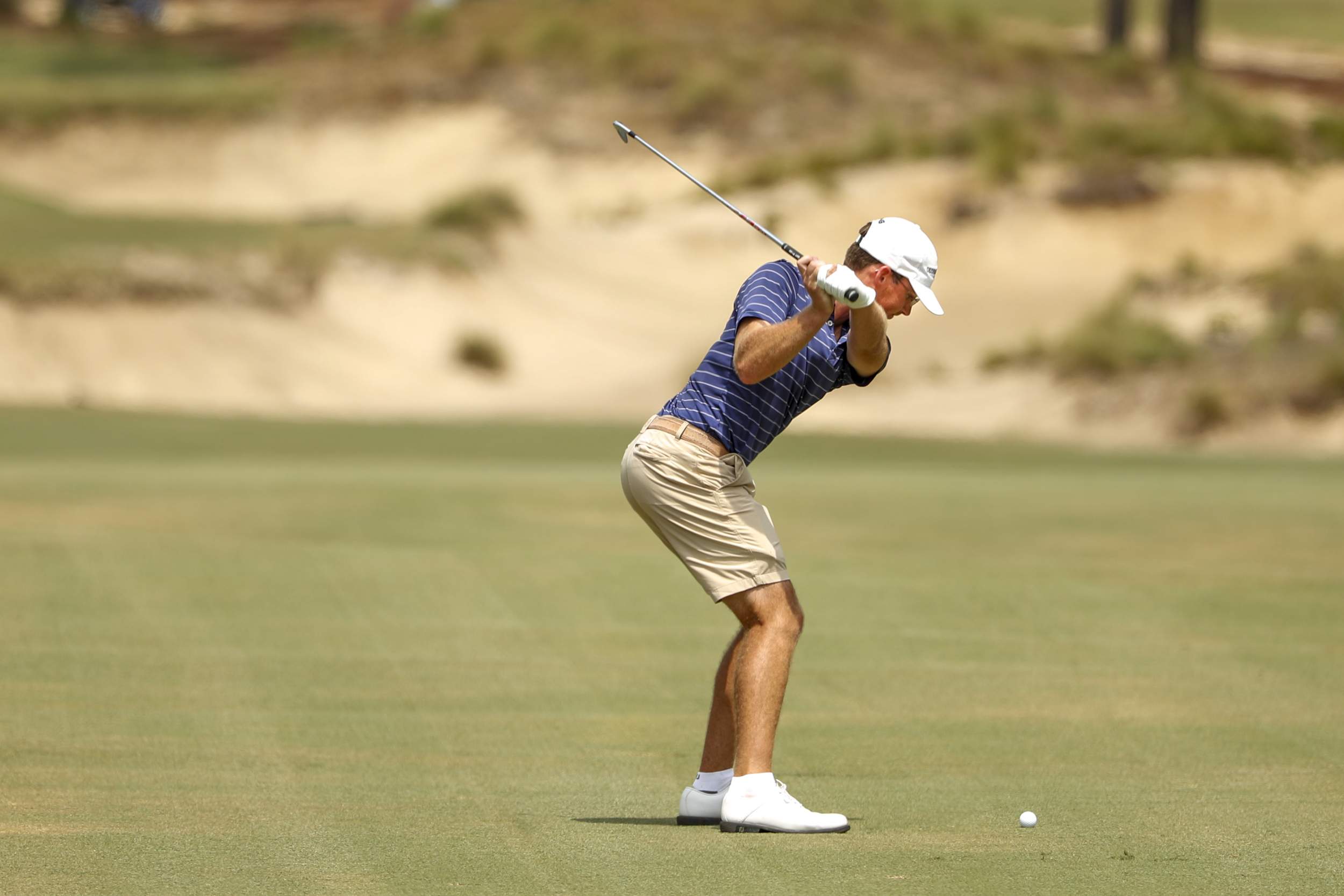