THE FLATS – Georgia Tech senior lineman Jahaziel Lee is one of 91 student-athletes on the official watch list for the 2019 Wuerffel Trophy, presented by the Chick-fil-A Foundation. Known as “College Football’s Premier Award for Community Service,” the Wuerrfel Trophy is awarded annually to the NCAA Division I FBS football student-athlete that best combines exemplary community service with athletic and academic achievement.

Highlighting Lee’s community service efforts, he was one of 20 student-athletes to travel to Puerto Rico in May for Georgia Tech athletics’ 2019 Jackets Without Borders trip, where he assisted with continuing efforts to rebuild communities devastated by Hurricane Maria. Lee also participated in Super Bowl Rise to Win, a youth clinic held in conjunction with the Boys and Girls Club during Super Bowl LIII weekend in Atlanta in February, assisted with a Habitat For Humanity home build in July 2018 and has visited young patients at nearby Emory University Hospital. 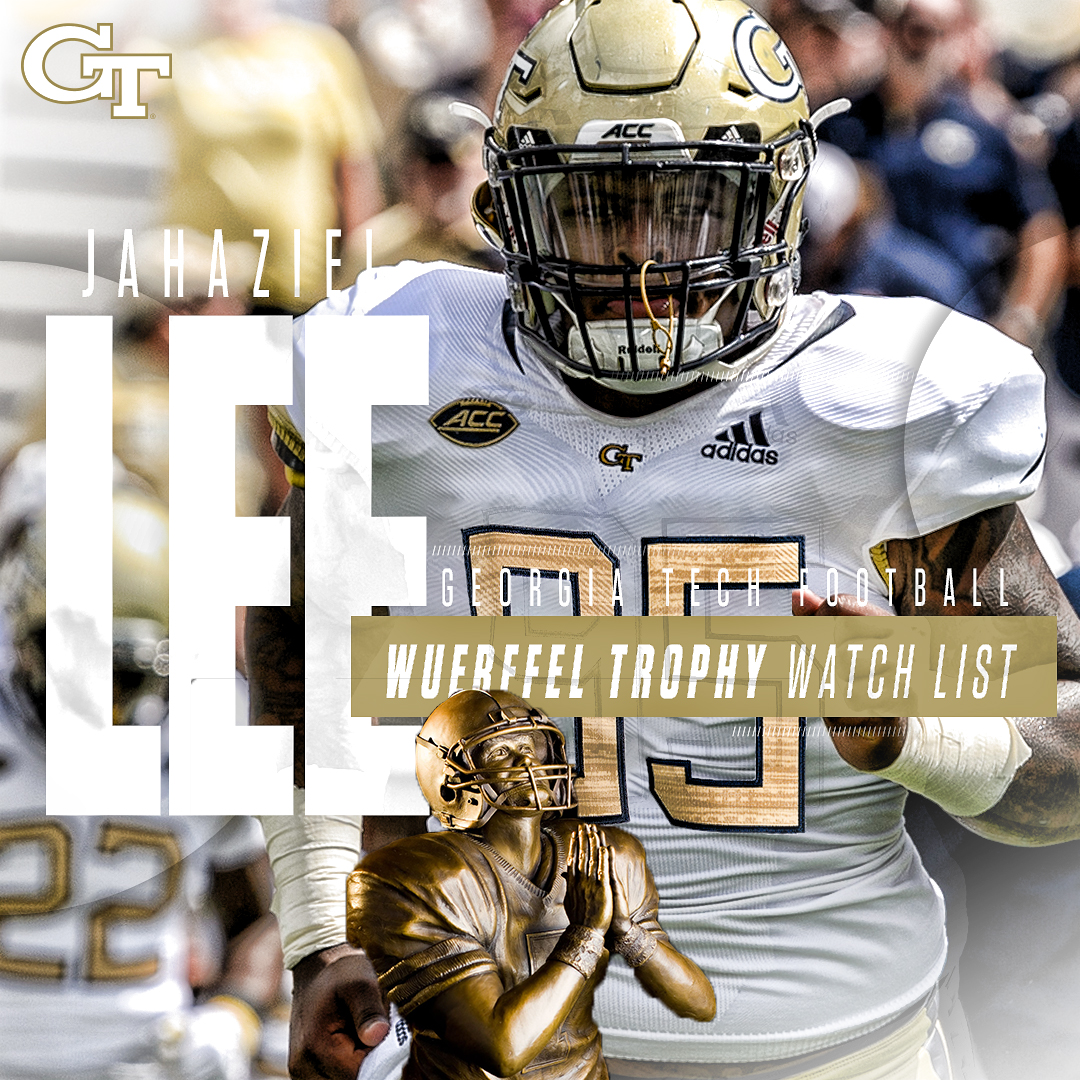 On the field, Lee has been a starting offensive lineman for the Yellow Jackets each of the past three seasons, playing both center and left tackle. He is expected to see time along the defensive line as a senior in 2019 after spending time on the defensive side of the ball during spring practice.

Earlier this month, Lee was named an official candidate for the 2019 Allstate AFCA Good Works Team, which also recognizes student-athletes for their dedication to community service and leadership on and off the field.

Named after 1996 Heisman Trophy winner Danny Wuerffel, the 2019 Wuerffel Trophy will be presented in February 2020 in Fort Walton Beach, Fla.