THE FLATS – Georgia Tech senior lineman Jahaziel Lee is one of 137 student-athletes that have been nominated for the 2019 Allstate AFCA Good Works Team, the American Football Coaches Association (AFCA) announced on Tuesday.

The Good Works Team recognizes student-athletes for their dedication to community service and leadership on and off the football field.

Highlighting Lee’s community service efforts, he was one of 20 student-athletes to travel to Puerto Rico in May for Georgia Tech athletics’ 2019 Jackets Without Borders trip, where he assisted with continuing efforts to rebuild communities devastated by Hurricane Maria. Lee also participated in Super Bowl Rise to Win, a youth clinic held in conjunction with the Boys and Girls Club during Super Bowl LIII weekend in Atlanta in February, assisted with a Habitat For Humanity home build in July 2018 and has visited young patients at nearby Emory University Hospital. 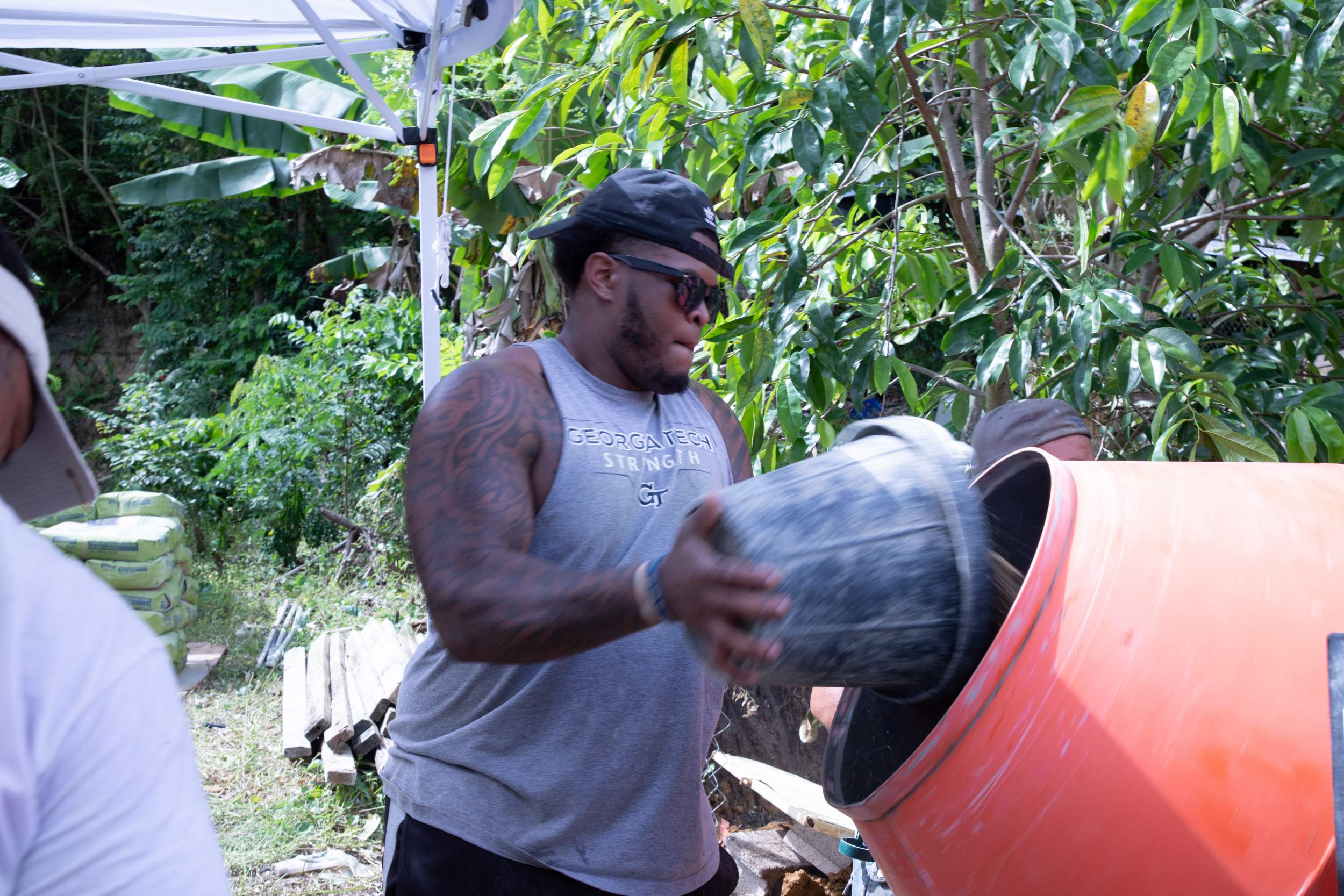 On the field, Lee has been a starting offensive lineman for the Yellow Jackets each of the past three seasons, playing both center and left tackle. He is expected to see time along the defensive line as a senior in 2019 after spending time on the defensive side of the ball during spring practice.

The final 22-member Allstate AFCA Good Works Team and honorary coach is selected by a voting panel consisting of former team members and prominent media and will be announced on Sept. 12.