Jackets Trail by 1 at Olympia Fields

Olympia Fields, Ill. – Andy Ogletree fired an even-par 70 Saturday as No. 3 Georgia Tech battled windy conditions to post a 7-over-par 287 and slip to second place after 36 holes at the Olympia Fields Country Club/Fighting Illini Invitational. The Yellow Jackets, who trail for the first time in five rounds this fall, enter Sunday’s final round one shot behind No. 20 Baylor.

TECH LINEUP – Ogletree, a senior from Little Rock, Miss., started his Saturday round with a birdie and got to 2-under-par with a birdie at No. 8, but could only muster two bogeys and eight pars the rest of the way in battling to his 70. Coupled with his Friday 69, the reigning U.S. Amateur champion is two shots off the lead for medalist honors at 1-under-par 139.

The Yellow Jackets’ score of 287 Saturday was the second-best score of the day, matched by No. 10 Pepperdine and No. 23 North Carolina and beaten only by the Bears, who posted a 1-over-par 281. Tech was able to muster just four birdies on the back nine as winds blew in the 15-20 mile-per-hour range and stormy conditions threatened throughout at Olympia Fields Country Club. 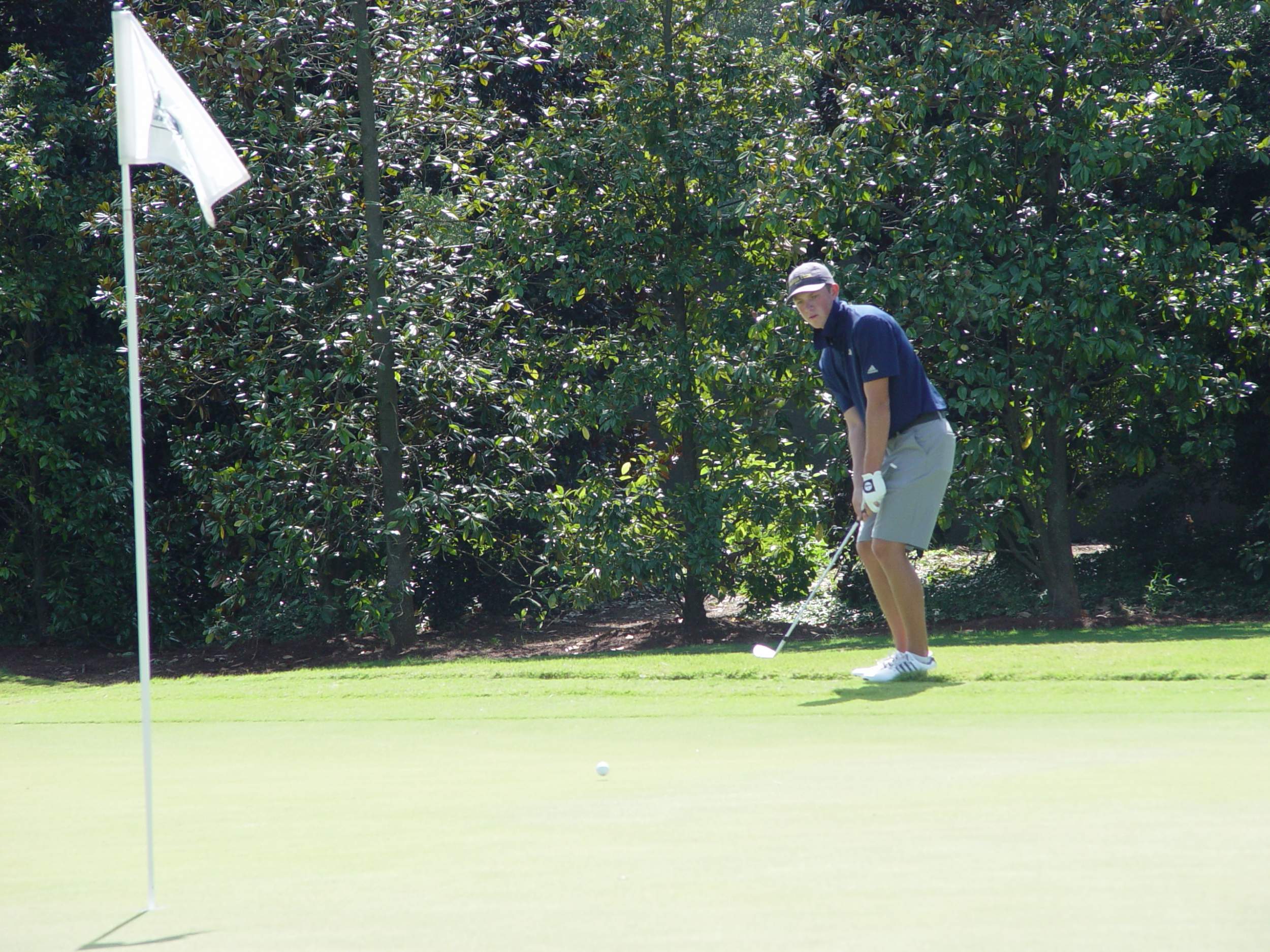 INDIVIDUAL LEADERBOARD – Oklahoma State’s Austin Eckroat matched Feagles’ low round of the day (67) and assumed the individual lead at 3-under-par 137, one shot ahead of Baylor’s Cooper Dossey (138, -2), who posted a 70 Saturday.

Ogletree has a two-round total of 139 (-1) and is tied with the Longhorns’ Cole Hammer, Pepperdine’s William Mouw and Florida State’s Jamie Li. Hammer and Mouw each shot 68 Saturday.

John Axelsen of Florida and the Waves’ Joe Highsmith are tied for seventh place at even-par 140. 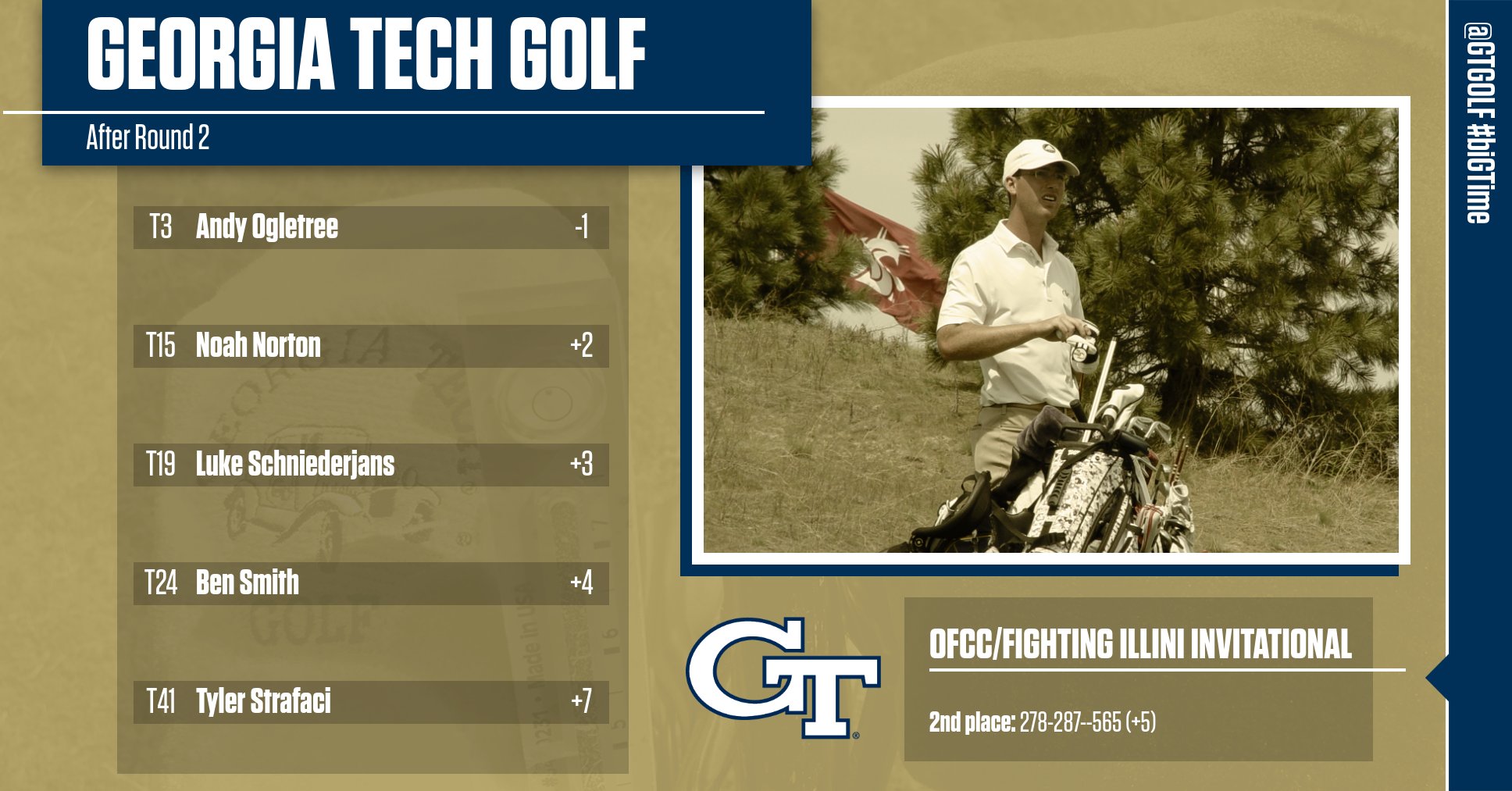 "A very challenging day for sure. I thought we handled it pretty well. We started off last and got the worst of it, wind and rain. But we played the last four or five holes pretty even, hung in there well."

TOURNAMENT INFORMATION – Georgia Tech is competing in this event for the second time, and first since 2006, at the famed Olympia Fields Country Club (7,219 yards, par 70), which has hosted two U.S. Open Championships and two PGA Championships. The final round is set for 8 a.m. Eastern time Sunday, with the Yellow Jackets in the final pairing with Baylor and Pepperdine, starting at 10 a.m.