Waikoloa, Hawai’i  – Andy Ogletree fired a 5-under-par 67, and Noah Norton shot 4-under-par 68 to lead No. 2 Georgia Tech Thursday, and the Yellow Jackets posted an 11-under-par team total of 277 and are tied for fourth place after the opening round of the Amer Ari Intercollegiate at the Waikoloa Resort.

TECH LINEUP – Ogletree and Norton both finished strong, putting together a string of birdies on the same three holes (2,3 and 4) at the end of their rounds on the Kings Course. Ogletree, a junior from Little Rock, Miss., made no bogeys in matching the low round of his career and is tied for seventh place individually. Norton, a sophomore from Chico, Calif., had five birdies and one bogey in his round and is tied for 12th place.

Junior Luke Schniederjans (Powder Springs, Ga.) birdied five of his first six holes in the shotgun start, but played the rest of his round 3-over-par and finished with a 70 (-2), tied for 30th place. Junior Tyler Strafaci (Davie, Fla.) and fifth-year senior James Clark (Columbus, Ga.) each posted an even-par 72. 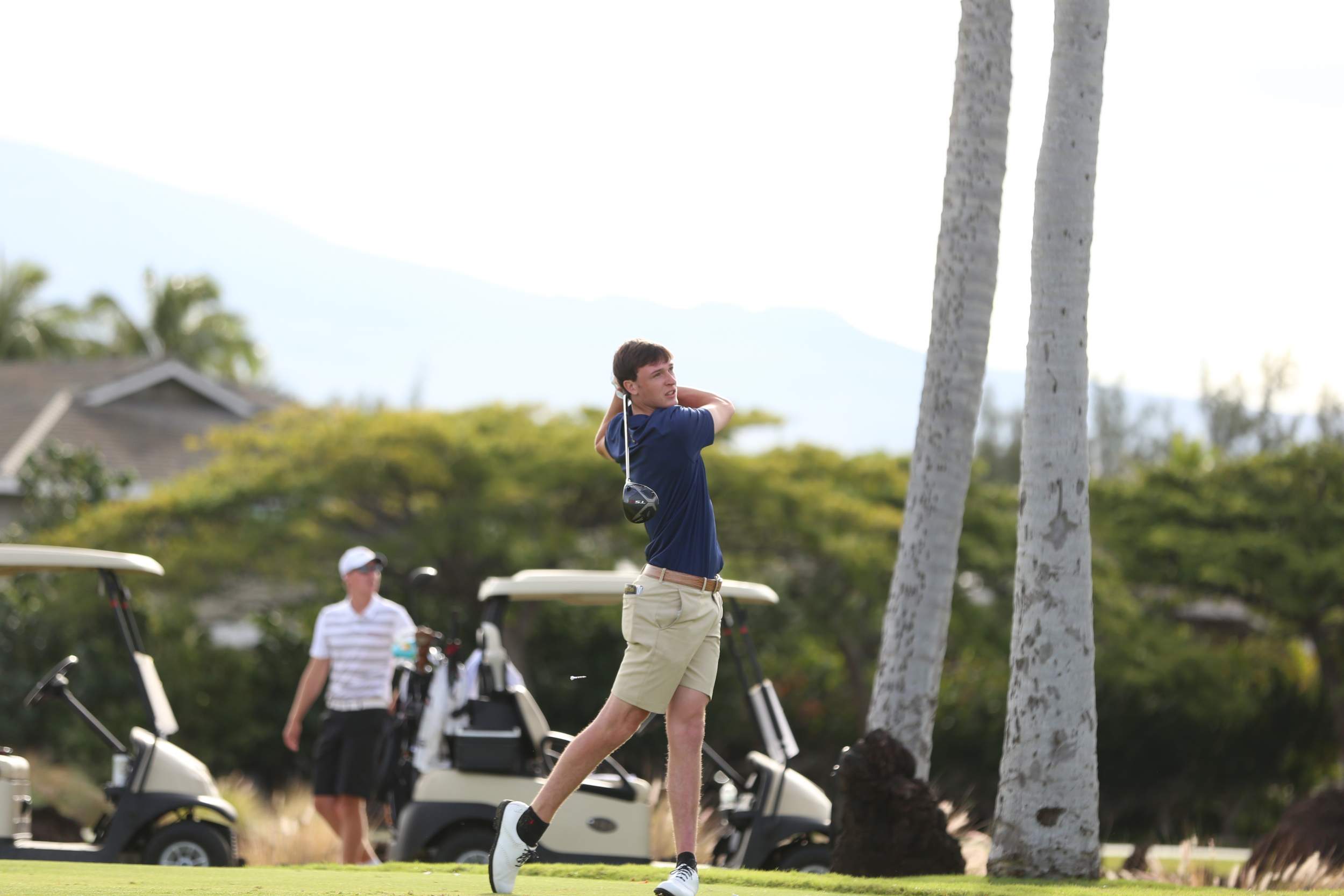 TEAM LEADERBOARD – Top-ranked Oklahoma State counted four rounds in the 60s, led by individual leader Zach Bachou’s 63, and posted a 21-under-par round of 267 to grab first place after the opening round. Four players broke 70 for No. 29 Texas Tech as well, giving the Red Raiders a 19-under-par 269 Thursday to hold second place.

Thirteen of the 18 teams in the field broke par on Thursday.

INDIVIDUAL LEADERBOARD – Bachou of Oklahoma State has a two-stroke lead over Oregon’s Ryan Gronlund, who fired a 7-under-par 65. The Cowboys’ Viktor Hovland led a group of three players at 6-under-par 66, while Ogletree is in a five-way tie for seventh place at 67. Norton is one of eight players tied for 12th at 68.

A total of 52 of the 109 competitors in the field broke par Thursday.

COACH BRUCE HEPPLER SAYS – “It was a great day for scoring out here, but we weren’t able to get it done on some of the scoring holes. Noah and Andy finished strong and helped us rally late in the round. I’m looking forward to get out there tomorrow morning and see what we can do.”