Eatonton, Ga. – Noah Norton fired a 3-under-par 69 Friday to lead three Yellow Jackets under par for the day, and Georgia Tech posted a 5-under-par total of 283 to take a two-stroke lead after the opening round of the 16th annual Linger Longer Invitational at Great Waters course at Reynolds Plantation.

Tech, ranked No. 40 in the nation in the current Golfstat rankings, is seeking its second straight tournament victory of the spring on the heels of a win at the Wyoming Desert Intercollegiate three weeks ago.

TECH LINEUP – Norton, who has finished in the top 10 of Tech’s last two tournaments, had five birdies on his card in posting his fifth round in the 60s out of his last seven. The senior from Chico, Calif., is tied for fourth place individually, three shots off the individual lead.

The Jackets lead the field in birdies with 27 and scoring on par-5 holes (-11). Even Will Dickson (Providence, R.I.), whose 75 did not count for Tech Friday, had six birdies on his card. 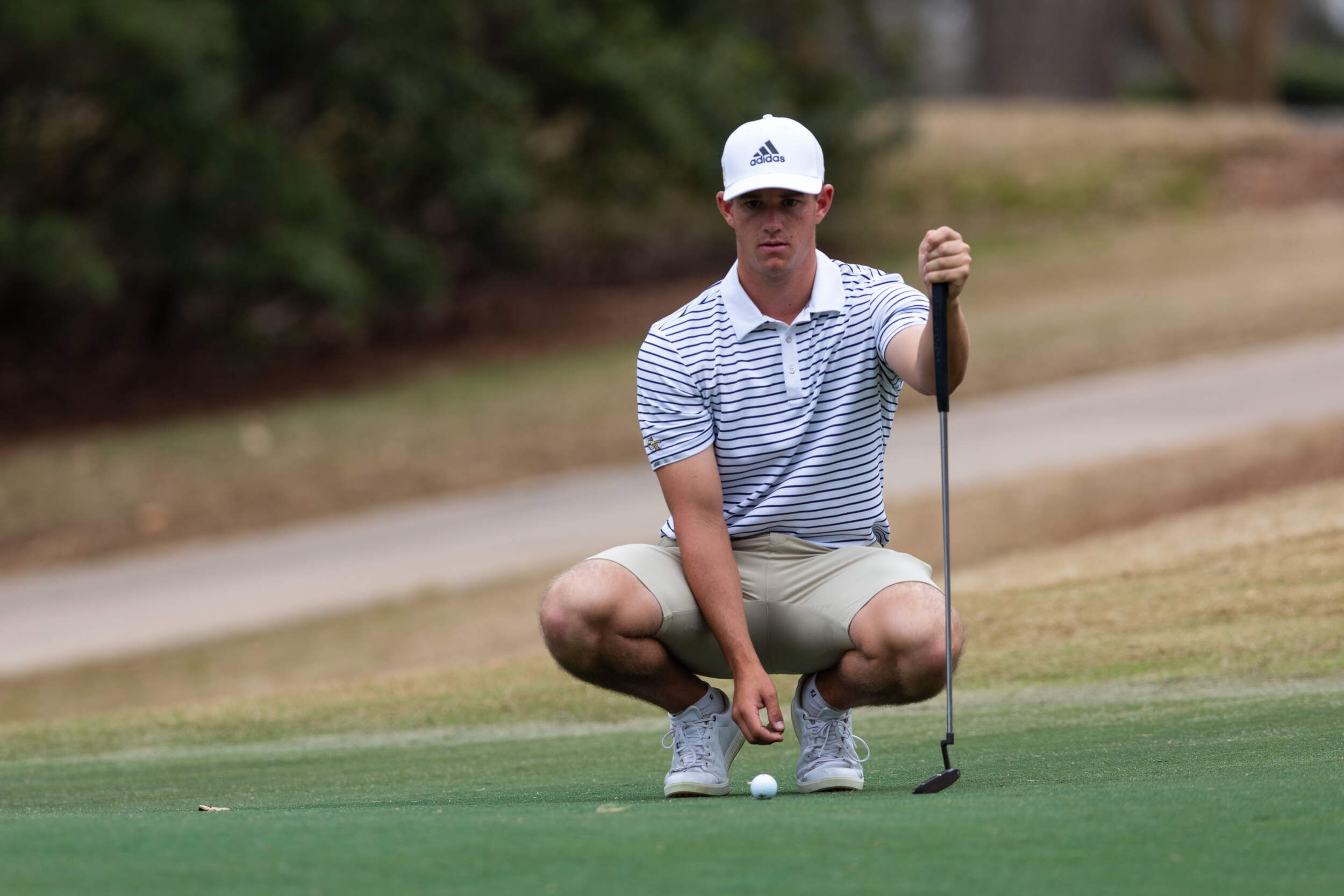 Noah Norton has posted five rounds under 70 in his last seven. (photos by Clyde Click)

TEAM LEADERBOARD – Tech, playing this tournament for the first time since 2013, grabbed the opening-round lead by three strokes over Charlotte, who also had three subpar scores, covered the Great Waters course in 3-under-par 285.

Florida Gulf Coast and High Point are the only other two teams of the 16 competing to shoot under par Friday, each posting 1-under-par 287 to tie for third place. Memphis is in fifth place at 1-over-par 289, while Louisiana Tech holds sixth at 2-over-par 290, and Virginia, the other ACC team in the field, has seventh place at 3-over 291.

INDIVIDUAL LEADERBOARD – Connor McKay of Middle Tennessee State had the best round of the day, a 6-under-par 66, to lead by two strokes over James Swash of Louisiana Tech and Wei Wei Gao of Virginia, each at 4-under-par 68. Tech’s Norton is tied with four others with his 69.

Five more players are tied for ninth place at 2-under-par 70, while the Yellow Jackets’ Howe and Lamprecht are among 10 individuals at 1-under-par 71. Twenty-three of the 87 players in the field broke pat Friday. 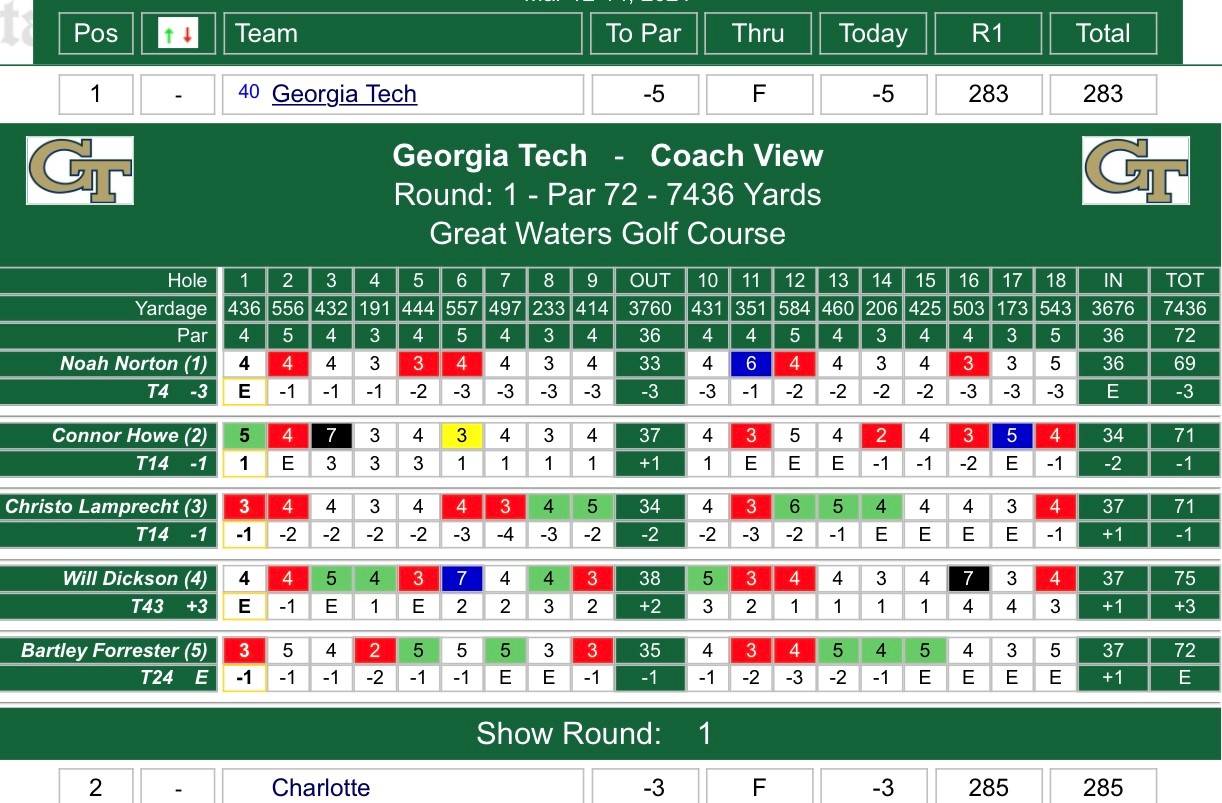 "We had a few mistakes today and a little misfortune, but to have 27 birdies and an eagle from your five players is really encouraging. That is closer to what the best teams in the country do. The golf course is a good test, it’s in great shape, and the weather was perfect. We’ll come back out tomorrow and try to clean up some of the stuff from today and see what happens. Noah and Connor are improving and becoming more consistent, and Christo continues to play well."

TOURNAMENT INFORMATION – The Yellow Jackets are competing in this event for the second time, first since 2013. The Linger Longer Invitational is being conducted at Great Waters, which measures 7,436 yards and plays to a par of 72.