THE FLATS – Noah Norton, Andy Ogletree and Tyler Strafaci each carded 1-under-par 69s on Friday, leading No. 3 Georgia Tech to a 2-stroke lead after the opening round of the Olympia Fields Country Club/Fighting Illini Invitational, Friday through Sunday in Olympia Fields, Ill.

TECH LINEUP – The Yellow Jackets played steady golf over the 7,219-yard, par-70 Olympia Fields Country Club on Friday, recording 14 birdies and only two holes higher than a bogey in fashioning a 2-under-par total of 278.

Norton (junior, Chico, Calif.) and Ogletree (senior, Little Rock, Miss.) each posted four birdies in their rounds, while Strafaci (senior, Davie, Fla.) had two with just one bogey. They are all tied for seventh place individually. Luke Schniederjans (senior, Powder Springs, Ga.), who won the Carpet Capital Collegiate two weeks ago, posted the Jackets’ fourth counting scored with a 1-over-par 71 and is tied for 21st.

The Jackets led the field in par-4 scoring (even) and pars (64), and are tied for second in birdies (Pepperdine carded 19).

Noah Norton missed the final two rounds of the Carpet Capital Collegiate with back spasms but shot 69 Friday.

TEAM LEADERBOARD – The Yellow Jackets, who led wire-to-wire in winning the Carpet Capital Collegiate two weeks ago, have a 2-stroke lead over 10th-ranked Pepperdine, who shot even-par 280 led by a 68 from Sahith Theegala.

Norton, Ogletree and Strafaci are tied for seventh place at 69 with three other players, and another group of eight players shot even-par 70 on Friday. 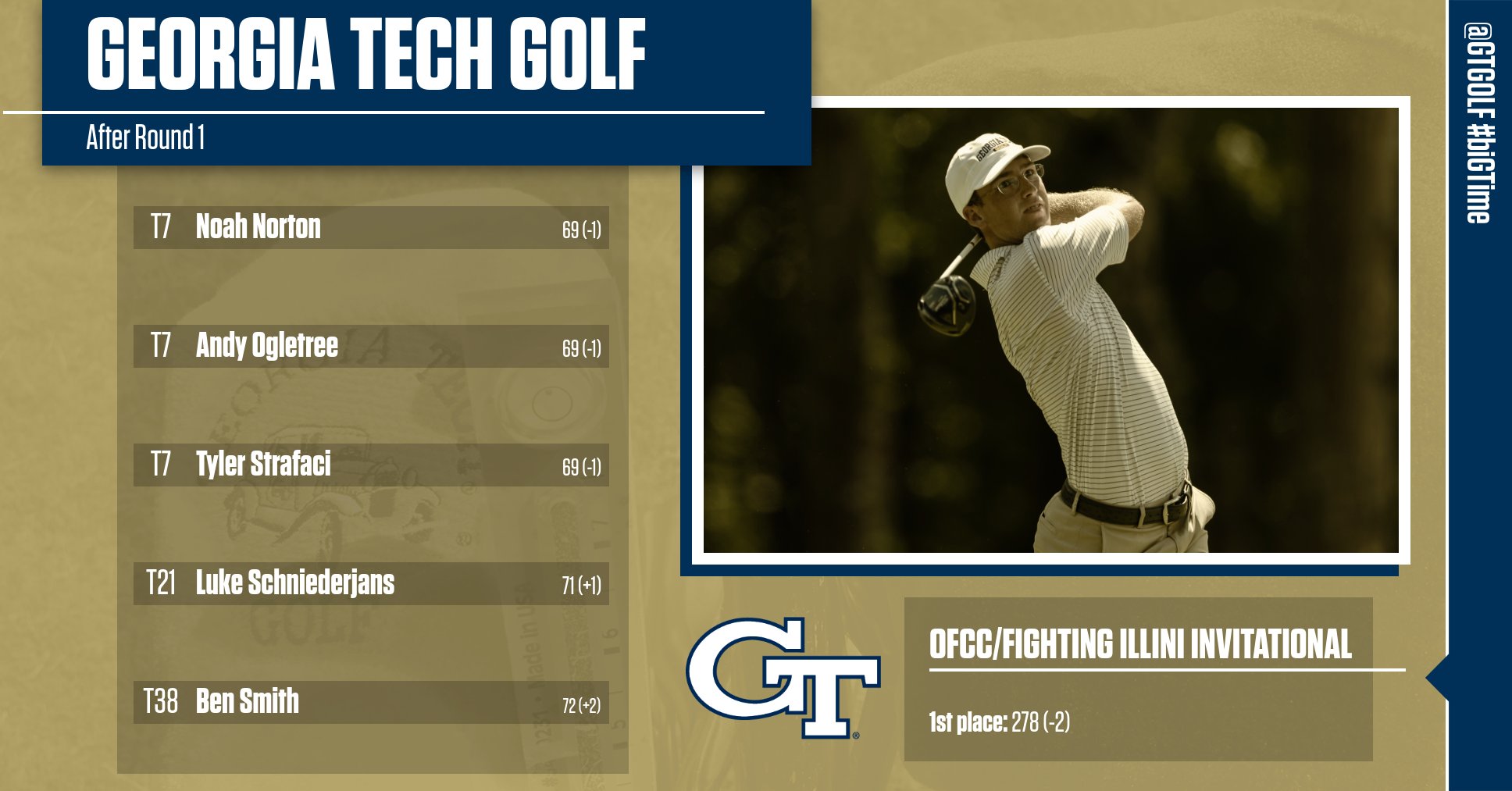 "We were in a good place the whole day. Luke had a bad break on the 16th, but otherwise a real solid round for him, too. I’m very pleased with everyone and what they’re doing. For 2-over to be our worst score is very positive. This is a hard course, and it’ll be an even more severe test tomorrow with the weather that is being forecast."

TOURNAMENT INFORMATION – Georgia Tech is competing in this event for the second time, and first since 2006, at the famed Olympia Fields Country Club, which has hosted two U.S. Open Championships and two PGA Championships.