Las Vegas, Nev.  –  Led by a trio of golfers shooting 3-over-par 75, Georgia Tech’s golf team, ranked No. 3 in the nation, is off to a slow start in the Southern Highlands Collegiate against one of collegiate golf’s strongest fields, posting a 14-over-par score of 302 Sunday to sit in 11th place after the opening round.

Sophomore Ben Smith (Novi, Mich), competing as an individual, posted Tech’s best score on Sunday with a 74 and is tied for 21st. 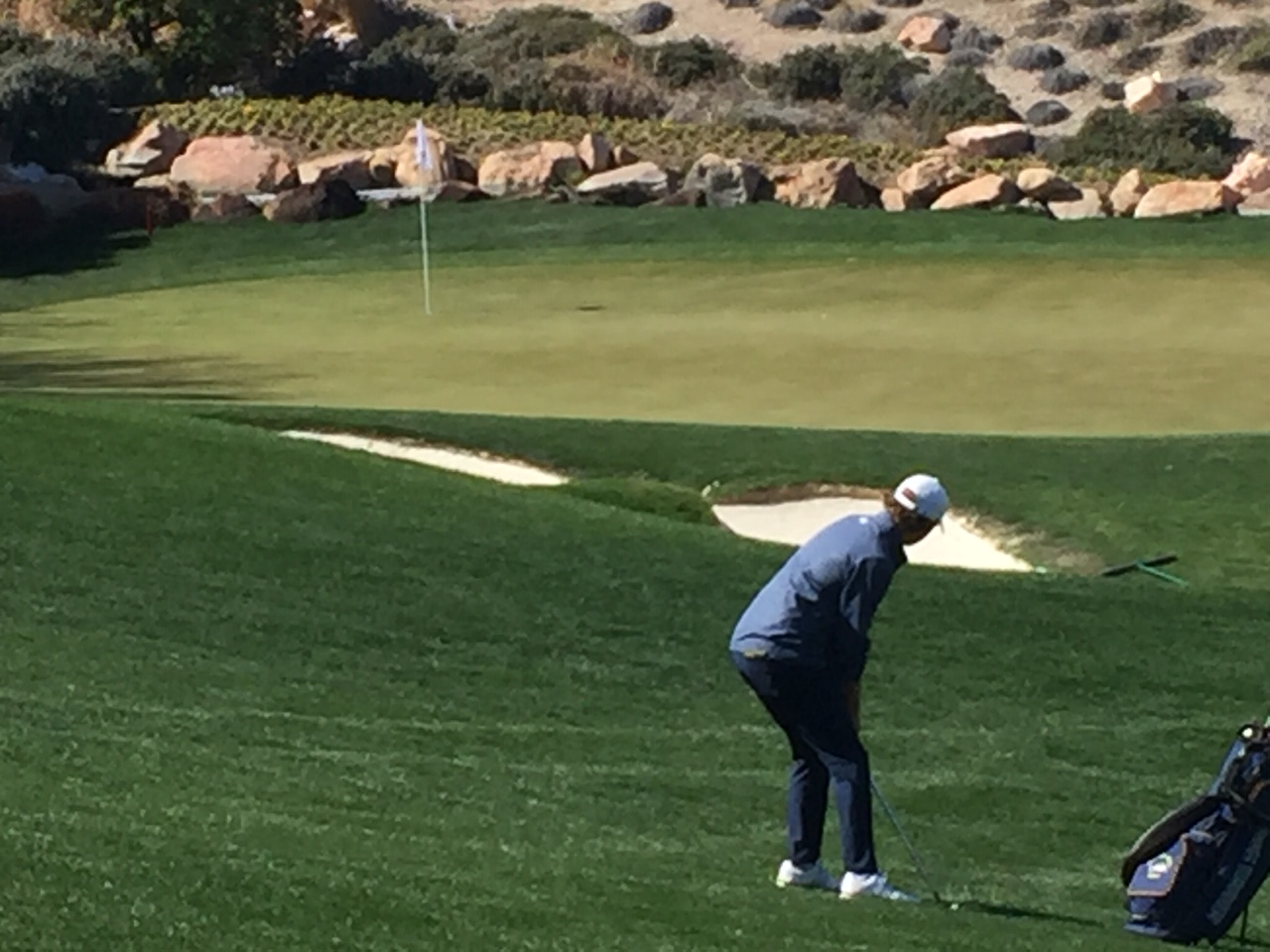 Senior Tyler Strafaci was one of three Tech golfers to shoot 75 in the opening round. (photo by Scott Price).

TEAM LEADERBOARD – No. 23 Southern California was the only team that managed to break par as a unit, posting a 1-under score of 287 behind a 5-under-par 67 from Yuxin Lin and a 71 from Issei Tanabe. The Trojans are five shots ahead of No. 5 Texas (292, +4), whose best score was an even-par 72 from Pierceson Coody.

The Yellow Jackets are 15 shots off the pace.

INDIVIDUAL LEADERBOARD – Yuxin Lin of Southern California and Davis Thompson of Georgia are tied for the lead individually with 5-under-par scores of 67. UCLA’s Devon Bling shot 68 Sunday and sits one stroke behind. Six players are tied for fourth place at 1-under-par 71. 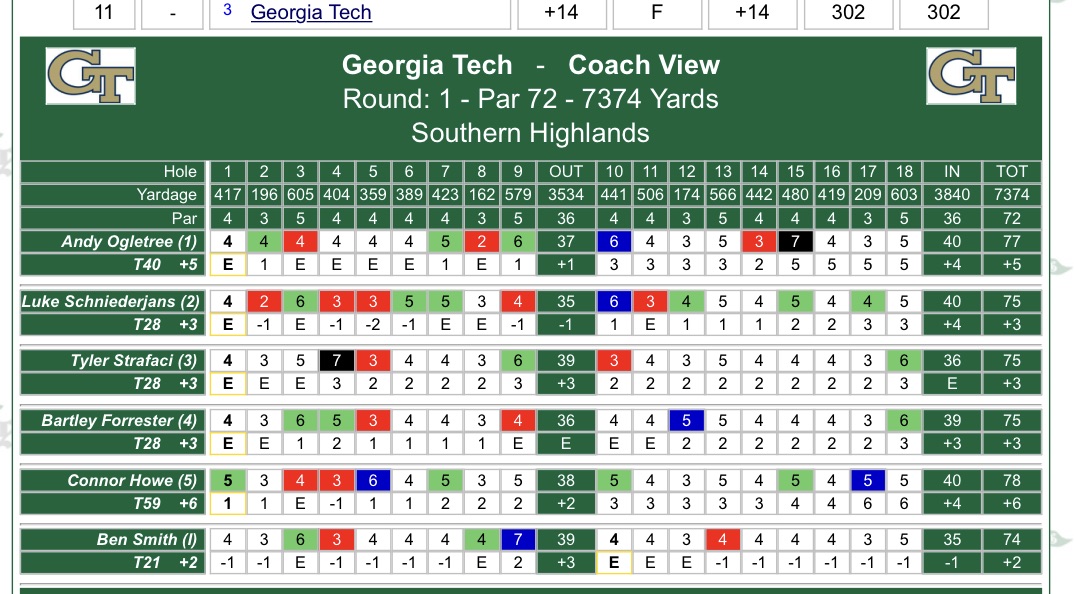 "We were doing fine and ran into some trouble on the back nine, starting on 10 with a couple of double bogeys. The golf course is hard and played harder with a strong wind, and we didn’t handle it as well as some of the other teams. There’s not much margin for error, you can be a foot off here or there and really pay for it. But we’ll get back out here tomorrow and see if we can move up."