Jackets in 10th Place at Golf Club of Georgia Collegiate

Alpharetta, Ga. – Senior Tyler Strafaci shot a 1-under-par 71 to provide the only bright spot Saturday for top-ranked Georgia Tech, which posted a 15-over-par round of 301 and stands in 10th place after 36 holes at the Golf Club of Georgia Collegiate Invitational.

The 54-hole event concludes Sunday on the Lakeside Course at the Golf Club of Georgia in Alpharetta, and admission is free. Competition begins at 9 a.m.

TECH LINEUP – In monsoon-like conditions, Strafaci (Davie, Fla.) was the only Yellow Jacket to avoid a big number, carding three birdies and two bogeys for his 71. At even-par 144 for 36 holes, the senior is tied for 13th place individually. 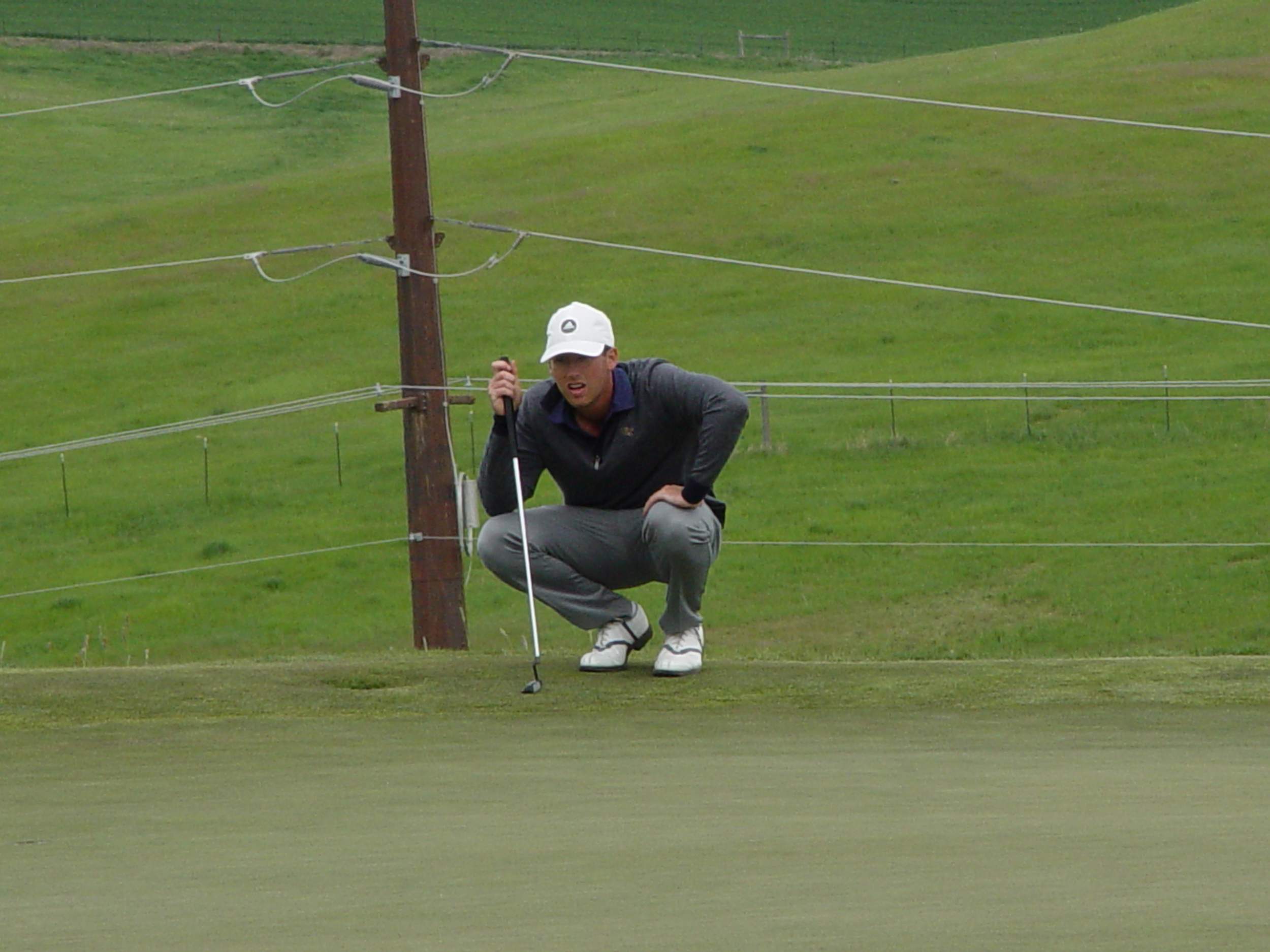 TEAM LEADERBOARD – With temperatures barely above 50 degrees, steady rain and winds gusting above 20 miles per hour, No. 10 Duke navigated the Lakeside Course with only one hole higher than a bogey among its four counting players. Adrian Pendaries and Evan Katz each shot 71 to lead the Blue Devils, who posted a 3-over-par round of 291, and is the only team under par (575, -1) after 36 holes.

INDIVIDUAL LEADERBOARD – Texas A&M’s William Paysse, whose 67 Friday earned him a share of the individual lead, assumed it alone after 36 holes with an even-par 72 on Saturday. At 5-under-par 139, he is one stroke ahead of Duke’s Pendaries (140, -4). 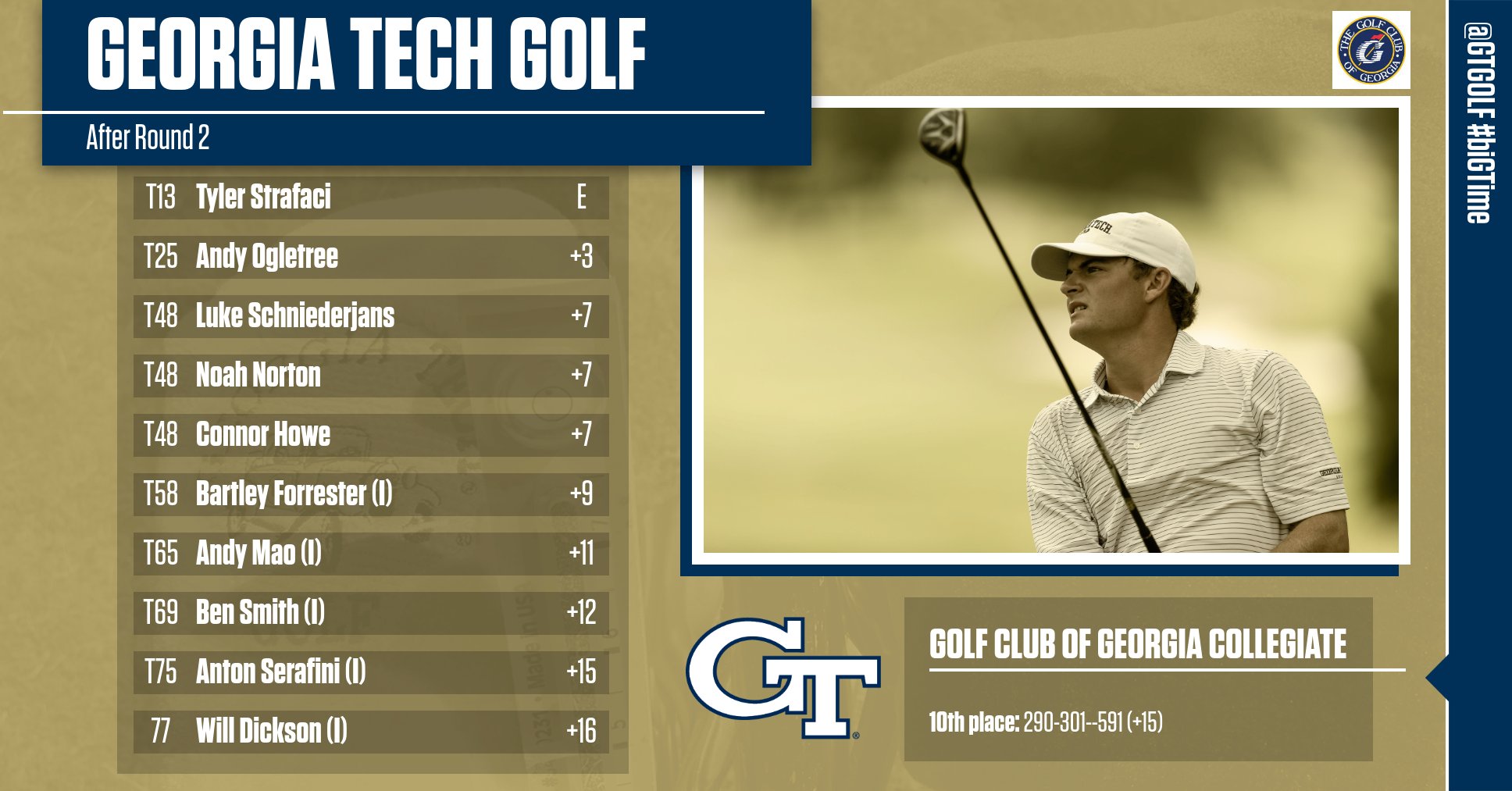 "I think the last time we played in weather this severe was at the Club at Irish Creek two years ago, the last day was really nasty. It never really let up, and there were stretches where it was really bad. We turned fine, and through 13 holes we had played our way back into the tournament. Then we really couldn’t pull it together and struggled the last five holes. Ty played a great round and showed everybody what’s possible, but we just didn’t get it done."

The Yellow Jackets tied for third place last fall, and have finished out of the top five just twice in 13 years.