Alpharetta, Ga. – Georgia Tech’s golf team, which has risen to the top spot in the latest Golfweek/Sagarin Index after winning both of its tournaments so far this fall, welcomes many of the nation’s top teams to its home course this weekend for the 14th annual Golf Club of Georgia Collegiate Invitational.

The 54-hole event runs Friday through Sunday on the Lakeside Course at the Golf Club of Georgia in Alpharetta, and admission is free. Competition begins at 9 a.m. each morning.

TOURNAMENT INFORMATION – The Golf Club of Georgia Collegiate, formerly called the United States Collegiate Championship, is contested at the Yellow Jackets’ home club. The tournament will be played exclusively on the 7,017-yard, par 72 Lakeside Course, 18 holes each day Friday through Sunday.

Tech is paired with Clemson and Stanford for Friday’s opening round, and with Pepperdine and UCLA for Saturday’s second round. Pairings for the Sunday’s final round will be set based on the leaderboard through the conclusion of 36 holes.

The Yellow Jackets tied for third place last fall, and have finished out of the top five just twice in 12 years.

The Golf Club of Georgia Collegiate Invitational runs Friday through Sunday, and admission is free.

TEAM UPDATE – Head coach Bruce Heppler’s 25th Yellow Jacket team, which was ranked No. 3 behind 2019 NCAA runner-up Texas and Arizona State in the preseason coaches poll, has become the nation’s No. 1 team in the latest Golfweek/Sagarin Index after winning the Carpet Capital Collegiate by 20 strokes its season opener, and sharing the title at the Olympia Fields/Fighting Illini Invitational.

Tech returns all five starters from a team which won six tournaments in 2018-19, including the ACC Championship in the spring. The Jackets finished fourth in the NCAA Pullman Regional and 18th at the NCAA Championship. This year’s unit won the Carpet Capital Collegiate, for the third straight year, two weeks ago.

Schniederjans and Strafaci finished 1-2 at the Carpet Capital Collegiate, the former capturing his third career tournament title. Norton and Ogletree tied for ninth at the Olympia Fields Invitational, earning exemptions into this week’s event. Connor Howe, a sophomore from Ogden, Utah

Four Jackets are ranked among the nation’s top 30 individuals in the Golfweek/Sagarin Index, with Schniederjans leading the group at No. 9, followed by North (26), Ogletree (27) and Strafaci (30). 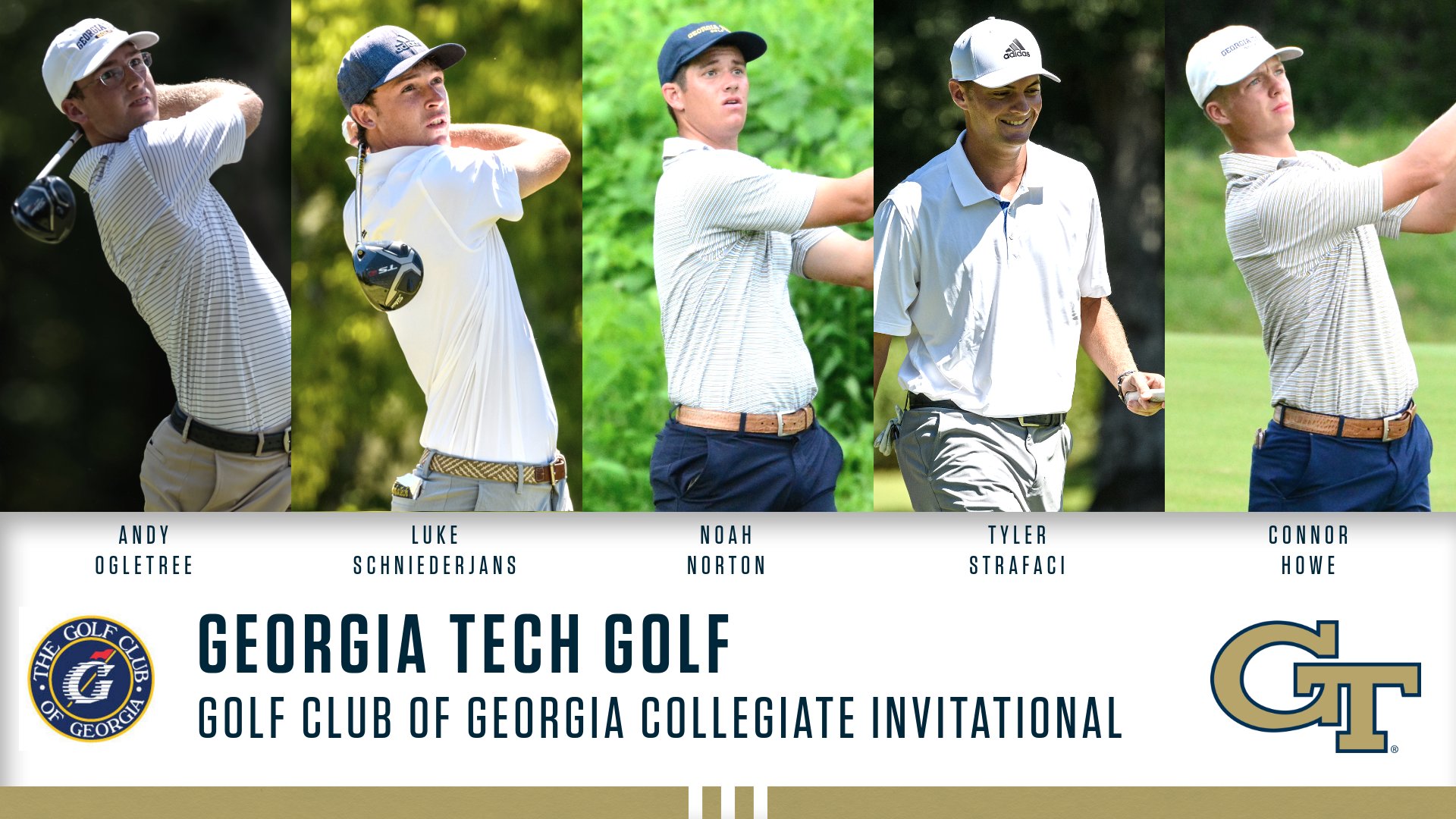 "I think this will be ranked no worse than 1, 2 or 3 as far as college events go. As I’ve looked at it, maybe from top to bottom, this is the best we’ve ever had. It should be a great test for everybody. There are not many of these events any more. The 500 rule in college golf has changed people’s minds about playing in tournaments like this, because somebody is going to go 0-for-13. But they also want to play on the best courses against the best teams."