Las Vegas, Nev.  –  Led by redshirt freshman Bartley Forrester with a 3-under-par 69, Georgia Tech improved its score by 10 strokes Monday, posting a 4-over-par 292, but was unable to gain any ground on the leaderboard and remains tied for 11th place after 36 holes at the Southern Highlands Collegiate.

TECH LINEUP – Bartley Forrester (Gainesville, Ga.), who earned his first career victory in Georgia Tech’s last tournament in Puerto Rico, put together a steady round, recording five birdies and two bogeys on the 7,374-yard Southern Highlands Golf Club, and sits in a tie for 11th place after 36 holes at even-par 144.

Schniederjans and Strafaci are tied for 35th place individually at 5-over-par 149, while Ogletree is tied for 50th place at 8-over-par 152.

Tech, which started round 2 at the 10th hole, again struggled on the back nine at Southern Highlands, but rallied to play the front nine in 1-over-par and completed 36 holes at 18-over-par 594.

Sophomore Ben Smith (Novi, Mich.), competing as an individual, shot 79 Monday and fell back to a tie for 61st. 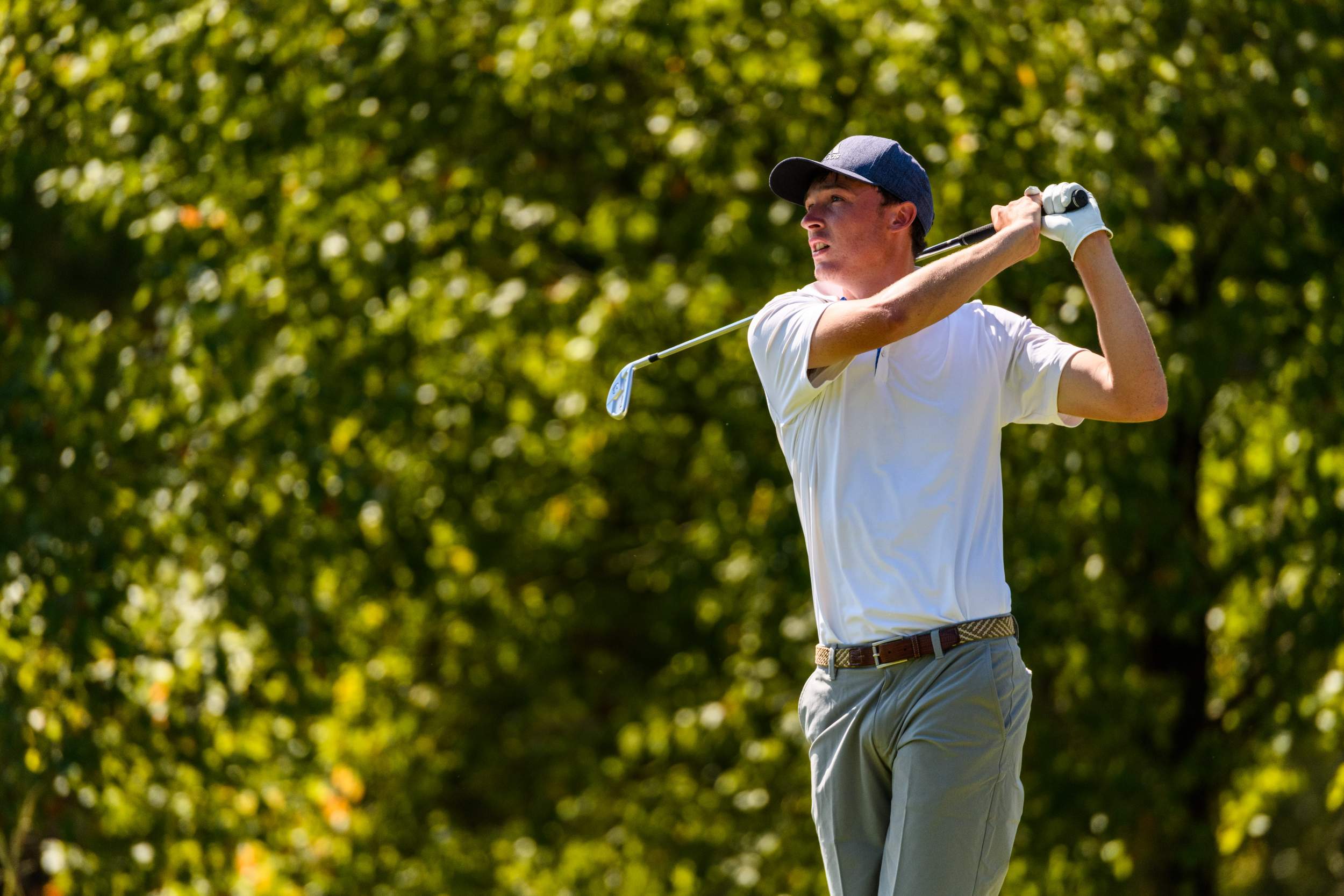 The Yellow Jackets are 24 shots off the pace.

INDIVIDUAL LEADERBOARD – Even with scores lower on Monday, Yuxin Lin of Southern California defied the difficulty of the golf course with his second straight 5-under-par 67 and opened a five-stroke lead on the field in the medal race, finishing 36 holes at 10-under-par 134.

Florida’s Ricky Castillo, with a 68 Monday, has second place at 5-under-par 139, while SMU’s Mac Meissner (69 Monday) holds third at 4-under-par 140. Pepperdine’s Sahith Theegala shot the best round of the tournament with a 7-under-par 65 and moved into a four-player tie for fourth place at 3-under-par 141.

Georgia’s Davis Thompson, the first-round leader, shot 75 Monday and is tied for eighth with USC’s Cameron Henry at 142 (-2), with UCLA’s Hidetoshi Yoshihara the only other player under par at 143 (-1), in 10th place.

The Southern Highlands course, which yielded only nine subpar scores to the 84-player field Sunday, gave up 21 subpar rounds Monday. 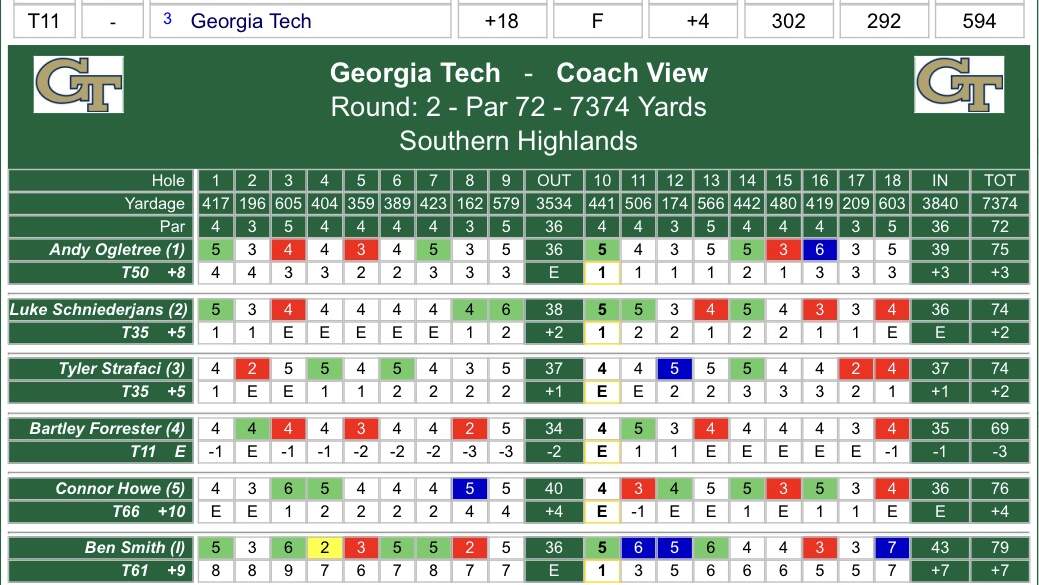 "It was a better day for us, we played really well on a challenging golf course under some challenging conditions. We still made some unforced errors, and with a little better decision-making, we might have been able to shoot under par. I’m very pleased with Bartley, he’s having another good tournament for us. So we’ll look to come back out tomorrow and try to shoot our best score of the tournament."