THE FLATS – After winning or sharing the title in its first two fall events and placing third in a stacked field in its home event, Georgia Tech’s golf team finished the fall season No. 2 in the Golfstat national rankings, No. 2 in the Bushnell Coaches poll and No. 3 in the Golfweek/Sagarin Index.

Tech, in its 24th year under head coach Bruce Heppler, began the fall by sharing the title of the Carpet Capital Collegiate in Rocky Face, Ga., with Tennessee, then rallied on the back nine to take first-place honors at the Maui Jim Intercollegiate in Scottsdale, Ariz. The Yellow Jackets then traveled to Dublin, Ohio for the Jack Nicklaus Collegiate Invitational match play event, where they defeated Kent State and South Carolina in the rain-shortened event.

Tech finished the fall season with its own home tournament, the 13th annual Golf Club of Georgia Collegiate Invitational, finishing third behind No. 10 Southern California and No. 9 Clemson. The field included four of the top 10 teams, seven of the top 25 and 11 of the top 50.

Three Yellow Jackets are listed among the nation’s top 40 individuals in the Golfstat player rankings – junior Luke Schniederjans (Powder Springs, Ga.) at No. 8, junior Tyler Strafaci (Davie, Fla.) at No. 24 and sophomore Noah Norton (Chico, Calif.) at No. 32. Those three combined for six individual top-10 finishes, led by Schniederjans with three. 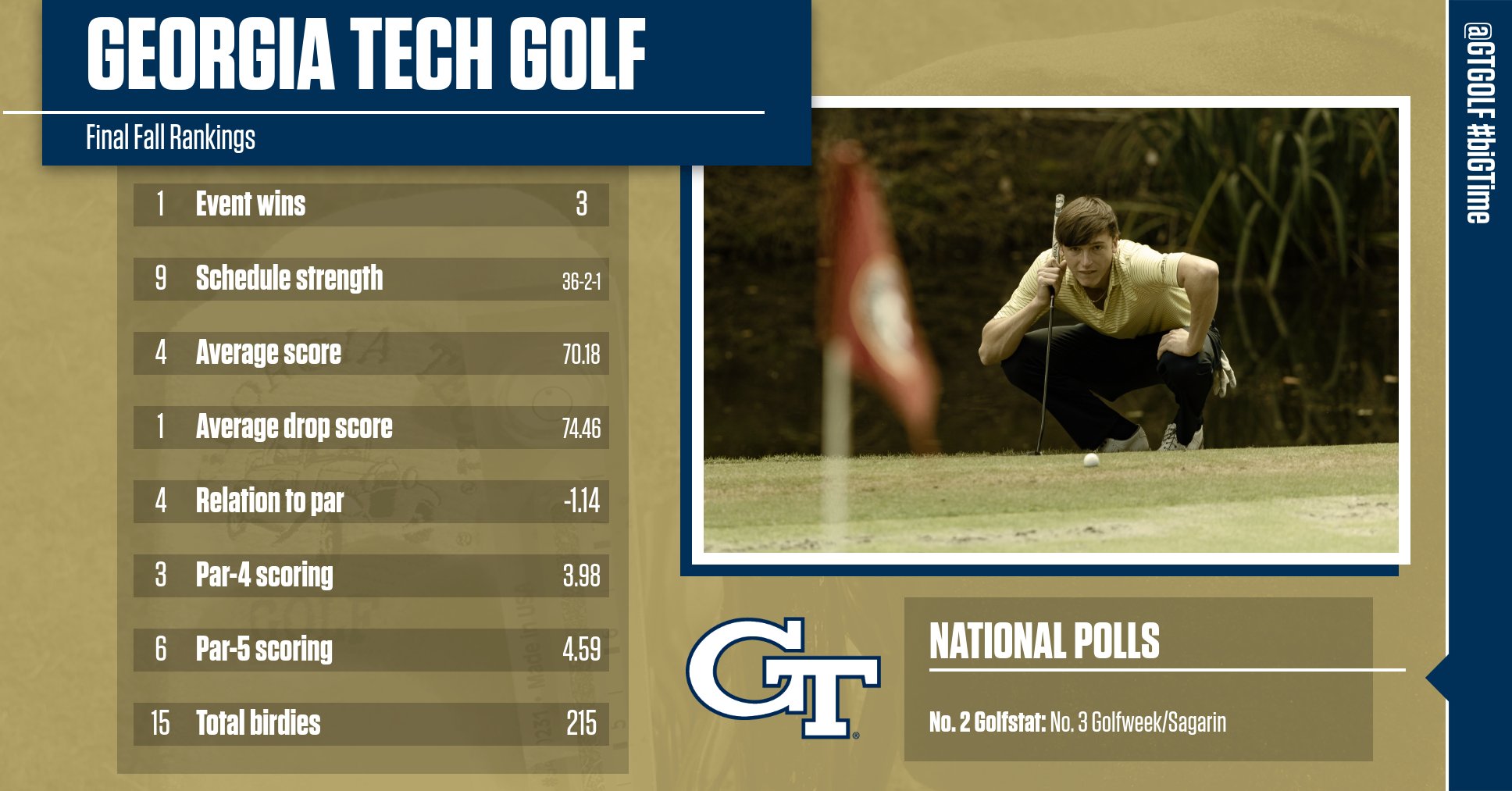