Watersound, Fla. – Connor Howe and Luka Karaulic each carded 1-under-par 71s Tuesday, leading Georgia Tech to their best round of the tournament and a 7th place finish at the Camp Creek Seminole Invitational in Watersound, Fla. Will Dickson and Ben Smith earned top-20 finishes individually.

TECH LINEUP – Tech posted its low round of the three days with only one double bogey or worse among its six players competing. As they did in Sunday’s opening round, the Yellow Jackets played holes 1 through 9 (Tech started on No. 10), much better than the back, with all six players under par. The four counters were 8-under-par collectively with only four bogeys after playing the back nine 8-over.

Karaulic, a sophomore from Dacula, Ga., matched his opening 71 with three birdies and one bogey on his card, while Howe, a junior from Ogden, Utah, birdied five holes to offset four bogeys. Dickson, a sophomore from Providence, R.I., and sophomore Andy Mao (Johns Creek, Ga.) each shot 73 to count toward the Jackets’ team score, while sophomore Bartley Forrester (Gainesville, Ga.) carded a 74.

Smith, a junior from Novi, Mich., who didn’t make the lineup in qualifying but competed as an individual, earned a top-20 finish (T20) with a 1-over-par total of 217. 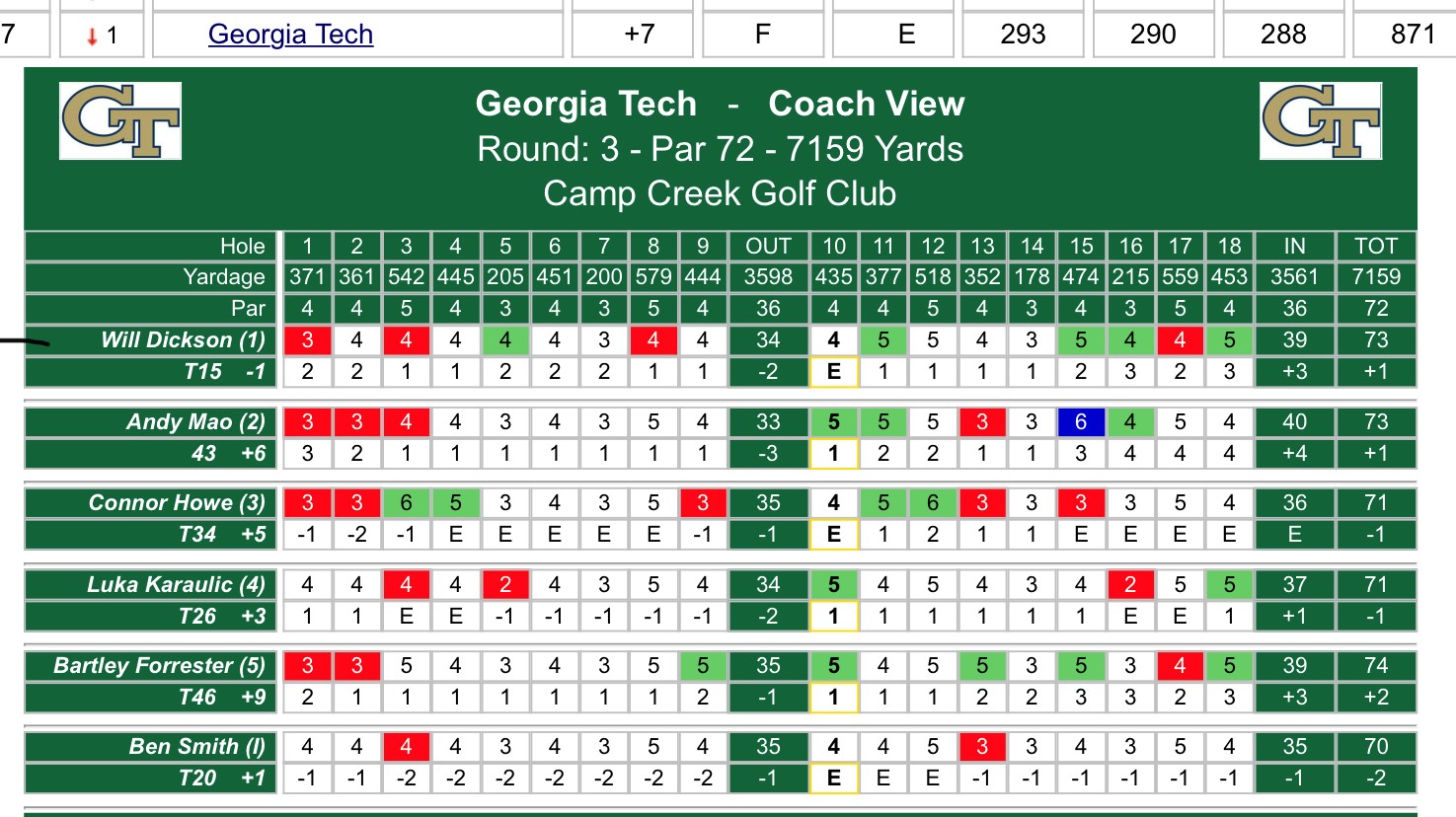 TEAM LEADERBOARD – Host Florida State roared back from fourth place after the opening day to tie No. 17 Wake Forest for first after 54 holes, when captured the team title on the second playoff hole, and placed all five starters among the top 10 individual finishers. The Seminoles shot rounds of 279-278 on Monday and Tuesday, a combined 19-under-par, and finished the tournament at 22-under-par 842. The Demon Deacons played steadily all weekend with rounds of 282-280-280 to tie the Seminoles before falling in the playoff.

INDIVIDUAL LEADERBOARD – Clemson’s Jacob Bridgeman opened the day with a six-shot lead and cruised to medalist honors after carding a 1-under-par 71 Tuesday. He finished the tournament at 15-under-par 201, five strokes ahead of North Carolina’s Peter Fountain, who shot 70 Tuesday and posted a 54-hole score of 206 (-10).

Nineteen of the 60 competitors in the field finished under par. 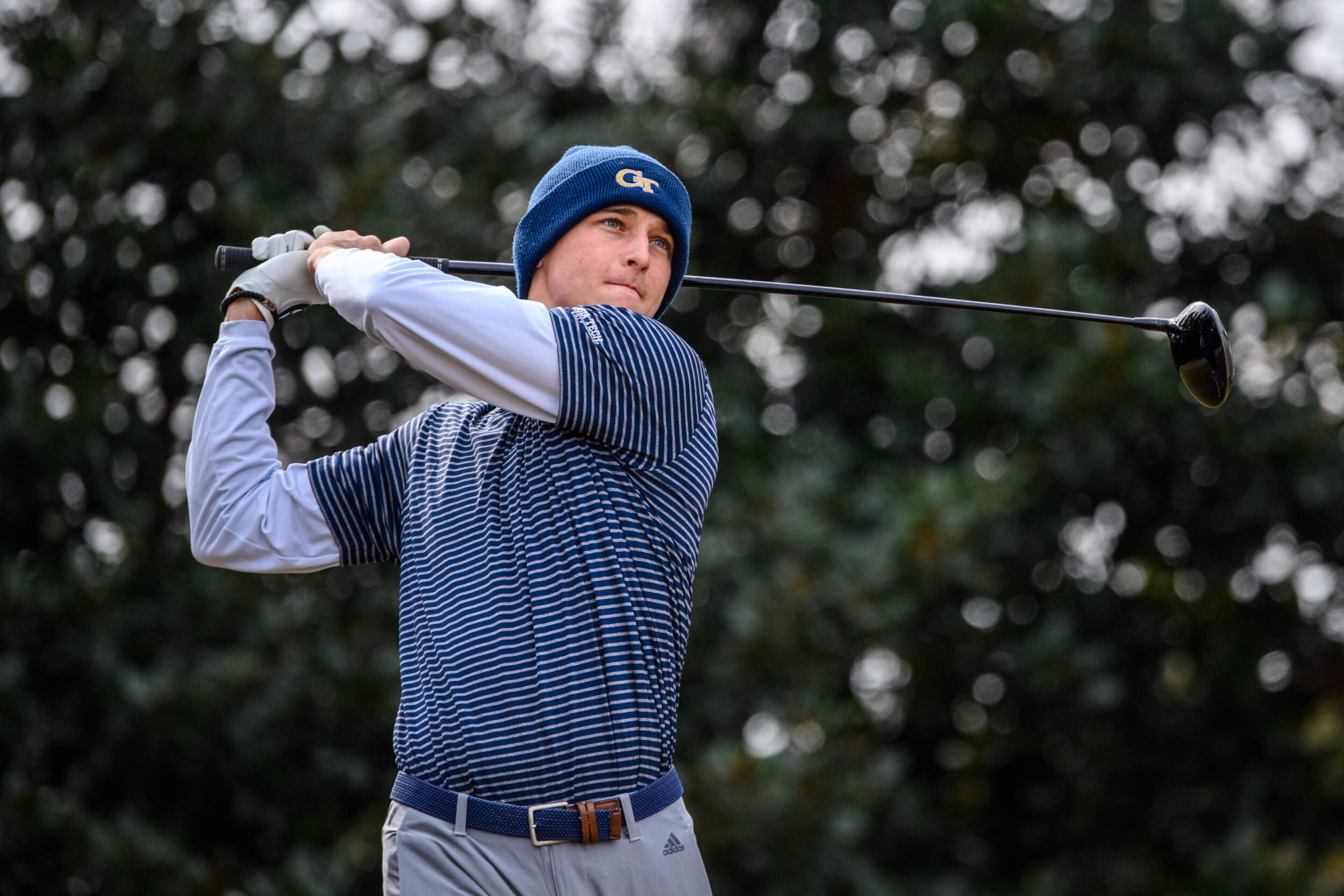 "We got a little better every day here against a pretty strong field. There are a lot of good teams in this league which a lot of experienced guys back. Clemson and Wake are really good, and we got a win over Louisville, who I think is a top-10 team. Our guys fought hard and played some good golf. We just need to keep working and keep playing, so overall a positive experience. We’ll come back and play a round tomorrow and determine who goes out to California this weekend."