Alpharetta, Ga. – Luke Schniederjans fired a 3-under-par 69 Friday to finish in a tie for second place individually, and third-ranked Georgia Tech closed its fall schedule with a third-place finish at the 13th annual Golf Club of Georgia Collegiate Invitational.

The Jackets, who set a tournament record with an 18-under-par round of 270 on Friday, was never able to approach that level over the final 36 holes, posting a 1-over-par 289 Saturday and a 2-under-par 286 Sunday to finish three shots behind No. 10 Southern California, who came from third place Sunday to capture the team title.

Tech finished behind the Trojans and No. 15 Clemson, its first head-to-head losses this fall. Head coach Bruce Heppler’s team came into the weekend 10-0 against top-25 teams, 25-0-1 overall.

TECH LINEUP – Schniederjans, who opened the tournament with a 66 on Friday and chipped in from a greenside bunker for eagle on 18 Saturday for a 71, opened Sunday’s round with a bogey but went 4-under-par from there in fashioning his 69. The Powder Springs, Ga., junior completed 54 holes at 10-under-par 206, one stroke off his career low, and posted his best finish in three tries at the Golf Club of Georgia.

For the third time in three stroke-play events this fall, Tech led the birdie parade with 67, four more than the Trojans, and finished the fall with 215 in nine stroke-play rounds. 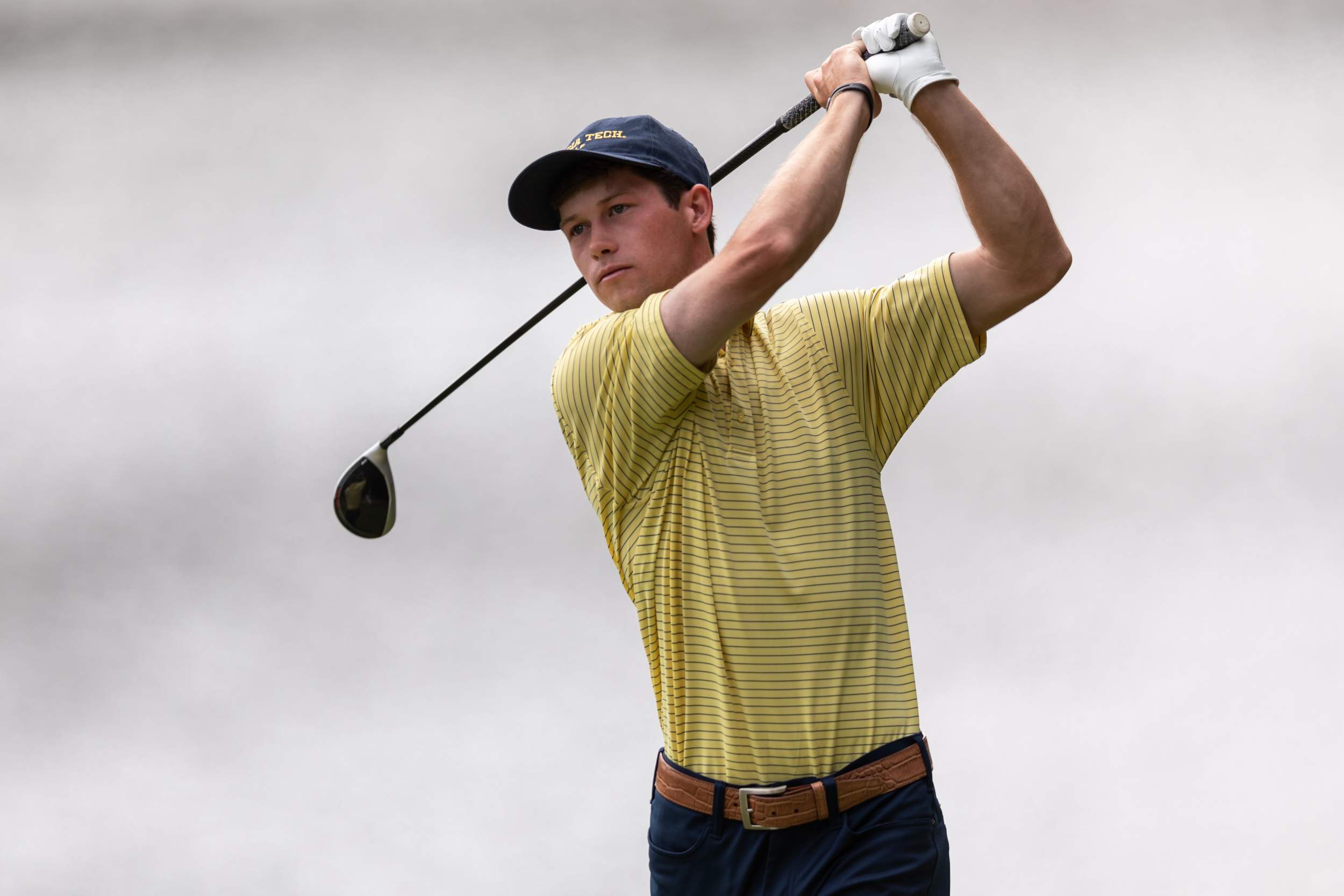 James Clark tied for 17th place at 2-under-par 214, his best career finish and score at the Golf Club of Georgia Collegiate.

TEAM LEADERBOARD – Led by medalist Justin Suh’s 68, Southern California posted a 4-under-par round of 284 Sunday and overtook Clemson and Wake Forest to win the team title, finishing with a 22-under-paer total of 842. The 15th-ranked Tigers shot 1-under-par in the final round and finished one stroke behind at 843 (-21), with the Yellow Jackets in third at 854 (-19).

INDIVIDUAL LEADERBOARD – USC senior Justin Suh, the No. 1-ranked amateur in the world, shot 67-67 to grab the 36-hole lead and finished with a 68 Sunday for a tournament total of 202 (-14) and a four-stroke victory over Tech’s Schniederjans and Clemson sophomore Turk Pettit, who each finished at 206 (-10).

COACH BRUCE HEPPLER SAID – “We just have to be more consistent every day, have two or three guys who never let it get away from them. Yesterday got away from us because we had two or three bad rounds. That’s the stuff that, for us to be elite, has to go away. I was very impressed with James today. He got punched in the mouth with a bad hole location on 4 and made a couple of double bogeys, but he worked his way back around, so he’s improved tremendously this fall. Among the four returning from last year, we need Noah to play better for us to be elite. One good round isn’t enough.”

TECH’S GOLF CLUB OF GEORGIA COLLEGIATE HISTORY – Georgia Tech has won the Golf Club of Georgia Collegiate twice in its history, in 2010 and 2012. James White, who set tournament records for 18-hole score (62) and 54-hole score (204, broken in 2014), won medalist honors in 2010, while Ollie Schniederjans won it in 2013 for Tech’s only individual titles. Clemson, Oklahoma State, Southern California and Texas also have won twice. The Tigers captured the inaugural title in 2006 and again in 2009, the Longhorns won in 2014 and shared the title with Virginia in 2016, and the Cowboys won in 2013 and again last fall.