THE FLATS — Gardner-Webb got off to a fast start and shot 60 percent in the opening half, and finished at 52.5 percent for the game as the Runnin’ Bulldogs outlasted Georgia Tech 79-69 on Monday night at McCamish Pavilion.

The Yellow Jackets (5-4) struggled early with Gardner-Webb’s presence in the paint as GWU won the post battle at a 48-36 advantage, getting a game-high 25 points from center DJ Laster, who hit 12 of 20 shots from the floor. The Runnin’ Bulldogs (8-5) also outscored Tech 20-8 off the the bench to help neutralize Tech’s fast-break advantage (19-9).

Gardner-Webb’s three-point shooters were relatively quiet compared to their season performance, but the Bulldogs still hit 6 of 15 tries. Jose Perez (12 points), David Efianayi (12) and Jaheam Cornwell (10) also finished in double digits for the Bulldogs and combined to hit 4 of 7 three-point attempts.

It was a career-high night for James Banks III, who led Georgia Tech as he finished with 22 points and 12 rebounds for his third double-double of the season. Right behind him was Jose Alvarado, who finished with 19 points, and Curtis Haywood II, who hit four first-half threes and finished with 12 points.

Georgia Tech turns around quickly, traveling to Fayetteville, Ark. to face the Arkansas Razorbacks on Wednesday night at 9 p.m. Eastern time. The game will be televised on the SEC Network. 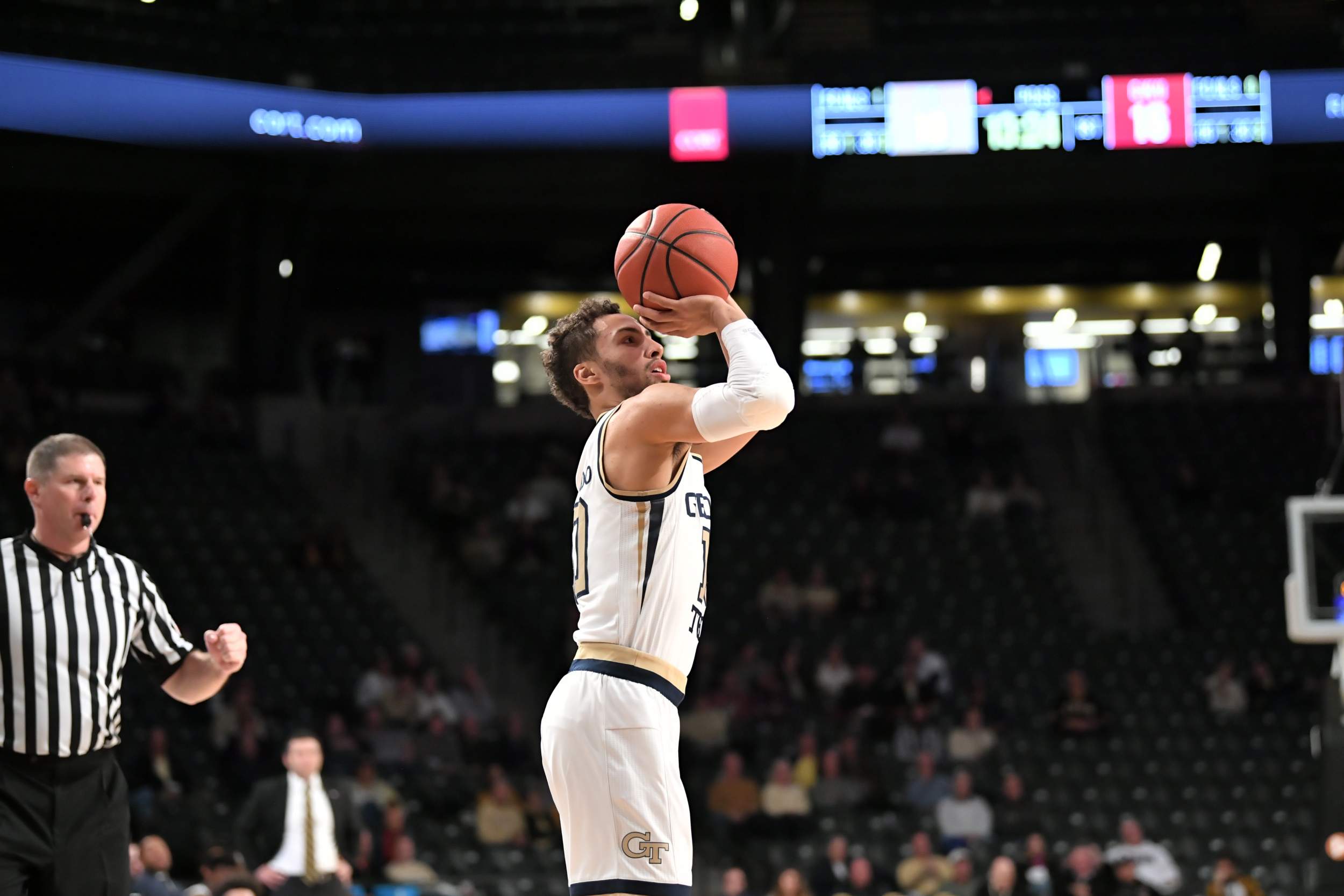 Sophomore Jose Alvarado went 8-for-16 from the floor to finish with 19 points for the game.