Rio Grande, Puerto Rico – Sophomore Noah Norton led the way with a 3-under-par 69 and is tied for first place individually, while No. 4 Georgia Tech paced the field Monday with a 6-under-par round of 282 and grabbed the 36-hole lead at the Puerto Rico Classic. The Yellow Jackets have a one-shot lead on NC State with the final round set for a 7:30 a.m. shotgun start Tuesday.

The top four teams on the leaderboard are separated by seven strokes, while the top 11 individuals are within one stroke of each other.

TECH LINEUP – Tech finished strong for the second straight day, making its entire move on par over the back nine with eight birdies and an eagle against four bogeys coming in. Norton (Chico, Calif.), who sat at 1-over-par through 14 holes, had an eagle and two birdies over his final four holes to post his team’s best low round and move into a tie for first place individually.

Juniors Tyler Strafaci and Andy Ogletree each shot 2-under-par 70 for the second straight day and are tied for fifth place individually. Strafaci (Chico, Calif.) birdied five holes to offset a pair of bogeys, while Ogletree (Little Rick, Miss.) had an eagle and a birdie against just one bogey on his card. 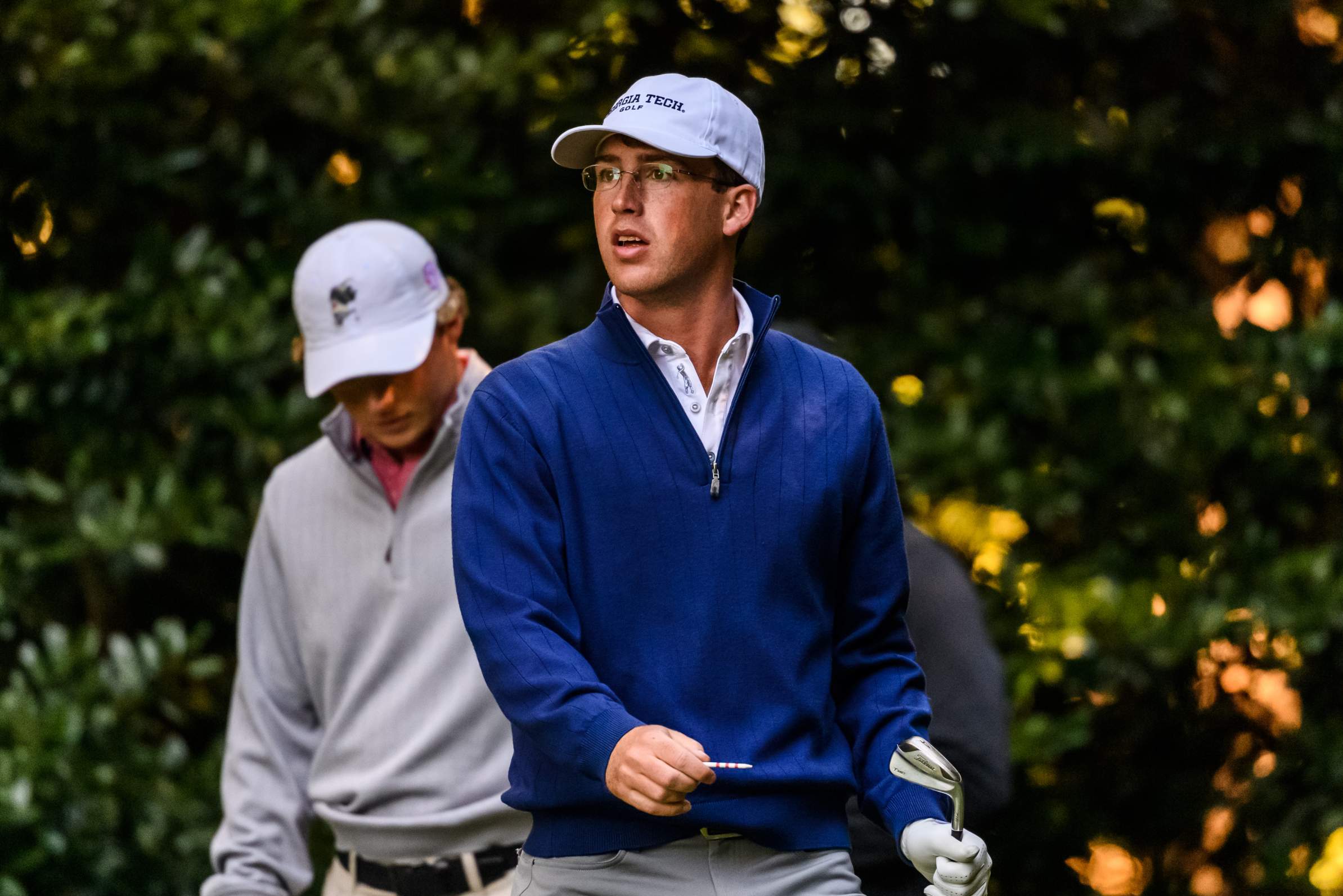 One stroke off the lead of teammate Noah Norton, Andy Ogletree is in position for his best finish of the year.

INDIVIDUAL LEADERBOARD – Tech’s Noah Norton is in a four-way tie at 139 (-5), sharing the lead with NC State’s Benjamin Shipp and Maryland’s Tim Colanta, who each shot 68 Monday, and Purdue’s Cole Bradley, who shot 69.

The Yellow Jackets’ Ogletree and Strafaci are part of a group of seven players tied for fifth place at 4-under-par 140.

Twenty of the 75 players in the field are under par through 36 holes.

COACH BRUCE HEPPLER SAYS – “I always say if you’re going to contend for the team title, you need to have an individual or two contending, and fortunately for us, Noah, Andy and Ty are all playing well and contending. Noah was struggling and had a really strong finish, which we needed. The scores are higher here this year because the wind has been up from the start, and our guys are handling it fairly well..”

TOURNAMENT INFORMATION – Georgia Tech is making its 27th appearance in the Puerto Rico Classic, typically the second event on the Yellow Jackets’ spring schedule after its opening trip to Hawai’i, having participated in every renewal of this tournament. The 54-hole event concludes Tuesday with a shotgun start at 7:30 a.m., and is being played at the Rio Mar Beach and Resort’s River Course (6,902 yards, par 72).