Fayetteville, Ark. – Luke Schniederjans fired a 5-under-par 67 to lead Georgia Tech in round 2, and the 7th-ranked Yellow Jackets improved 14 strokes and four positions Saturday with a 5-over-par 293 to settle into a tie for 13th place after 36 holes at the NCAA Men’s Division I Golf Championship.

Beginning round 2 in the morning and at the first tee proved beneficial for the Yellow Jackets, whose 293 was the sixth-best score among the 15 teams in the morning wave of the field, and was good enough to get into the top 15, which has the morning tee times in Sunday’s third round. Tech’s 24-over-par total of 600 is 34 strokes behind No. 1 seed Oklahoma State. The top-ranked Cowboys opened a 12-stroke lead on the field Saturday with a 10-under-par round of 276.

Tech is tied for the 13th position with No. 14 Georgia, who fell four spots Saturday after posting a 12-over-par round of 300. SMU, with a round of 293 (+5), jumped four positions to grab 15th place. Those three teams will be paired together for Sunday’s third round, beginning at 9:40 p.m. Eastern time from the first tee.

The NCAA Championship field includes 30 teams, with Oklahoma State competing at the top seed. The field will be cut to 15 teams after Sunday’s round for the final round of stroke play Monday. After Monday’s round, the individual champion will be crowned, and the top eight teams will advance to the match play bracket, which will determine the team champion. Quarterfinal and semifinal matches take place Tuesday, May 28, followed by the championship match Wednesday, May 29.

TECH LINEUP – Schniederjans’ 67 has been beaten by only one golfer through the first 36 holes of the championship, Oklahoma State’s Matthew Wolff, whose 66 Saturday tied the course record. The junior produced seven birdies Saturday, one more than the entire Tech team recorded in the opening round Friday. He played the first seven holes even, with two birdies and two bogeys, then went 5-under-par the rest of the way and sits in a tie for 23rd place individually at 146 (+2).

Tyler Strafaci, who led the Jackets Friday with a 75, improved five shots Saturday with a 2-under-par 70, getting out of the gate with three consecutive birdies. The junior from Davie, Fla., had three of the Jackets’ six birdies Friday, and had four more Saturday and is tied for 15th place at 145 (+1).

Tech tripled its Friday birdie total, recording 18 in round 2.

TEAM LEADERBOARD – Top-ranked Oklahoma State opened a 12-stroke lead over No. 10 Stanford Saturday, getting a course-record-tying 66 from Matthew Wolff and a 69 from first-round leader Austin Eckroat. The Cowboys posted a 12-under-par score of 276 and finished 36 holes at 10-under-par 566, the only team in the field under par. 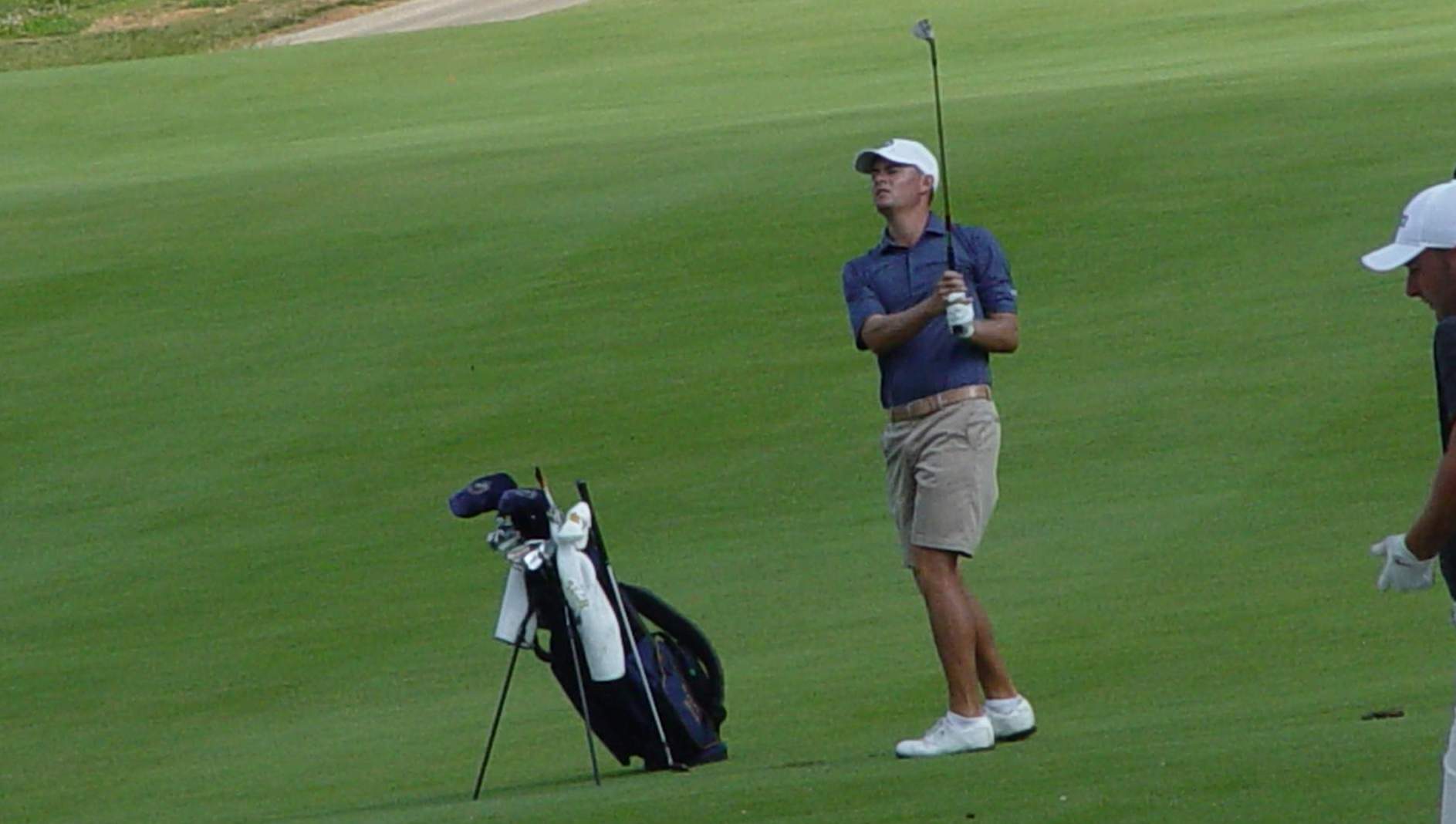 Tyler Strafaci began his round with three straight birdies and shot 70 (-2).

INDIVIDUAL LEADERBOARD – Oklahoma State’s Austin Eckroat duplicated his opening 69 and sits at 138 (-6), one stroke ahead of teammate Matthew Wolff, who tied the Blessings Golf Club scoring record Saturday with a 66, and California’s Collin Morikawa, who followed his opening 67 with a 72. Both players have a 36-hole total of 139 (-5).

HEAD COACH BRUCE HEPPLER SAYS – “It’s really important to get into the top 15 teams after 36 holes in order to get a morning tee time Sunday. We had two really good rounds today, a five (under par) and a two. We just didn’t get a third or a fourth score. It was one of the better scores this morning, and we just need to see how these other teams play this afternoon.”

LUKE SCHNIEDERJANS SAYS – “I made a couple of long putts on the front nine that got me going. Honestly, even though I beat [Friday round] by 12, it wasn’t that much different. Today was pretty much the same game plan. I had a couple of momentum things go my way, I made a couple of key par saves, and wound up having a really solid day.” 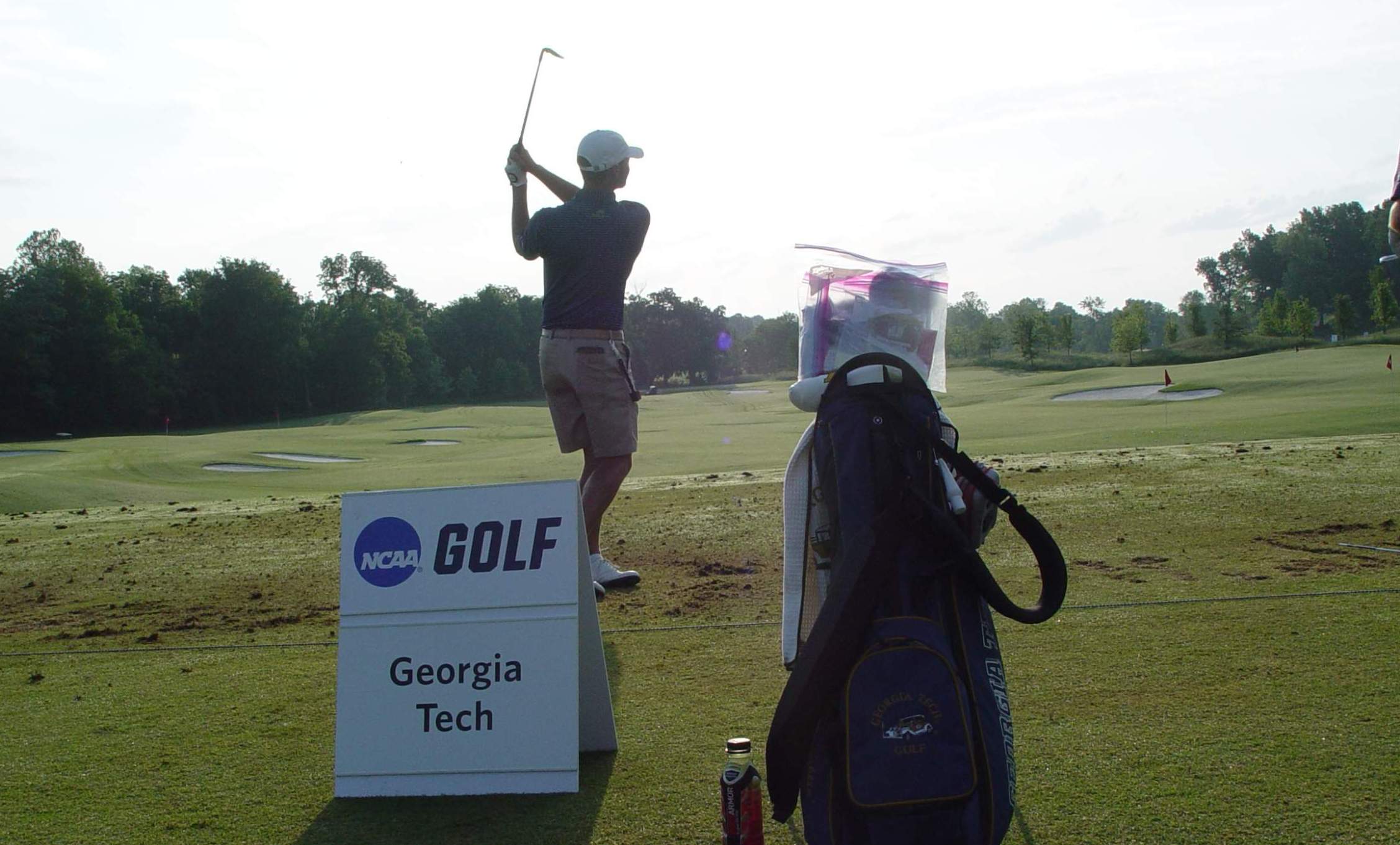 TECH’S NCAA CHAMPIONSHIP HISTORY – Georgia Tech has reached the NCAA Championship finals for the 29th time since 1985 (30th time in program history), which is tied for fifth most in that time period behind Oklahoma State (34), Arizona State (32), Florida (31) and Texas (31). Tech has posted nine top-8 finishes in the last 14 tries. 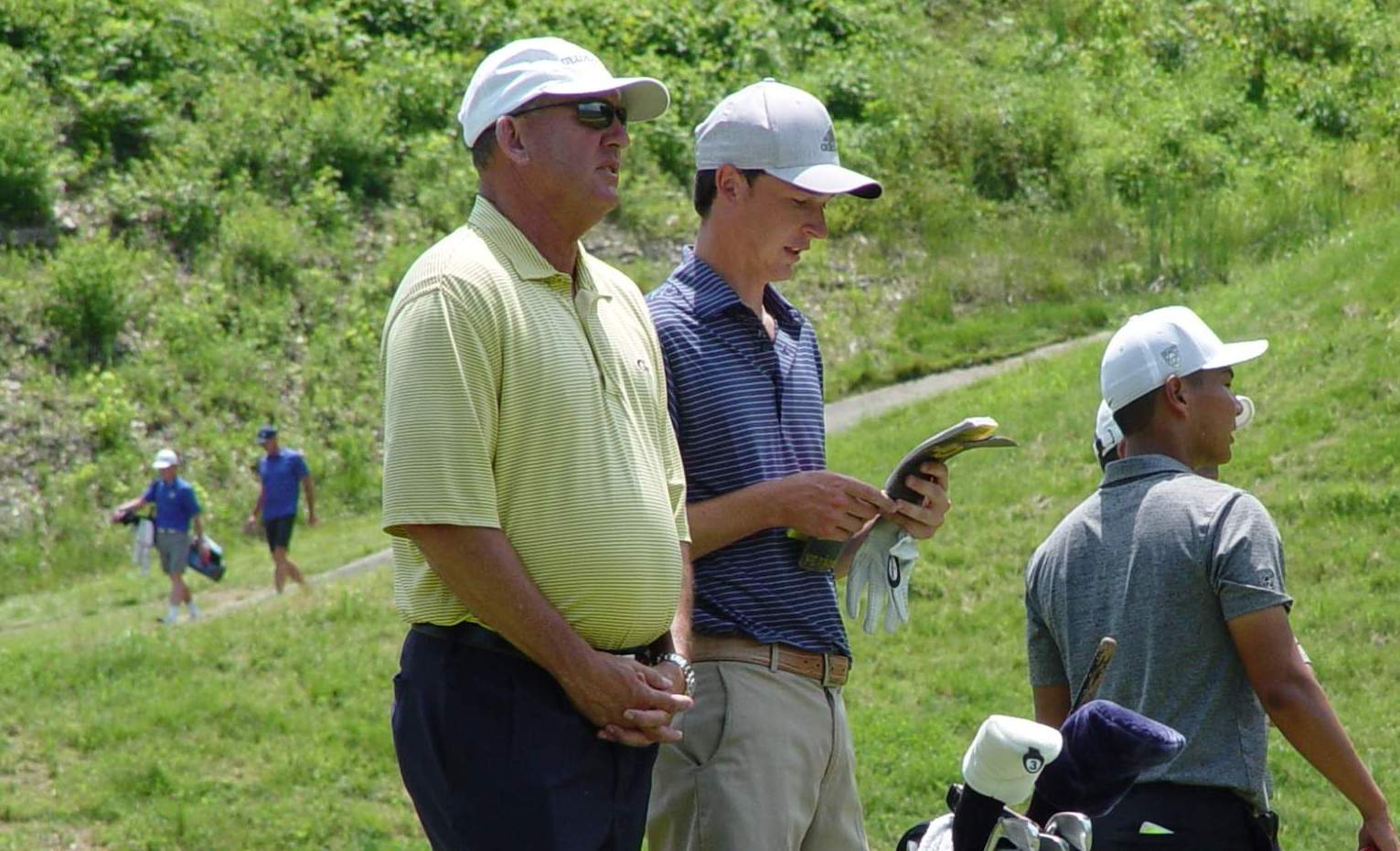