Bratton and Kramer are both ranked among the nation’s top 100 players overall and in the top 50 of the 2020 class. Lamprecht, who hasn’t played enough events in the United States to be ranked, is No. 140 in the Scratch Players World Amateur Ranking and No. 218 in the World Amateur Golf Ranking. The Yellow Jackets will lose three seniors, all of whom have earned All-America honors, from their current team, which has won three times this year and is ranked No. 3 in the nation.

"There will be an opportunity for all three of them to play, along with the guys we’ve got in the program,” said Heppler. “We knew there would be big shoes to fill with this class. This may be as good a class academically as we’ve ever had. They’ve played some good golf, and we looked for guys who want to be at Georgia Tech and want the challenges and the opportunities that we offer. They have a chance to play right away with the track records that they have." 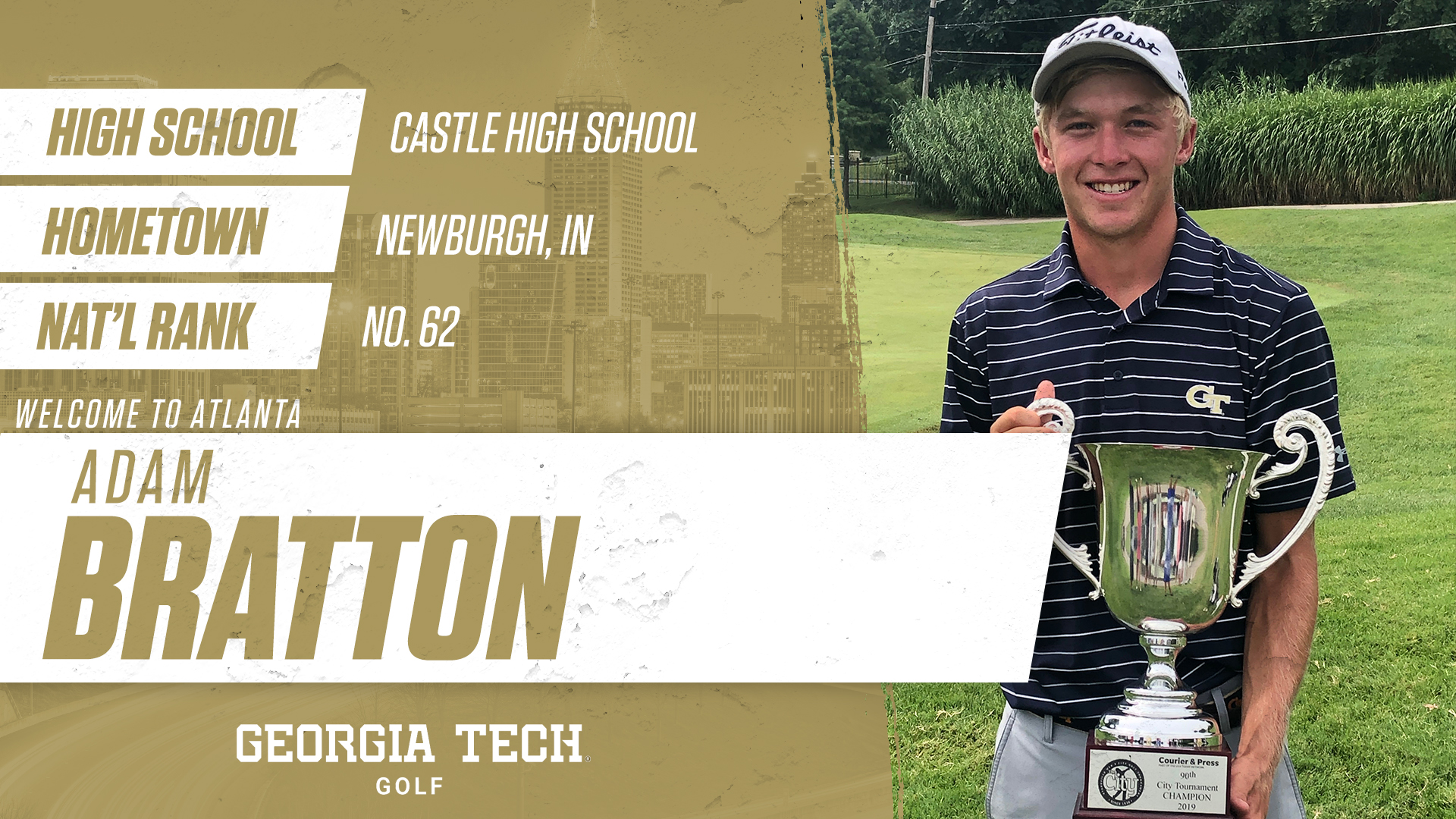 Bratton, the top junior in the state of Indiana, is ranked as high as No. 62 overall by the American Junior Golf Association and the Junior Golf Scoreboard, and is No. 31 in the 2020 class. He has posted eight top-10 finishes in his junior career, including three top-5s in 2019 alone. He led his Castle High School team to three consecutive state tournament appearances, made the Indiana all-state team in 2018 and 2019, and won the 2019 Evansville men’s city championship. Bratton, who has a perfect 4.0 grade-point average at Castle and is currently ranked No. 1 in his class of 458 students, will graduate early and enroll at Tech in January.

"Adam’s dad was a really good college player, so hopefully there’s a good gene pool there,” said Heppler. “Academics is really high on his list, and he has a chance to be valedictorian of his high school class. He’s going to graduate in December and come join us in January. He’ll get the chance to hang around with three of the best players we’ve had and use our facilities all through the spring. He’s a very athletic player, and he loves to play golf. On his visit here, he wanted to spend his time practicing at the range and spend time with our guys. He likes to just throw golf balls down in the dirt and figure it out." 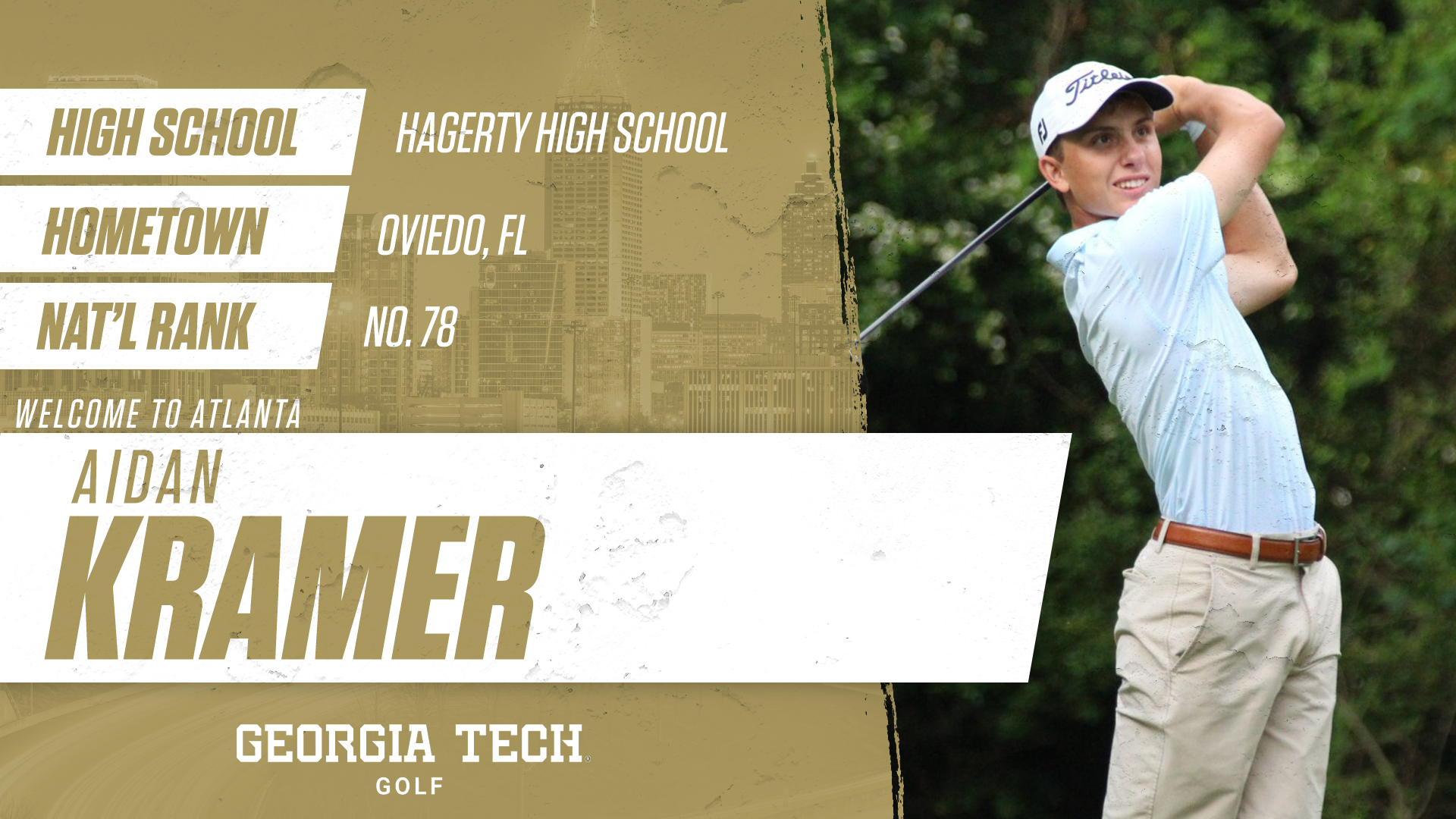 Kramer, No. 15 in strong class in the state of Florida, is ranked No. 78 overall and 25th in the class of 2020 in the Golfweek/Sagarin boys ratings. He has posted three top-5 finishes, a fourth in the top-10, and six top-20 finishes overall in 14 junior events in 2019, including a fourth-place finish at the AJGA Callaway Ollie Schniederjans Invitational and a fifth-place finish at the AJGA Rome Junior Invitational. Kramer also finished 32nd the Junior Boys PGA Championship and 29th at the AJGA Wyndham Invitational, considered major national events. Kramer earned all-conference honors all four years at Hagerty High School, and as a junior won the Seminole Athletic Conference Championship and the region title before finishing second in the class 3A state championship.

No rest for Aidan Kramer, a scholar, golfer and philanthropist – Golfweek, November 13, 2019

"Aidan had looked at a bunch of places, and was searching for very high academics, and based on his profile, he’ll be one of the best students we’ve ever signed,” said Heppler. “He’s committed to that, and he’d rather putt in the dark than worry about going out. He worked a lot on his strength last summer, and once that strength came along, with his very good fundamentals, he took off. He played in almost every junior tournament last year and was very competitive. He’s sound fundamentally and really excited about being here." 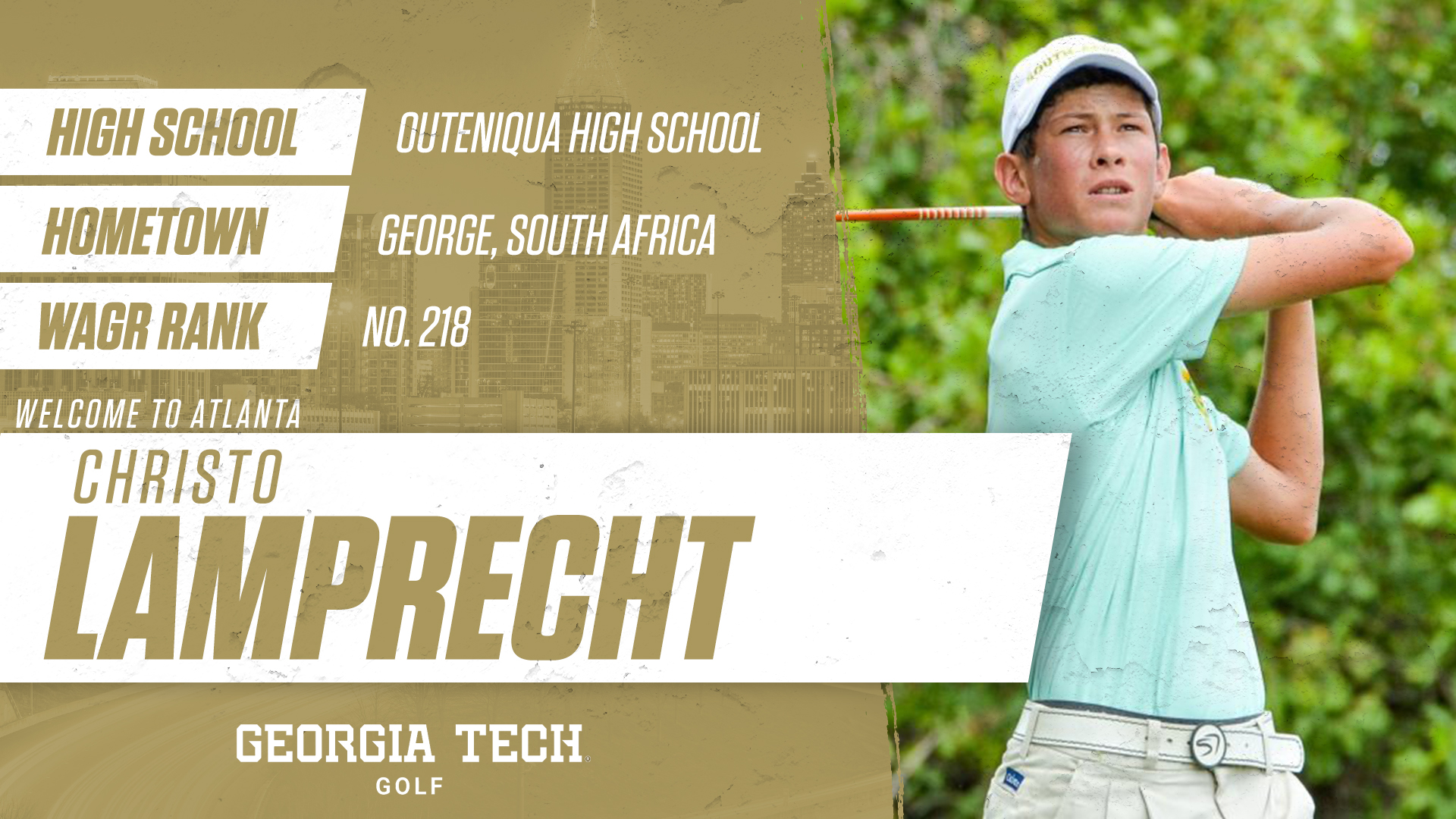 Lamprecht has forged a strong resume internationally, ranking as high as No. 139 in the World Amateur Golf Ranking. In 2019, he was the runner-up at the Southern Cape Amateur Open and tied for 19th at the South Africa Stroke Play Championship. He won the South African Match Play Championship in 2017 and reached the round of 16 in 2018. Also in 2018, he tied for eighth at the St. Andrews Links Trophy, became the first-ever international champion of the East of Ireland Amateur, and tied for 11th place at the Junior Players Championship in Jacksonville, Fla. He competed for South Africa in the Junior Presidents Cup in 2017 and is on his country’s team for this year’s Junior Presidents Cup in Australia.

"I served a mission in South Africa a long time ago and went there to recruit a player to UNLV who won the NCAA Championship in 1991,” said Heppler. “We’d like to hope for the same thing with Christo. His dad is a CPA, and he’d like his son to go somewhere we he can have a good four-year experience and graduate. He’s a bigger kid, had already won the south African Amateur. He’s powerful with a really good touch around the greens. He finished in the top 5 of the Junior PGA in Jacksonville, where I saw him play. He’ll have played in two Junior Presidents Cups before he even gets here."