Waikoloa, Hawai’i  – Tyler Strafaci went low for an 8-under-par 64 Thursday and paced third-ranked Georgia Tech to a 14-under-par 274 and a share of the lead after the opening round of the Amer Ari Invitational at the Waikoloa Resort.

TECH LINEUP – Strafaci, a senior from Davie, Fla., racked up nine birdies in fashioning his career-low score Saturday on the 7,074-yard King Course. After an opening par at the par-4 15th in the shotgun start, he reeled off three in a row before making bogey at the par-4 17th. After a par at 18, Strafaci birdied five of the next seven holes (1 through 7) and got another at the par-4 10th before finishing with two pars. It was the best round posted by any Tech player this year.

Sophomore Connor Howe (Ogden, Utah) shot a 3-over-par 75 and did not count Thursday, and redshirt freshman Bartley Forrester (Gainesville, Ga.) posted a 74 competing as an individual. 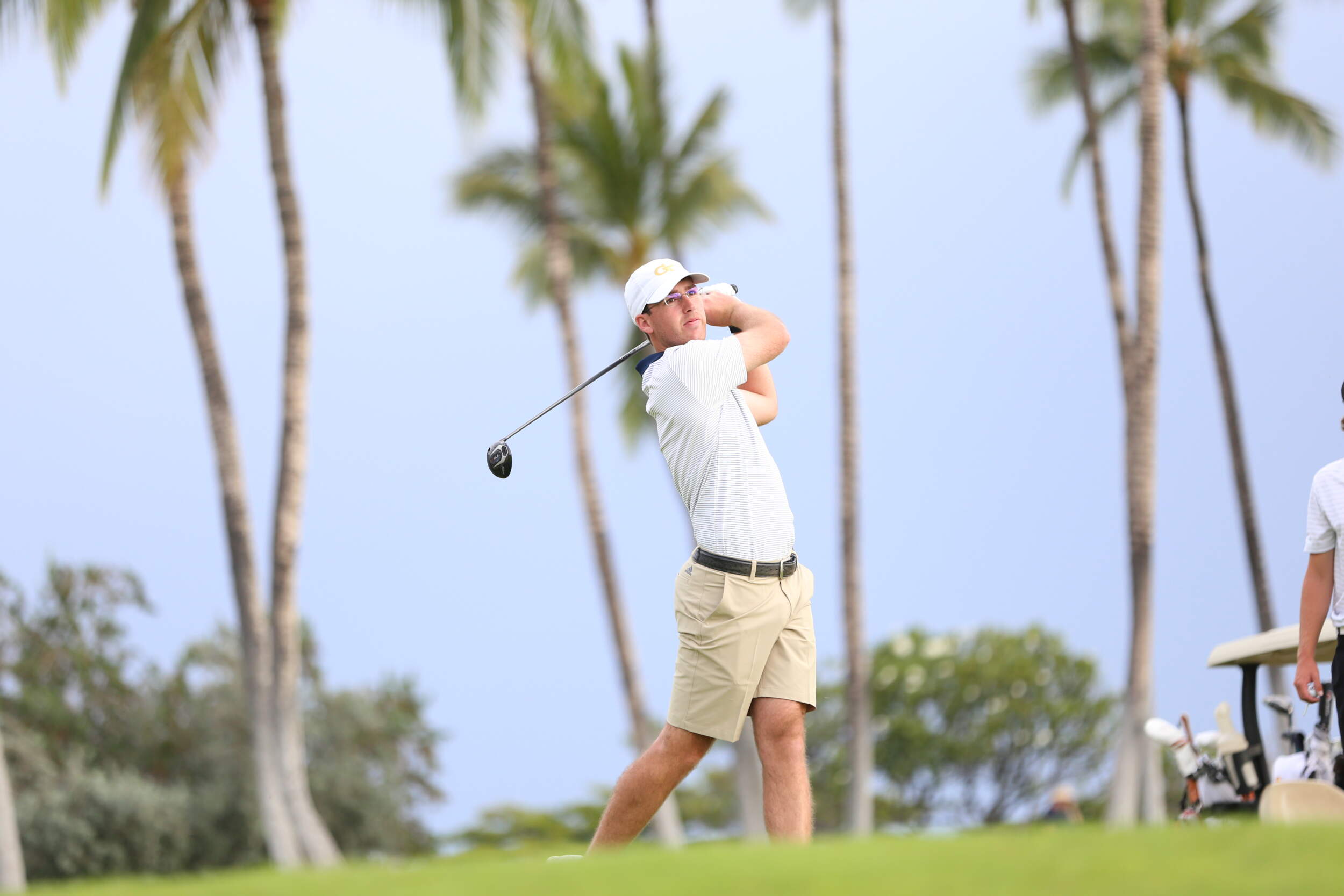 U.S. Amateur champion Andy Ogletree got his spring off to a good start by carding a 4-under-par 64 Thursday.

TEAM LEADERBOARD – Georgia Tech’s three subpar round enabled it to post a 14-under-par score of 274 Thursday and gain a share of the lead with 19th-ranked Texas, for whom Cole Hammer (-7), Travis Vick (-6) and Christoffer Bring (-1) all broke par.

INDIVIDUAL LEADERBOARD – Strafaci, bidding to win his first tournament since his freshman year, has a one-stroke lead over Cole Hammer of Texas and Aman Gupta of Oklahoma, who each shot 7-under-par 65 Thursday.

Sahith Theegala of Pepperdine, Travis Vick of Texas and Ludvig Aberg of Texas Tech shot 6-under-par 66 and are tied for fourth place, while Arizona State teammates Blake Wagoner and Ryggs Johnston are tied for seventh at 5-under-par 67.

Ogletree is in a six-way tie for ninth after firing a 4-under-par 68.

"It’s great to be in the tournament after the first round, we’ve started so slowly here the last few years. Ty went back to a conventional putting grip and putted the lights out of it. We have three really good rounds, so it was a really good start for us. The wind blew about 20 miles an hour over the last hour and a half, and we played very well at the end of the round."

TOURNAMENT INFORMATION – Georgia Tech is making its 22nd appearance in the Amer Ari Invitational, which has been the traditional spring opener for the Yellow Jackets every year since 1999, with one exception. The 29th annual event, which runs Thursday through Saturday, is a 54-hole, 5-count-4 stroke-play tournament played at the 7,074-yard, par 72 Kings Course at the Waikoloa Beach Resort on the Kona Coast of Hawai’i.