Charlie Yates, a link to Atlanta’s vast golf history who later shepherded the city’s arts community into the future, was once heralded by Life magazine as owning “the best grin in golf.”

He didn’t mind using it either, whether to woo the English crowds while he was winning the 1938 British Amateur championship or while heading the effort to raise the $20 million that built the High Museum. A participant in the city’s history for much of the 20th century, it is not inappropriate he be remembered first for that smile and a benevolent demeanor that underscored his life.

Mentored by Bobby Jones – he in fact played with Jones in his final round in 1948 at East Lake Golf Club – Yates was national college champion while at Georgia Tech (1934), a two-time Walker Cup competitor (1936 and 1938) and was captain of the U.S. Walker team in 1953.

He seized the international limelight at the 1938 British Amateur at Royal Troon. Beating two U.S. and British Amateur champions along his eight-match campaign, he struck a tone with the British galleries who were not then so easily charmed by foreigners taking away their titles. Afterward, the legendary British golf author Bernard Darwin wrote, “There has been no invading Champion more popular than Charlie Yates, whose cheerfulness and humor, of his own particular brand, made everybody like him.”

Yates played 11 times in the Masters, including the inaugural tournament in 1934.

“There wasn’t any strict rule about who was eligible to play in the Masters then,” he once told The Augusta Chronicle. “Bob invited some of his friends, such as myself.”

He tied for 21st that year and twice was low amateur, but his most memorable Masters came in 1935. Yates was playing in the group ahead when Gene Sarazen made double eagle on the par-5 15th to force a playoff he won the next day. That shot put the Masters on the map. 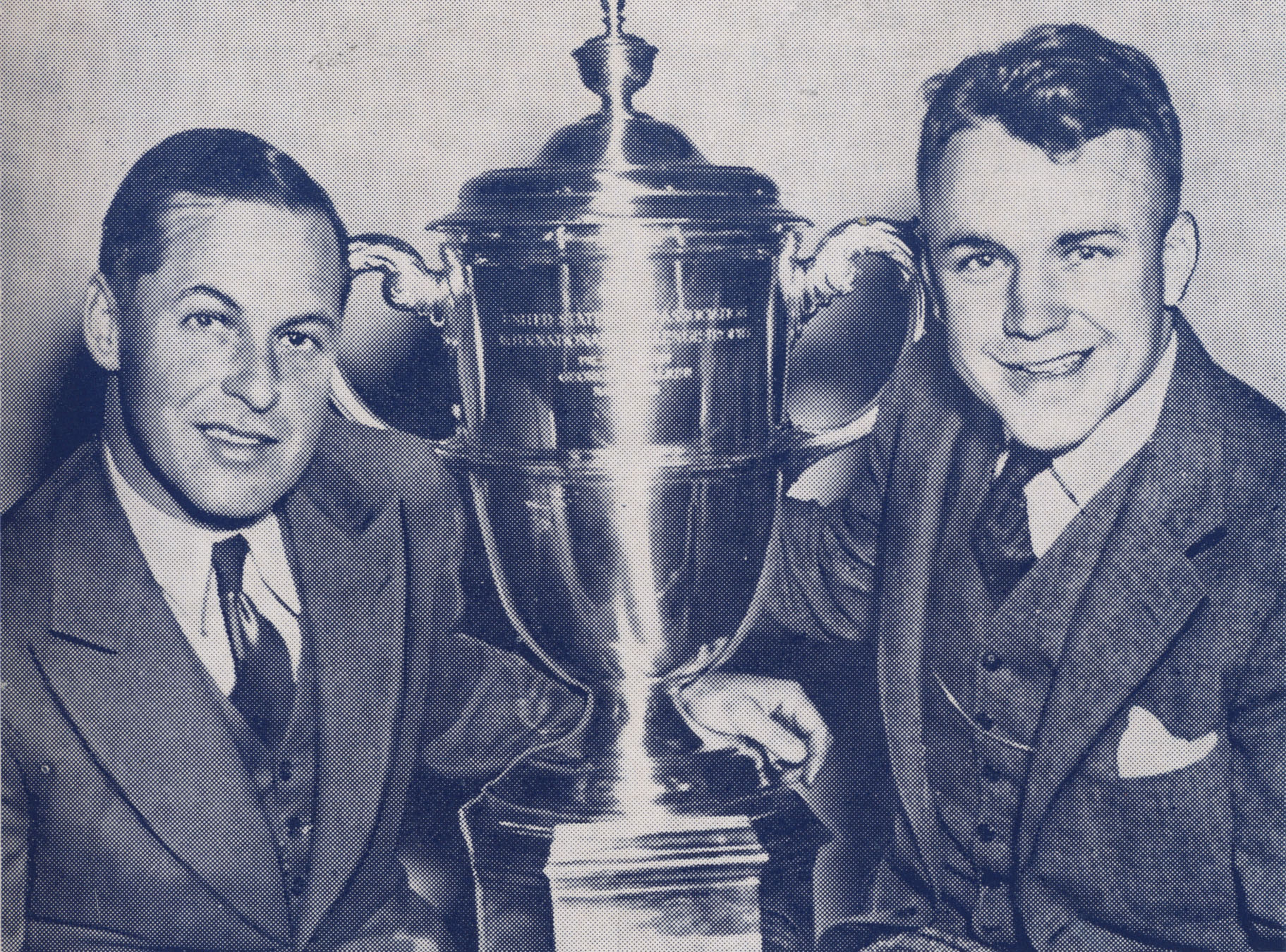 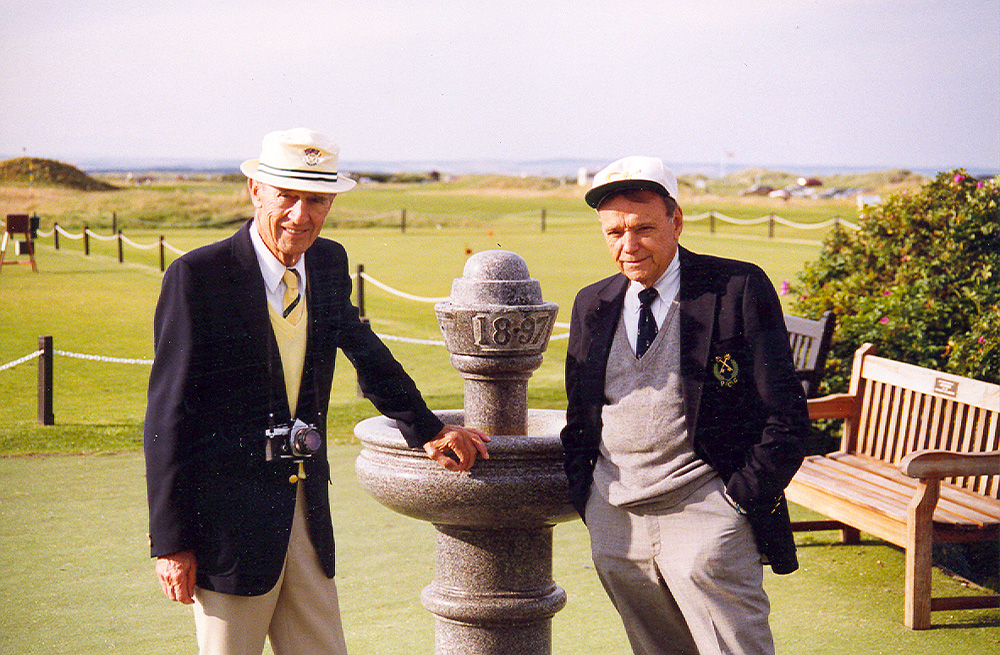 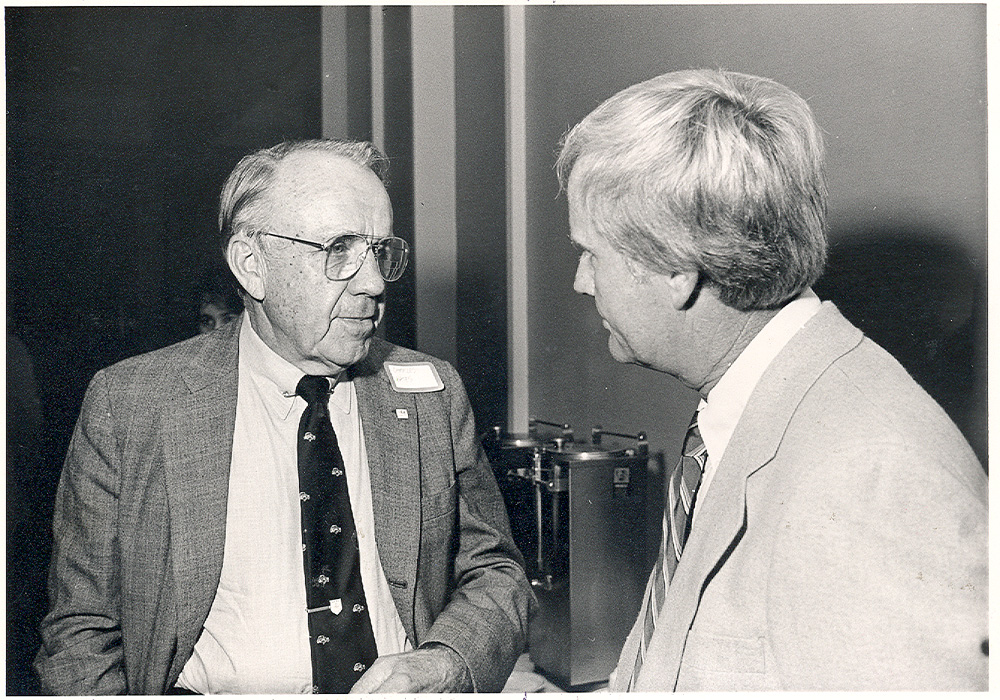 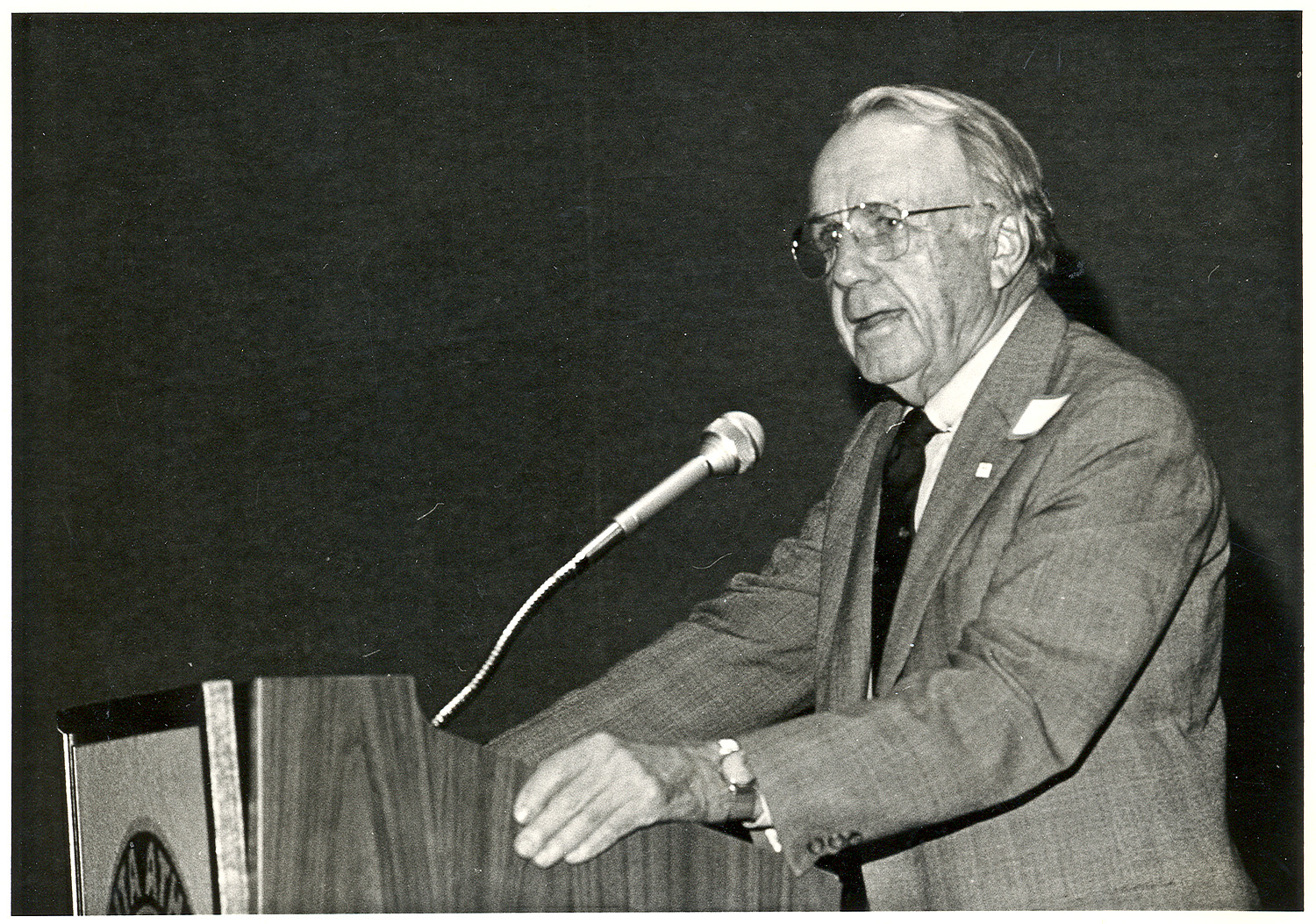 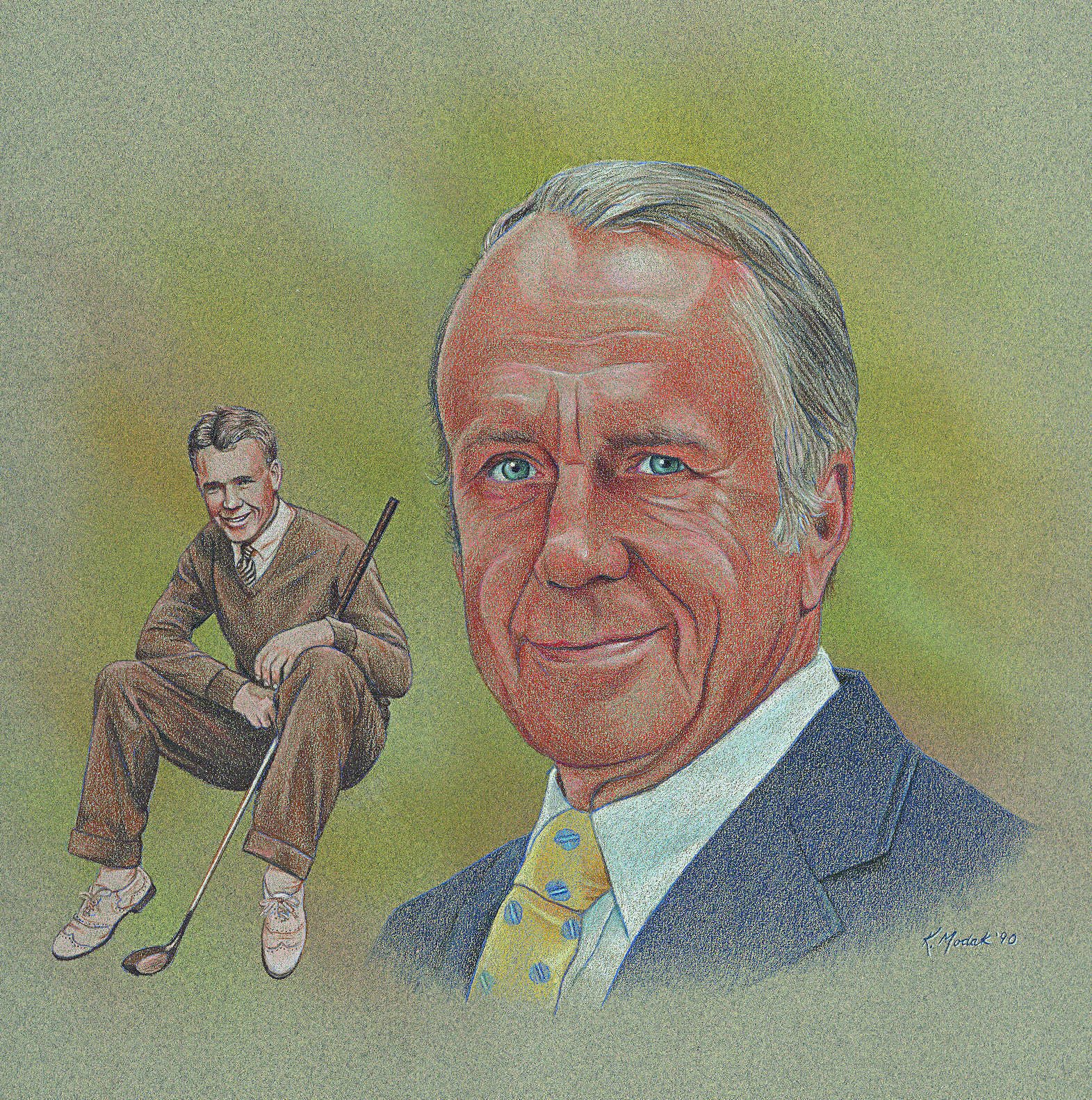 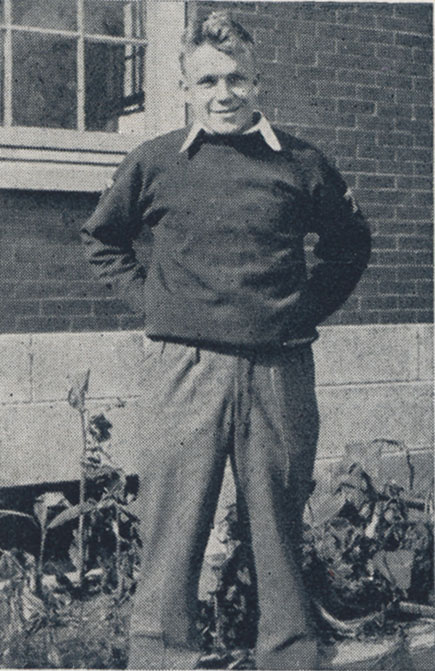 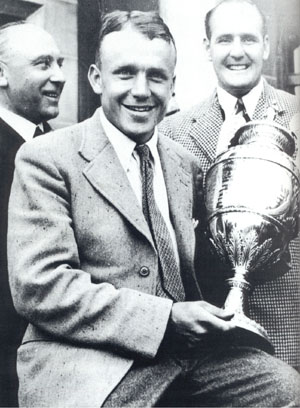 Yates’ amateur career, except for playing the Masters, ended with World War II when he was drafted into the Army. He transferred to the Navy and spent 30 months as a lieutenant on the destroyer USS Mayo, which was struck by enemy fire during the invasion of Italy.

For nearly 50 years, he served on the Masters’ Press Committee, a constant presence in the media quarters and, to many who returned to Augusta National year after year, a Masters tradition in himself.

“I am deeply saddened by the passing of Charlie Yates,” Augusta National chairman Hootie Johnson said. “Charlie was an outstanding amateur golfer and a member who was linked to Bobby Jones and the club’s history, attending every Masters through 2003. He will be greatly missed.”

But it was in 1973 that Yates began some of his most lasting work. He accepted Mayor Ivan Allen’s suggestion to retire at age 60 and head up the Atlanta Arts Alliance (which later became the Woodruff Arts Center).

Yates had already served as president of the Atlanta Symphony Orchestra (1962-65) and helped recruit Robert Shaw to be its conductor.

“When you look at who had a heavy influence on the thinking of people like the late Ivan Allen, or Robert W. Woodruff, Charlie was an effective leader in getting those people to see how Atlanta’s strategy should include the development of world class arts and organizations,” said Beauchamp Carr, executive vice president of the Woodruff Arts Center.

Originally drawn to the arts when his wife Dorothy recruited him for nights at the symphony, Yates ushered the city into a new age. Besides overseeing the effort to build the High, he helped raise the $5.4 million for the center’s endowment. In his 10 years as president (1973-83) of what became the Woodruff Arts Center, the overall budget rocketed from $3.8 million to $16.3 million.

“I don’t think of it as reaching into their pockets,” he once said of his fund-raising ethic. “I think of it as their doing something for their own benefit.”

The smile didn’t hurt much either.

This story was written by Thomas M. Stinson and published in the Oct. 18, 2005 edition of the Atlanta Journal-Constitution. Additional information from an Associated Press story was added to this account.