George Walter Henry, Jr., began his athletic career as a football player, first in his hometown of Valdosta, Georgia, and then at Georgia Tech, in Atlanta, where he earned three Yellow Jackets letters, starting in 1964. On the football field, everybody knew Henry as “Bunky,” a childhood nickname bestowed on him by his grandmother.

He was also “Bunky” on the golf course, and it turned out that’s where he would make a name for himself first as a college golfer and noted amateur and then as a professional, capturing one PGA TOUR title along the way.

The two-sport athlete died August 17, 2018 from complications during heart surgery. He was 74.

Born February 8, 1944 in Valdosta, Henry made 73 of 75 extra-point attempts during his Georgia Tech career, including 50 consecutively, which, at the time, was an NCAA record. He led the Yellow Jackets in scoring in 1965, with 27 PATs and five field goals.

Once comparing his play on the field vs. what he faced on the fairway, Henry said, “On a golf course, the pressure lasts four hours. It’s only 10 seconds for someone kicking a football.”

Henry apparently enjoyed pressure, having qualified for the 1965 Western Open as an amateur and receiving an invite to the 1966 Masters Tournament. Henry won the 1965 Canadian Amateur, the 1966 and 1967 Peach Blossoms in Macon, Georgia, as well as the Southern Amateur (1962) and Georgia Amateur (1964). (He qualified for two NCAA championships and was the runner-up to Hale Irwin in 1967.)

After graduating from Georgia Tech in 1967, with first-team All-American golf honors and a degree in industrial management in hand, Henry put all his emphasis on golf, adding appearances in the 1966 and 1967 U.S. Opens to his amateur resume. He made his TOUR debut as a professional in Lafayette, Louisiana, at the 1967 Cajun Classic, tying for 47th. That was one of the 118 made cuts he enjoyed during his career. Eighteen months after that entrance to the professional ranks, Henry was a TOUR winner, capturing his lone title in Miami, the 1969 National Airlines Open.

That week at the Country Club of Miami, Henry shot rounds of 69-73-66-70 — his 73 coming on the same day former U.S. President and noted golfer Dwight D. Eisenhower died in Washington, D.C. — to defeat Bruce Crampton, Dan Sikes, Bob Murphy and Dave Stockton by a shot. 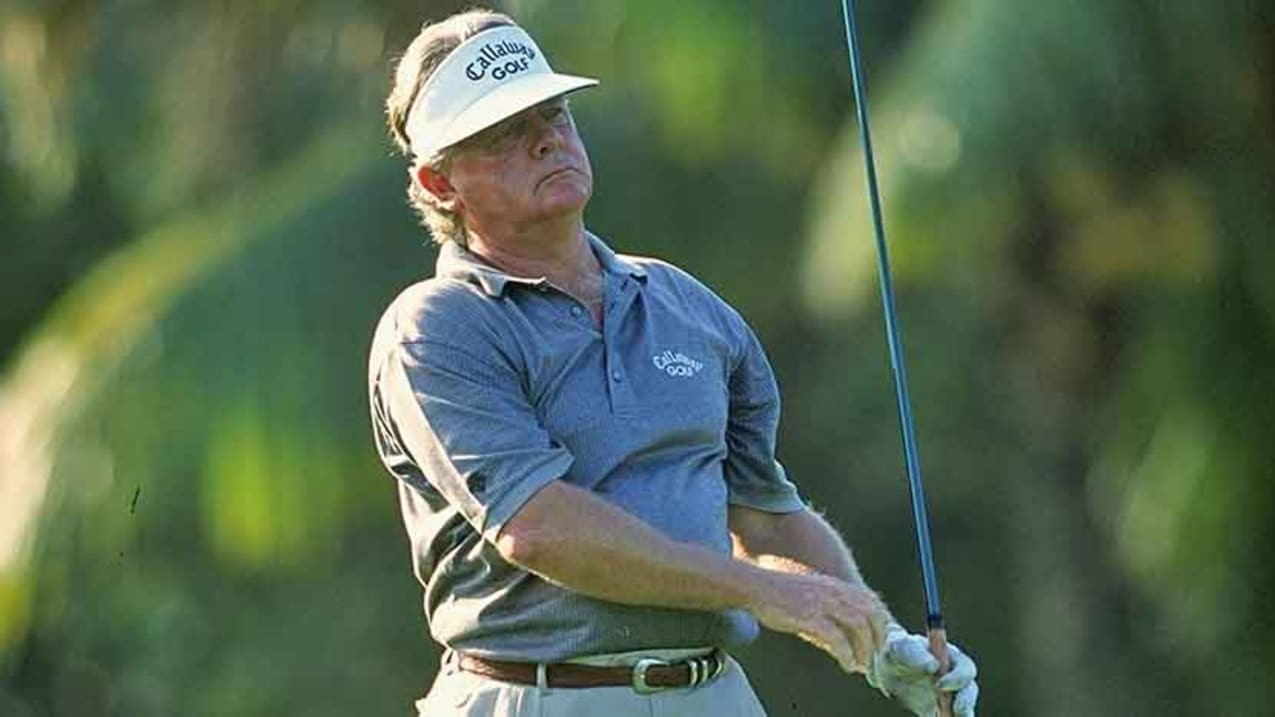 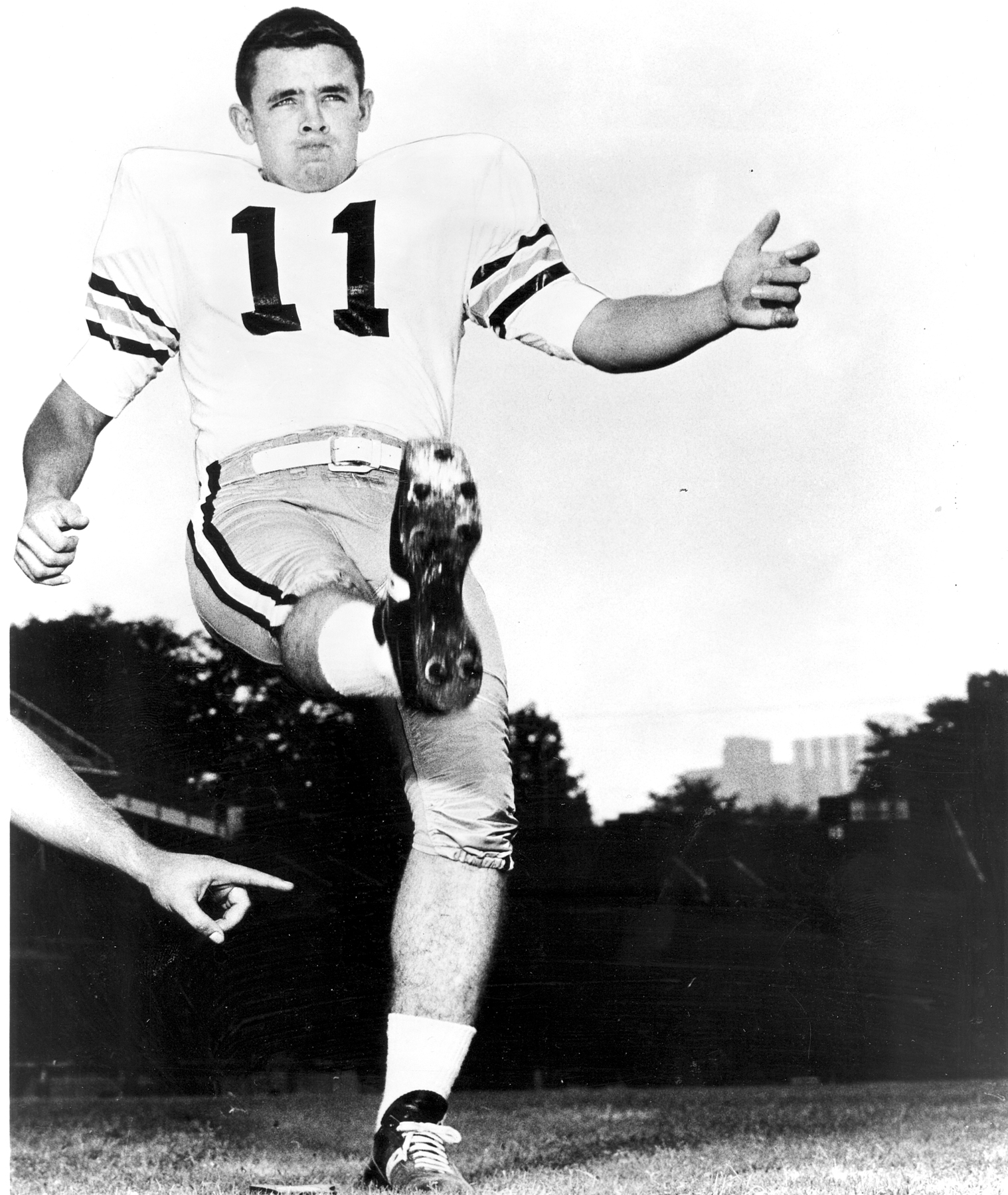 Prior to the final round, while on the practice green, Henry told Murphy, his old rival from the University of Florida during their college golf days, that they should finish “one-two in this thing.” Murphy replied with, “Yeah, it would be good, but let’s not get the order mixed up.”

Henry didn’t, making birdies on five of his first six holes and eventually hanging on for the win and the $40,000 first-prize money. He is one of two former college placekickers to win on the PGA TOUR, along with Duke’s Mike Souchak.

Henry had a couple additional close calls, in both 1973 and 1974. He tied for second with Bob Dickson at the Shrine-Robinson Open Golf Classic in Robinson, Illinois, losing to Deane Beman by a stroke. A year later, Henry tied for second with Gil Morgan at the weather-shortened Magnolia Classic, losing by two shots to Dwight Nevil in a tournament in Hattiesburg, Mississippi, played opposite the Masters Tournament.

In February 1994, Henry turned 50 and began playing PGA TOUR Champions golf. After Monday qualifying into three events, in 1994 and 1995, he earned his 1996 playing privileges by tying for fourth at the Qualifying Tournament the previous December.

In 63 career PGA TOUR Champions tournaments, Henry had three top-10s, his best performance a third-place showing at the Boone Valley Classic outside St. Louis. However, that was a bittersweet and disappointing end as Henry entered the final round holding a two-shot lead before a Sunday, 2-over 73 ended his chances. His final PGA TOUR Champions appearance came in 2001, at the Mexico Senior Classic.

Henry was a member of the Georgia Tech Hall of Fame for both his football and golf exploits, inducted in 1985. He was also a member of the Lowndes (Georgia) County Sports Hall of Fame. Since 2002, Henry had served as a golf instructor at Reynolds Plantation Golf Academy in Macon.

He was survived by his wife, Marcia, three sons, Brad and twins Shawn and Shane, and a daughter, Meredith.