Albert J. “Duck” Swann’s golf career spanned from his college days at Georgia Tech to an international senior championship in his later years, and he was a dedicated servant of the game of golf and of charitable causes in his community. The Georgia Golf Hall of Fame is proud to include him posthumously in the Class of 2013 with his family and many of his friends and colleagues to honor his induction.

Duck Swann was a major influence on the lives of many in the Macon community and at Idle Hour Club. Peter Persons, Georgia Golf Hall of Fame Class of 2011, recalls how Swann would be one of his first calls when he returned home from a PGA TOUR event and repaired clubs for him at his home workshop.

“He’d console me and inspire me,” said Persons. “He was one of my best friends, though he was of my father’s generation.”

Swann became acquainted with Roger Kaiser, the legendary Georgia Tech basketball All-American player and national championship coach at West Georgia and Life College, not through golf or a “Tech connection,” but at a chance meeting at a sports camp. “Duck brought a busload of youngsters up from Macon to my sports camp in north Georgia,” said Kaiser. “I didn’t know who he was then, but over time our families became very close friends.” 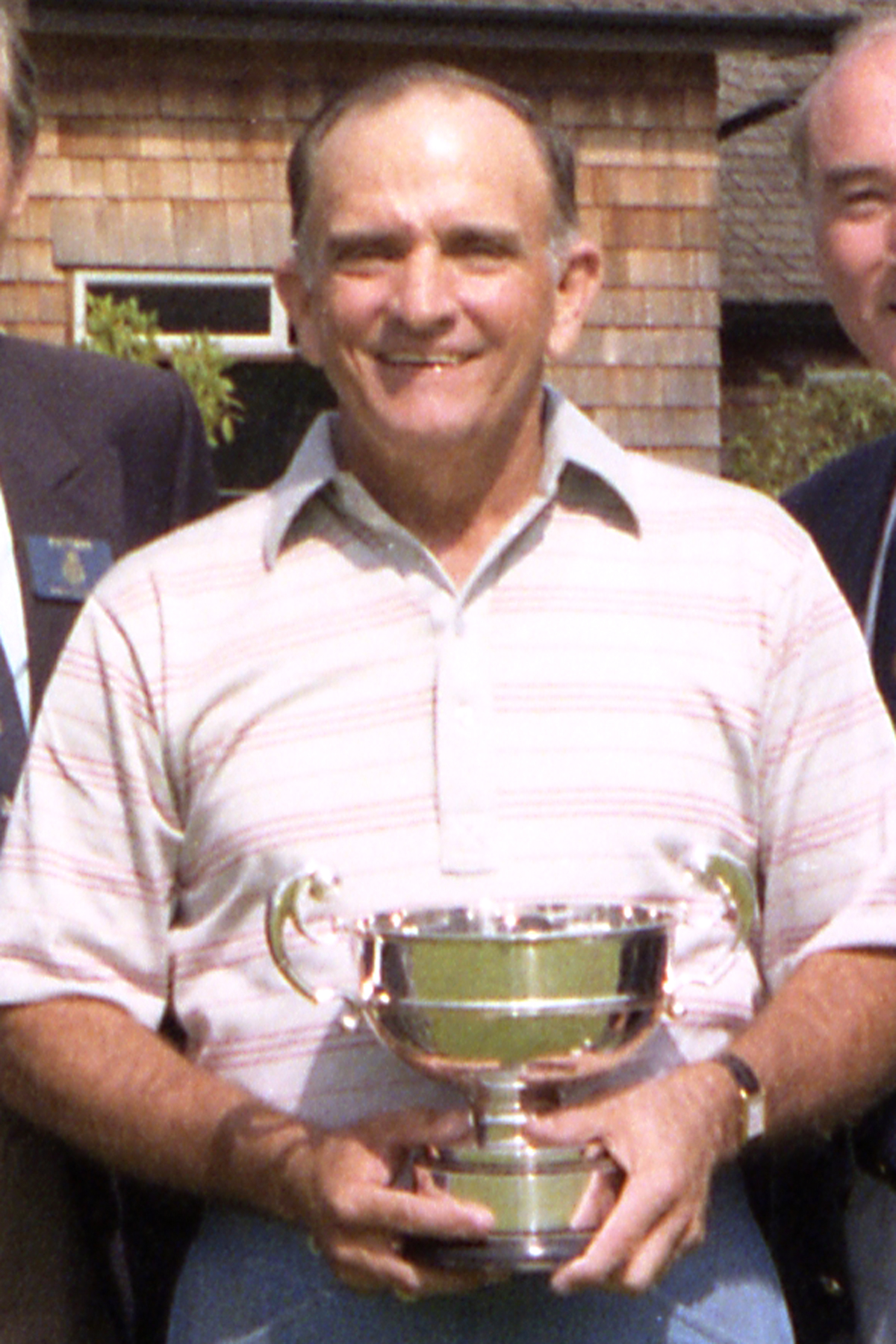 A Maconite throughout his life, Swann played on the Lanier High golf team and won the 1941 Macon City and 1942 Georgia Interscholastic titles. Following World War II years as an Air Force pilot, he was the Southeastern Conference champion in 1948 at Georgia Tech and was captain of the Yellow Jackets’ 1949 SEC title team.

He spent two more combat flying years in Korea before settling into several businesses in the Macon area. In 1958 he was elected to Georgia Tech’s “all time” golf team and into the Georgia Tech Athletic Hall of Fame in 1964.

Swann’s golf career blossomed again upon the time he turned senior amateur age of 55 in 1980. The year 1983 was his biggest. His most significant victory came at Walton Heath in England, as he became the first American to capture the British Senior Open Amateur. Also during the year, he won the Georgia Seniors title and qualified for the match play portion of the USGA Senior Amateur Championship.

The following year, he won the Legendary Senior Amateur in Birmingham, and was runner-up at the American and Georgia seniors. In 1987, he won the Western Seniors.

Swann was a member of several golf organizations throughout his life, including the Peach Blossom Classic, American Senior Golf Association, state Walter Hagen cancer tournament committee, Middle Georgia Golf Championship Board and was a past president of Idle Hour Club.

Swann passed away in 2007 at the age of 81, survived by his wife, Martha, sons Albert III and Brad, daughter Kate Swann Ivey, seven grandchildren and one great-grandchild.