Salem, S.C.  –  Andy Ogletree fired a 5-under-par 67 Friday, and all five Georgia Tech golfers broke par as the 8th-ranked Yellow Jackets took a one-shot lead over No. 14 Georgia after the first round of the Clemson Invitational, which is being contested at The Cliffs at Keowee Falls.

Round 2 gets underway at 9 a.m. Saturday.

TECH LINEUP – Ogletree, who has been the Jackets’ top performer in all four of their spring events and is ranked No. 32 nationally, went 7-under-par over his final 13 holes after starting his round with a bogey and a double bogey in his first four holes. The junior from Little Rock, Miss., tied for third place individually, has played under par in nine of his last 13 rounds, including a 63 in his last round, the final round of the Valspar Collegiate Invitational.

Tyler Strafaci (Jr., Davie, Fla.) and sophomore Noah Norton (So., Chico, Calif.) each played steady golf in carding a 4-under-par 68, while Luke Schniederjans (Jr., Powder Springs, Ga.) provided the Yellow Jackets’ fourth counting score with a 3-under 69. All three are in the top 10 individually.

Freshman Connor Howe (Ogden, Utah) shot 1-under-par 71 (tied for 21st place) and did not count for Tech Friday, while fifth-year senior James Clark (Columbus, Ga.) is tied for 16th place competing as an individual after firing a 70 (-2). 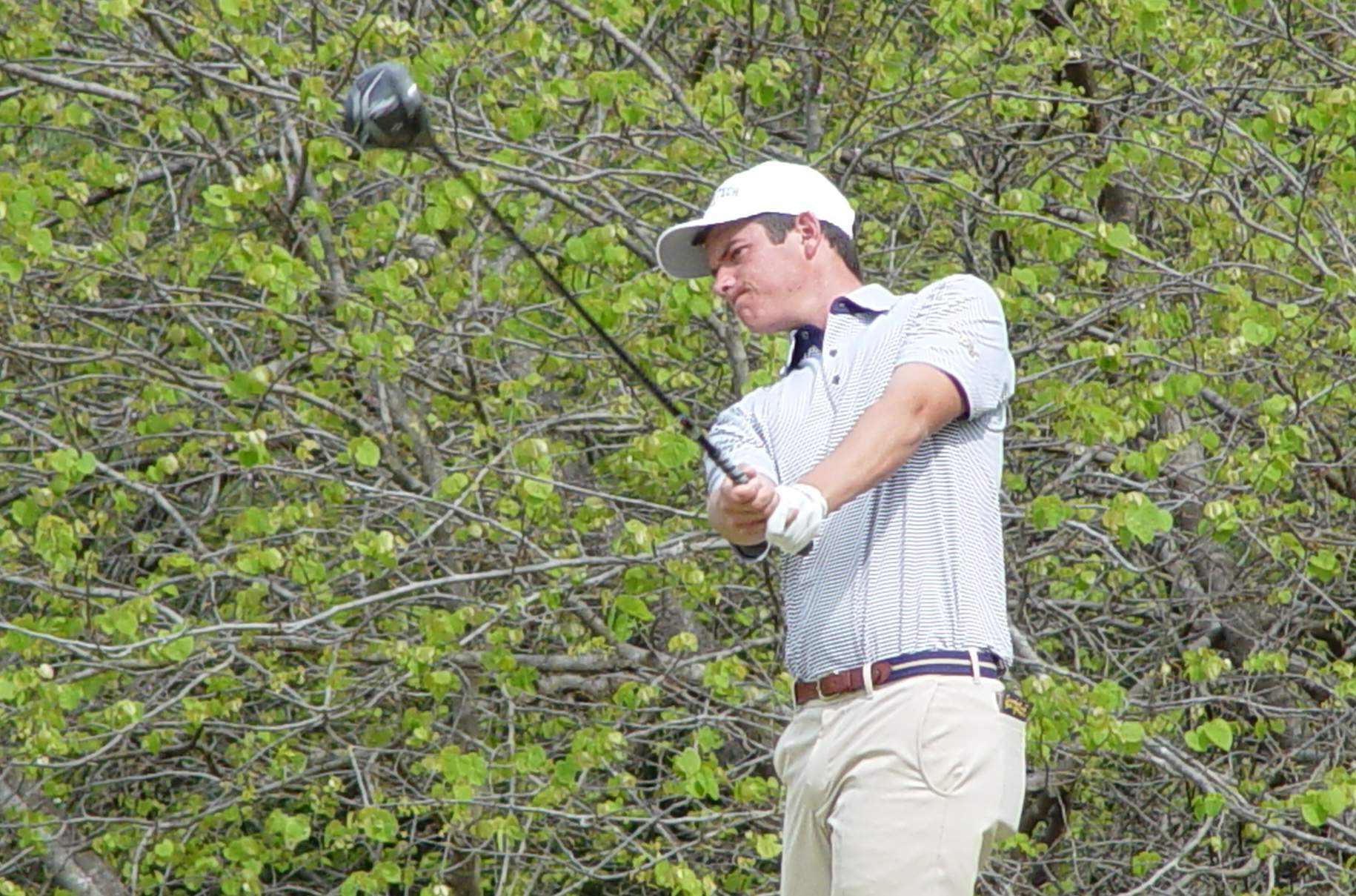 Noah Norton is tied for ninth place after carding a 68.

The Yellow Jackets, who began their round in the middle of the front nine in the shotgun start, overcame a sluggish start to play the back nine holes in 9-under-par, then finished strong by playing their finishing holes in 7-under-par.

Tech’s Ogletree is in a three-way tie for third place with Furman’s Keller Harper and Georgia’s Spencer Ralston at 67. Strafaci and Norton are tied for sixth at 68 with the Bulldogs’ Davis Thompson, while Schniederjans is part of a seven-player tie for ninth place at 69.

TOURNAMENT INFORMATION – The Clemson Invitational is a 54-hole event, hosted by Clemson, that runs through Sunday with 18 holes each day. It is played at The Cliffs at Keowee Falls, a 7,103-yard, par 72 layout in Salem, S.C.