Las Vegas, Nev.  –  Noah Norton fired a 5-under-par 67 Sunday to grab a share of the individual lead, and No. 4 Georgia Tech posted a 5-under-par 283 to tie for the lead after the opening round of the Southern Highlands Collegiate golf tournament.

TECH LINEUP – Norton, a sophomore from Chico, Calif., ranked No. 37 in the nation, got out of the gate hot, playing the front nine 5-under-par to post his best round of the spring season. Junior Luke Schniederjans (Powder Springs, Ga.), ranked 13th in the nation, recorded five birdies in a 2-under round of 70 and is tied for fifth place individually.

Andy Ogletree, who has been Tech’s top finisher in both spring events to date, was the third Yellow Jacket under par Sunday. The junior from Little Rock, Miss., finished well with two birdies in his last five holes and shot 1-under 71. Junior Tyler Strafaci (Davie, Fla.) had Tech’s fourth counting score with a 75. 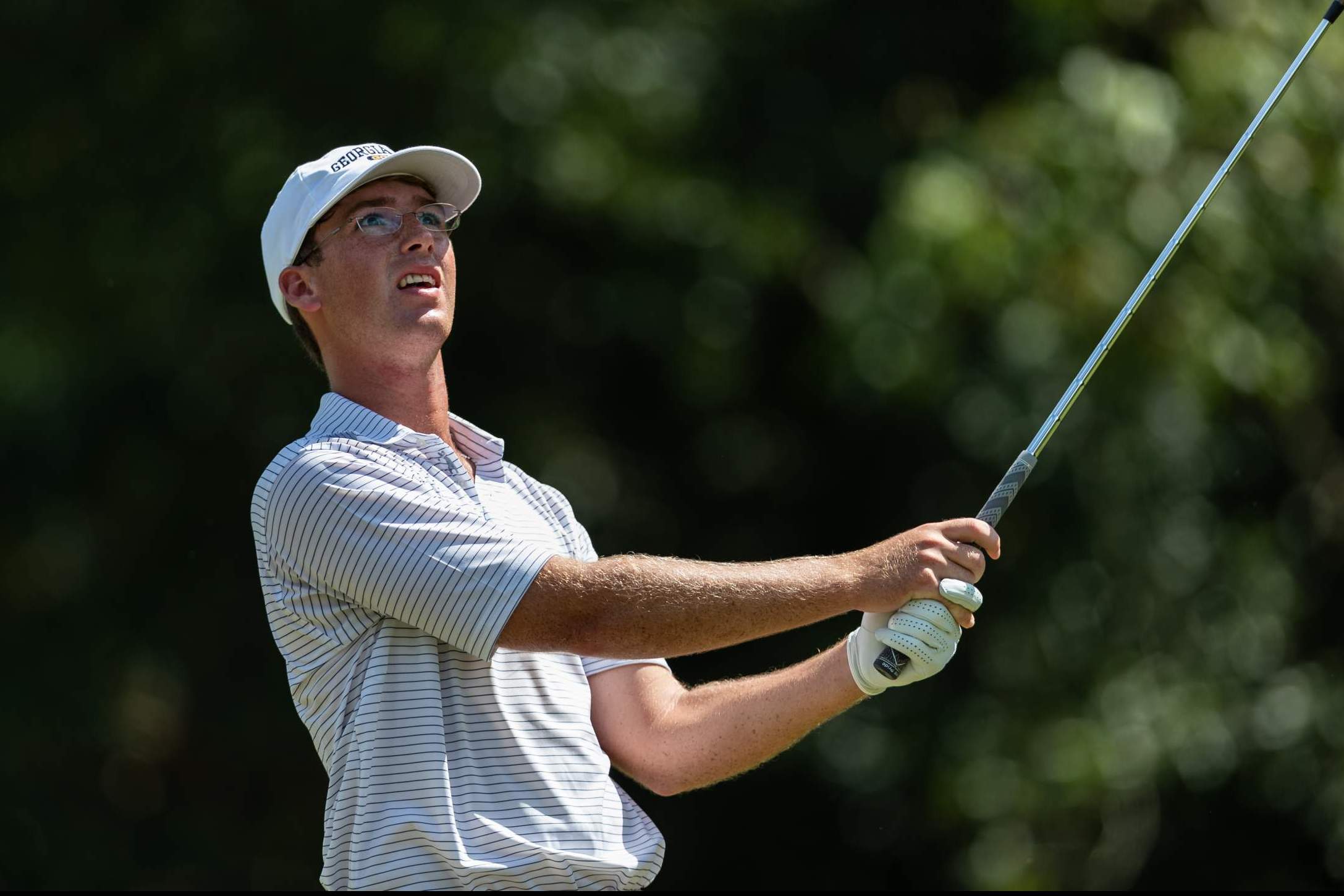 Andy Ogletree is in a tie for seventh place after carding a 71 Sunday.

TEAM LEADERBOARD – Georgia Tech helped itself with three birdies on the final hole, a 603-yard, par-5, and finished with a 5-under-par total of 283, while Stanford dropped two strokes at the finishing hole and posted a 3-under-par 285. No. 11 Oklahoma was the only other team to post a subpar score (287, -1) and sits in third place.

INDIVIDUAL LEADERBOARD – Tech’s Noah Norton is tied with UNLV Jack Trent at 5-under-par 67, one stroke ahead of Stanford’s Henry Shimp (68) and two ahead of UNLV’s David Rauch (69). The Jackets’ Luke Schniederjans and TCU’s Pierre Mazier are tied for fifth at 70. Ogletree is in a crowd of 12 players tied for seventh at 71.

COACH BRUCE HEPPLER SAYS – “This was a really positive day for us. The conditions were very challenging and the golf course tests every part of your game. I thought our guys played with tremendous discipline and composure. They just kept playing and we made a birdie on 17 and three more on 18 to finish the day.”

TOURNAMENT INFORMATION – Georgia Tech is making its 16th appearance in the Southern Highlands Collegiate and first since 2014. The 54-hole event runs through Tuesday with a shotgun start at noon Eastern time each day, and is played at the Southern Highlands Golf Club, a 7,510-yard, par-72 layout. The four low scores for each team are counted each round for the team total, and individual ties will be broken by a sudden-death playoff.