THE FLATS – After winning three of four events in which it participated in the fall season, Georgia Tech’s golf team is listed in the top three of all three national rankings as it looks ahead to the spring season, which begins in early February.

The Yellow Jackets were ranked No. 3 in the Bushnell Coaches Poll released Friday by the Golf Coaches Association, and are also No. 3 in the rankings by Golfstat, which determines seeding for NCAA regional play in May. Tech is No. 2 in the Golfweek/Sagarin Index. Oklahoma is the top team in all three rankings.

Tech won three of its four events in the fall season, finishing the campaign by sweeping matches against No. 33 California, No. 23 UCLA and No. 5 Duke at the Cypress Point Classic in late October. The Yellow Jackets won their first two events of the fall, both stroke play tournaments, winning the Carpet Capital Collegiate by 20 strokes over North Florida and sharing the title at the Olympia Fields/Fighting Illini Invitational with No. 11 Baylor. The Jackets finished 10th in their home tournament at the Golf Club of Georgia.

“Winning three times is really positive,” said head coach Bruce Heppler, in his 25th year piloting the Tech program. “Day in and day out, with the number of events this group has won, I think this is one of the best teams we’ve ever had. They drive the ball as well as any team I’ve been a part of here. I think we’ve had a really good year, and I hope that goes all the way into June.

“This is a committed group. They’re working very hard right now even in the off-season, in the gym and in practice. They haven’t slowed down. They’re very talented, and it’s one of the hardest working groups we’ve had. I hope we have a tremendous spring and send our three seniors out with some great experiences.” 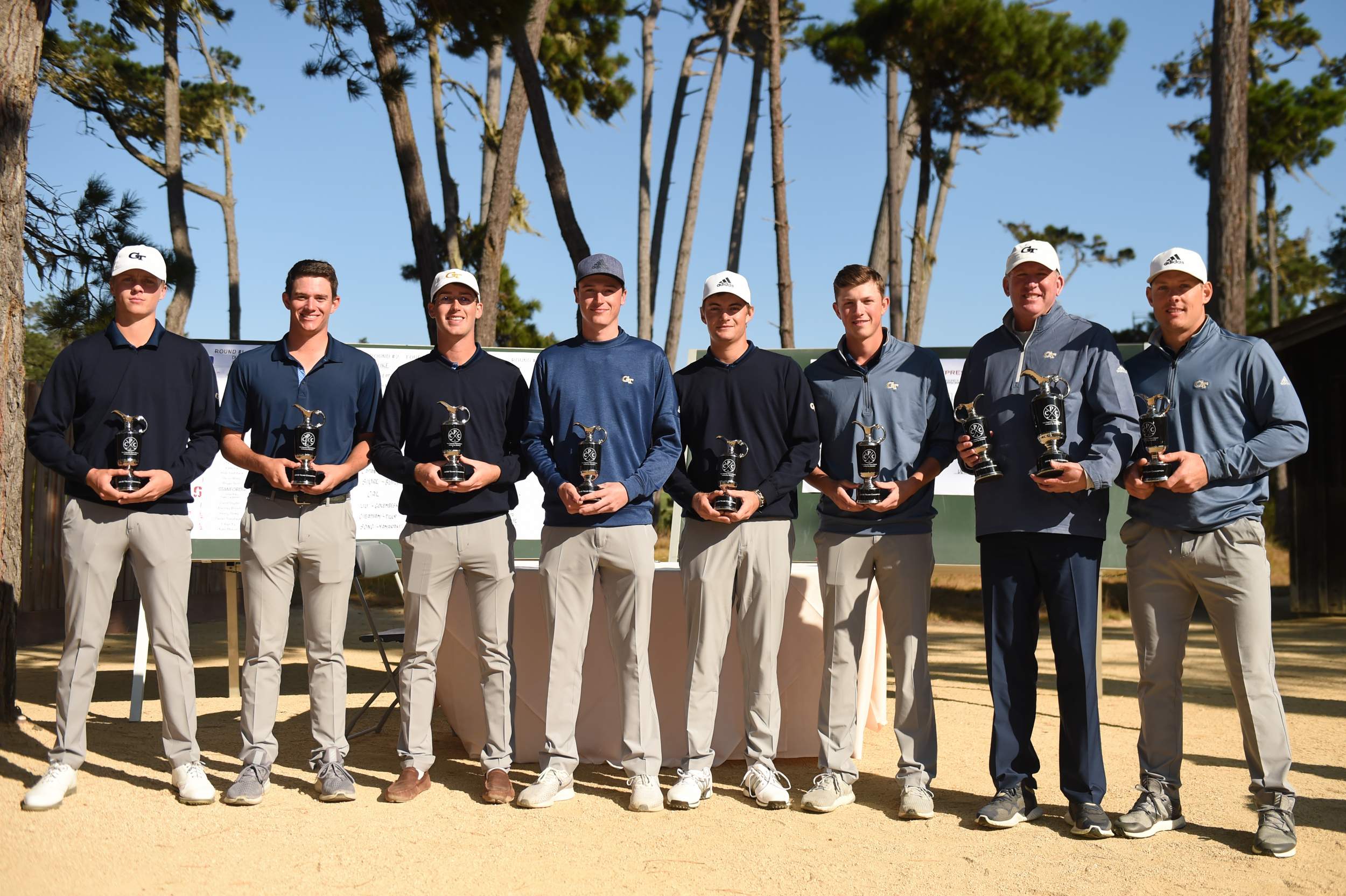 Tech’s three seniors are ranked among the top 100 individually by Golfstat – Tyler Strafaci (Davie, Fla.) at No. 17, Luke Schniederjans (Powder Springs, Ga.) at No. 26, and U.S. Amateur champion Andy Ogletree (Little Rock, Miss.) at No. 98.

Schniederjans, who won the Carpet Capital Collegiate, finished the fall ranked fifth in the Golfweek/Sagarin Index, while Strafaci, who had a pair of top-10 finishes, is No. 6.