Palm City, Fla.  – Andy Ogletree fired a career-low round of 63 (8-under-par) in the closing round Monday afternoon, and No. 9 Georgia Tech posted a 2-under-par total of 282 in the afternoon round to finish 12th at the Valspar Collegiate Invitational.

TECH LINEUP – Tech began the day in eighth place in a field stacked with top-25 teams, but slipped four positions after posting the highest score shot in the morning round (288, -4). The Jackets’ held that position with their 282 in the afternoon.

Ogletree carded the best round by a Georgia Tech golfer this year and the lowest score since teammate Luke Schniederjans shot 62 in the second round of the 2017 NCAA Stanford Regional. The junior from Little Rock, Miss., recorded eight birdies and an eagle in the afternoon after shooting a 74 in the morning round, and finished in a tie for 14th place at 5-under-par 208. Ogletree has been Tech’s highest finisher in all four spring events.

Sophomore Noah Norton (Chico, Calif.) led the Jackets in the morning round with a 2-under-par 69 and followed that with a 71 in the afternoon. Schniederjans shot a pair of 73s and counted for the Yellow Jackets in both rounds as well. 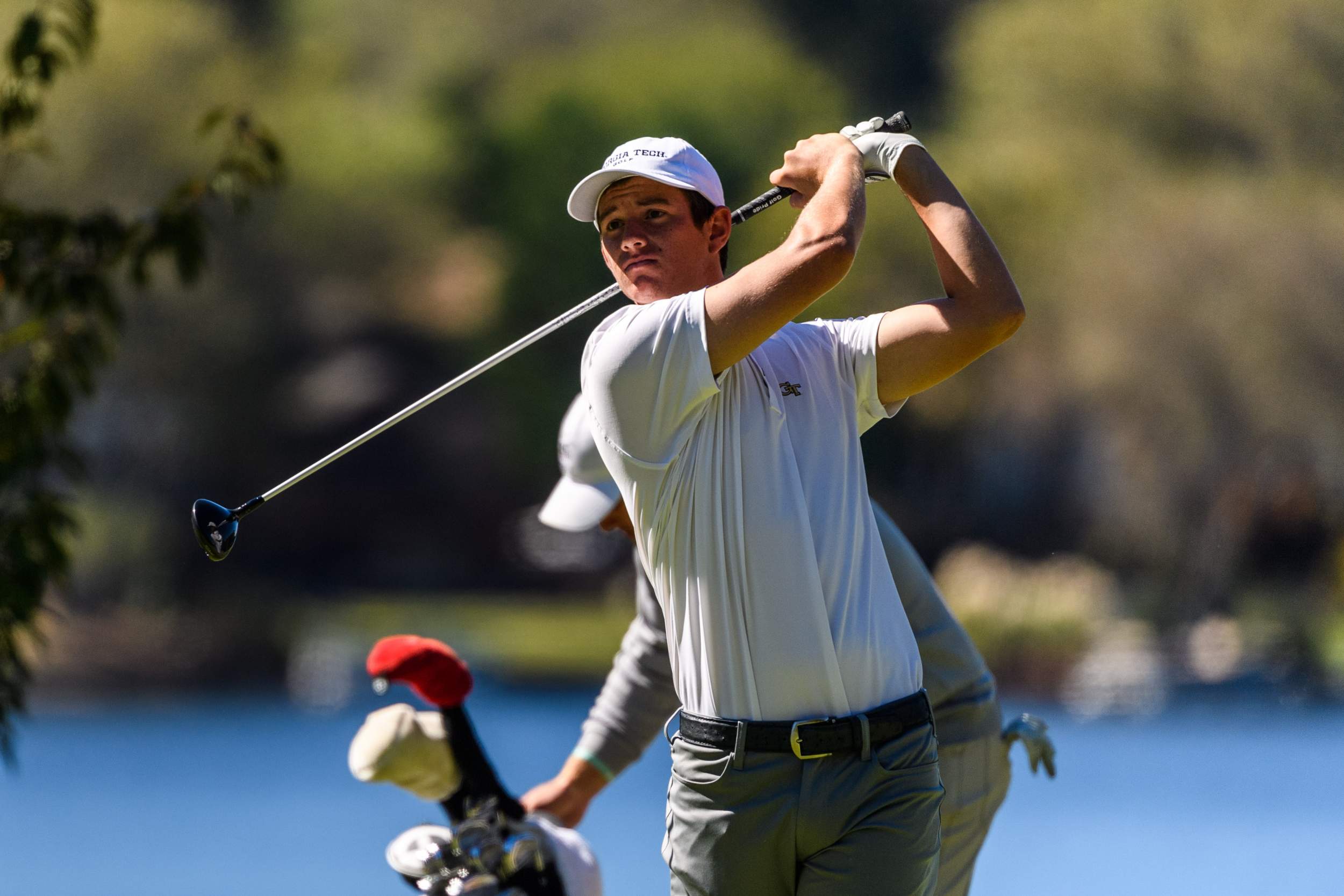 Noah Norton shot rounds of 69-71 Monday for the Yellow Jackets.

Play was suspended due to darkness with Duke, in sixth place, and South Florida, in last place, having players still on the course. Those individuals will complete their final round at 7 a.m. Tuesday.

Texas A&M’s Chandler Phillips finished third at 12-under-par 201, followed by Wake Forest’s Cameron Young at 208 (-8). Oklahoma State’s Viktor Hovland and Duke’s Alex Smalley, both ranked in the nation’s top 10, were in a five-way tie for fifth place at 296-

TOURNAMENT INFORMATION – Georgia Tech made its sixth appearance in the Valspar Collegiate Invitational, which began in 2014 and has become one of the spring’s premier events at one of Florida’s top golf venues. The 54-hole event is played at the 6,921-yard, par-71 Floridian National Golf Club, part of The Floridian Resort and Spa.