All-American Chesson Hadley, a sixth-year PGA Tour pro who currently ranks 70th in FedEx Cup points, finished seventh in the 120-player field to grab one of 14 spots at Brookside Golf and Country Club in Columbus, Ohio.

Norton becomes the second current Yellow Jacket in as many years to qualify for the U.S. Open Championship, joining his teammate Tyler Strafaci, who qualified last year. The rising junior from Chico, Calif., fired rounds of 66-67, while Schniederjans, an Alpharetta, Ga., resident who was a three-time All-American, shot 65-68 in the 36-hole qualifier. Castro, a four-time All-American who lives in Atlanta, shot 68-67.

Noah Norton, ranked No. 134 in the world among amateurs, shares his thoughts after qualifying for the U.S. Open

“There are no words to describe it,” said Norton, who hails from Chico, Calif., and was one of 12 amateurs among the 75 players who qualified across the country Monday. “Pebble is the closest major championship to my house. I went down and watched [the last U.S. Open at Pebble Beach] before I came to Tech. It put that date down and said that’s the one I want to play in. So it happens that this is my first major. Pretty crazy.”

Norton, who earned All-Atlantic Coast Conference honors for the second time this spring, finished the college season ranked No. 74 in the Golfstat rankings after a tie for 124th at the NCAA Championship and remained in Atlanta to work on part of his game to prepare for Monday’s qualifier.

“After the national championship, I looked at my game, and felt like I needed to work on my distance control on my irons, and worked a week straight on that,” said Norton, ranked No. 134 in the World Amateur Golf Rankings. “I had so many good looks today. It was an awesome day. I knew I was good enough to contest. I started out bogey-bogey, but I stuck to my plan and didn’t waver. At the end of the day, I was successful.”

Norton plans to fly home Friday and get in as many practice rounds at Pebble Beach as he can.

Matt Kuchar, a two-time winner this season on the PGA Tour and ranked No. 1 in FedEx Cup points, was exempt from qualifying based on his two victories in 2018-19 and his official world ranking, and will play in his 17th U.S. Open. 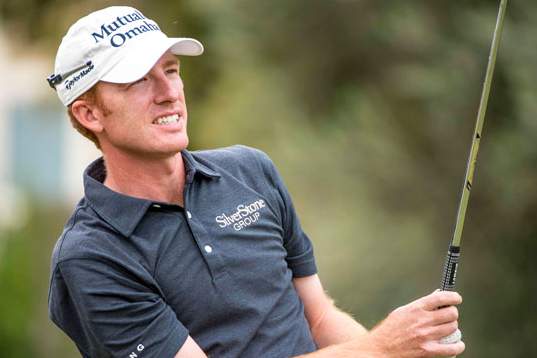 Roberto Castro tied for third place at Hawks Ridge and will play in the U.S. Open for the third straight year.

Castro will play in the U.S. Open for the sixth time, and for the third straight year, while Schniederjans will be competing in his third U.S. Open, having played as an amateur in 2015 and again last year as a professional. Hadley is in for the second straight year, having earned a spot in 2018.

“It’s the United States Open,” Schniederjans told the Cherokee Tribune. “It’s the national championship. It’s the biggest major. Going up, you look at it as the hardest test in golf. It has an incredible amount of history. It’s one of my favorite tournaments I’ve ever played in.”

The United States Golf Association conducted 10 sectional qualifying tournaments – each 36 holes of golf – Monday, eight in the United States, one in Canada and one in England. The players advancing from those sites will fill out the 156-player field which will compete June 13-16 at Pebble Beach Golf Links in Pebble Beach, Calif.