This year’s 54-hole event, which annually attracts one of the strongest fields in college golf, has 12 NCAA Championship participants in the field. In addition to Stanford, who defeated Texas in the 2019 championship match, the Aggies and Demon Deacons, Clemson, Duke, North Carolina, Pepperdine, Southern California and TCU are entered in addition to Tech. UCLA, which finished last spring ranked No. 29, Tennessee (No. 32), Virginia (No. 53) and East Tennessee State (No. 75) round out the field.

“We’re excited to host what has long been one of college golf’s best events,” said head coach Bruce Heppler. “Every year, the Golf Club of Georgia Collegiate Invitational stands as one of the three or four best collegiate tournaments because of the venue, the strong field and the overall experience that the competitors and teams enjoy. The 2019 field may be the best we have ever had. We enjoy showing off The Golf Club of Georgia as well. It is a special place and a major part of our program. The winner will have earned a very special trophy.”

The Trojans outlasted Clemson by one stroke to win last fall, while Georgia Tech finished third, three shots off the pace. Stanford, whose best finish has been a runner-up showing in 2009, finished ninth.

The Golf Club of Georgia is home to a pair of the finest courses in the entire state of Georgia. Presently, the Lakeside and Creekside courses are listed among Golf Digest’s “Top 20 Best Courses” in Georgia and have maintained this lofty ranking for many years. The Lakeside course (7,017 yards), on which the Golf Club of Georgia Collegiate has been contested each year, received immediate acclaim in 1991 when it was named Best New Private Course in the United States.

Over the years, The Golf Club of Georgia, has hosted PGA Champions Tour events, the historic Georgia Cup which annually pits the reigning amateur champions from the United States and Great Britain prior to their participation at The Masters, U.S. Open qualifiers, the Georgia Amateur and other Georgia PGA sanctioned events.

Admission to The Golf Club of Georgia Collegiate Invitational Hosted by Georgia Tech is complimentary and open to the public. For more information, visit GolfClubofGeorgia.com. 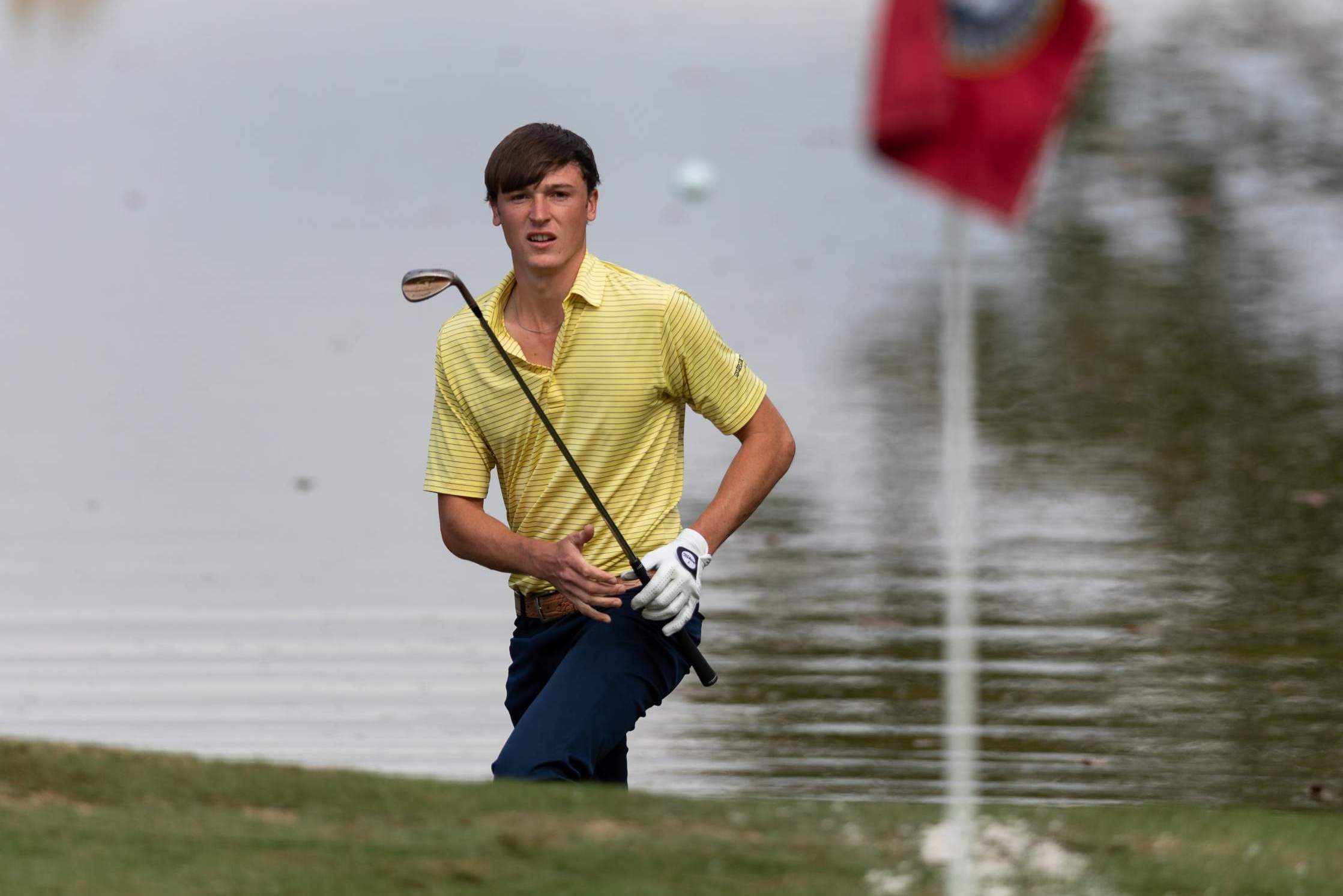 JACKETS IN AMATEUR GOLF THIS WEEK

Luke Schniederjans and Tyler Strafaci are in the field for this week’s Western Amateur Championship, which began Tuesday and runs through Saturday at Point O’ Woods Golf Club in Benton Harbor, Mich. Billed as “the Masters of amateur golf,” the Western is the last major amateur event before the U.S. Amateur, which begins Aug. 12 in Pinehurst, N.C.

The Western Amateur has a 156-player field for 72 holes of stroke play, 18 holes Tuesday and Wednesday followed by a cut, and 36 holes Thursday. After 72 holes, the top 16 finishers face off in match play, with two rounds Friday, and the semifinals and championship match Saturday.

Strafaci, a senior from Davie, Fla., reached the semifinals of last year’s Western Amateur at Sunset Ridge Country Club in Northfield, Ill., and his father, Frank, won medalist honors at the 1953 event. Charlie Yates remains the only Georgia Tech golfer ever to win the Western Amateur, capturing the title in 1935 in Omaha, Neb. Yates also won medalist honors in 1937 in Los Angeles.