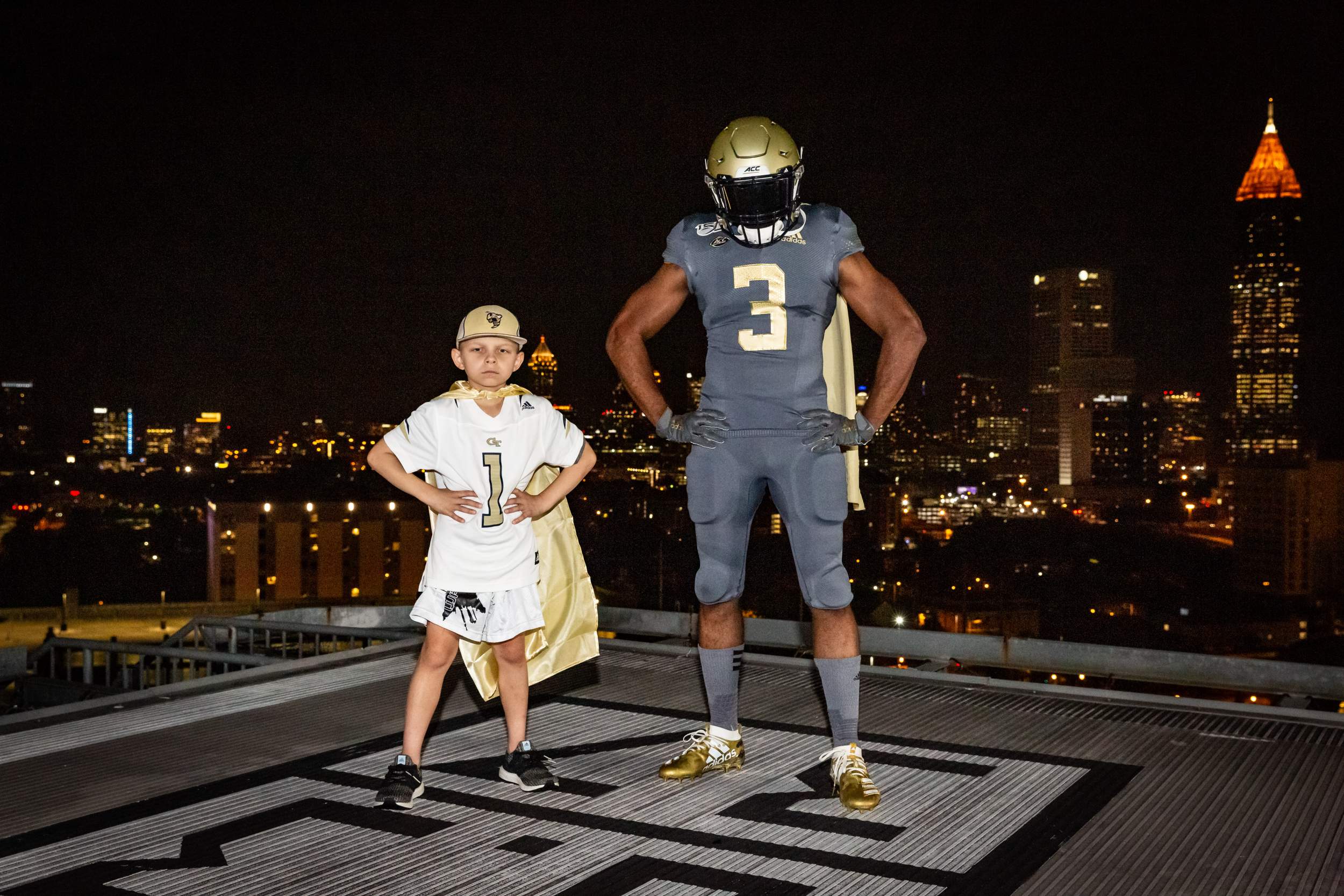 For Saturday’s game, Georgia Tech will wear its Onyx Gray alternate uniforms, part of the Selfless Pack of the adidas Strategy Uniform series, in honor of the superheroes battling illness and injuries at Children’s Healthcare of Atlanta.

• Georgia Tech and North Carolina are squaring off on the gridiron for the 40th-straight season and the 55th time overall. The Yellow Jackets lead the all-time series, 30-21-3.

• The Yellow Jackets are 19-8 at home versus the Tar Heels all-time.

• Georgia Tech’s pass defense continues to impress, as the Yellow Jackets have moved up to No. 5 nationally in passing yards allowed per game (136.8 ypg).

• Sophomore defensive back Kaleb Oliver recorded his second interception of the season last Saturday at Temple. Oliver is one of only 72 players nationwide with multiple interceptions this season.