THE FLATS – Georgia Tech’s golf program added one of the top junior players in Europe Wednesday when Benjamin Reuter of the Netherlands signed a letter-of-intent to join the Yellow Jackets. 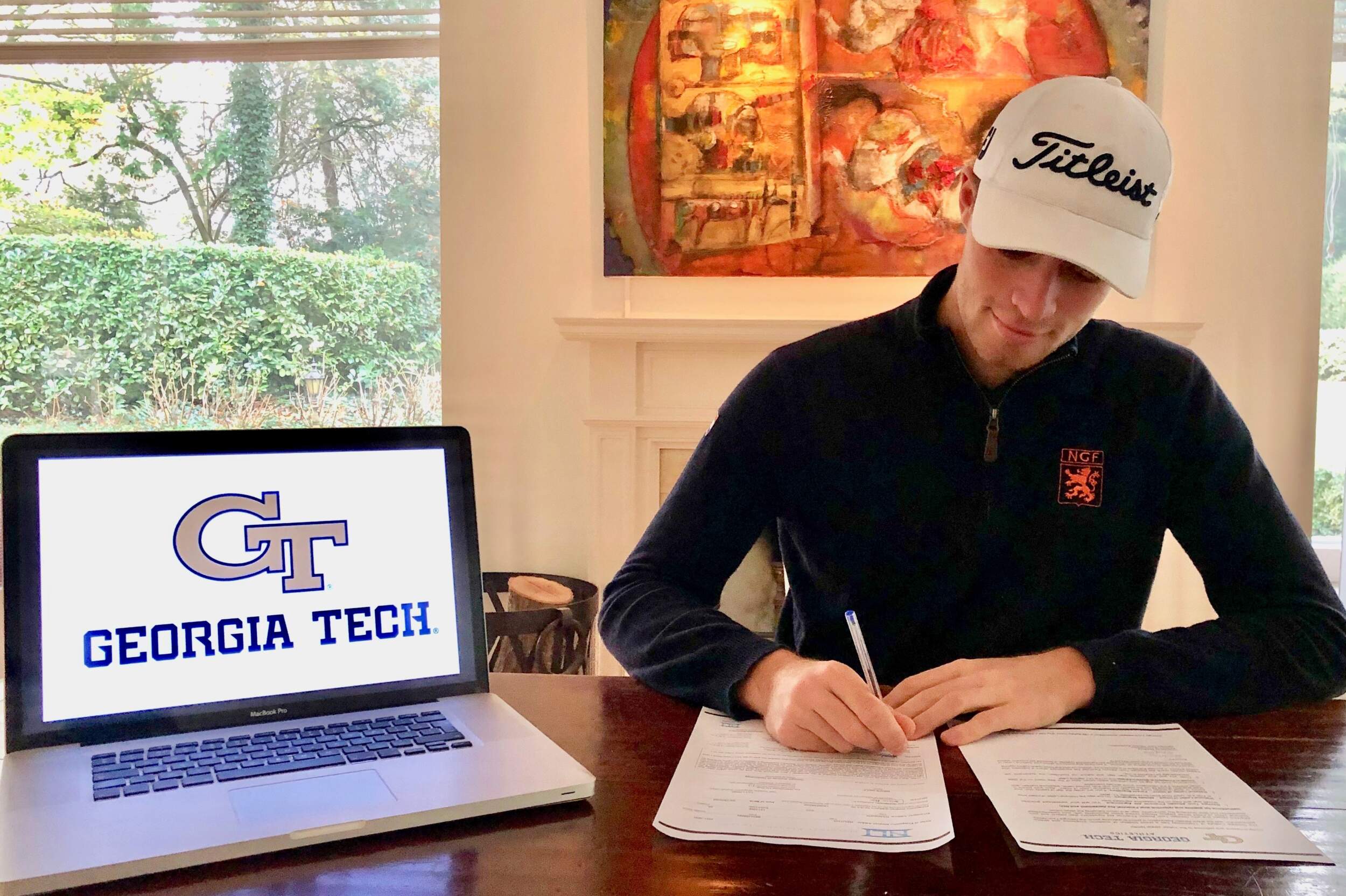 "We first saw Benjamin three summers ago and was really impressed with him physically. We took a trip to the Orange Bowl and watched him for four days against the best junior players in the world, and he was close to a top-10 finish. He came and visited a year later. He’s strong and a real physical specimen. He’s part of [the Netherlands] national program, and he was recruited by a lot of schools that recruit internationally. He wants to be here, and we’re excited about having him join us."

Over the last two years, Reuter has finished in the top-10 in six of 19 amateur events that counted toward points in the World Amateur Golf Ranking, including a sixth-place finish in the European Young Masters and ninth place in the International de France U18 in 2019. Against the world’s top junior players, he finished 13th and 35th in the 2019 and 2020 Junior Orange Bowl Invitational in South Florida.

Really excited to announce that I’ve committed to Georgia Tech golf team. I want to thank Coach @bruce_heppler and Coach @devinstanton41 for giving me this opportunity. Also thanks to my coaches, family, friends and The Dutch Golf Federation for supporting me #togetherweswarm