Photos courtesy of the Monroe Invitational

Pittsford, N.Y. – A familiar face was crowned the 2019 Monroe Invitational champion on Saturday as Georgia Tech’s Andy Ogletree launched an even-par 70 to win in his fourth attempt by two strokes.

For Ogletree, the fourth try proved to be extra sweet after previously delivering strong performances in his other attempts at the MIC and coming up short.  The Little Rock, Miss., native remarked that the success he had in past years kept him coming back, in addition to the relationships he built at the tournament.  One such relationship belongs with MIC Tournament Director J.P. Kircher.

Said Ogletree, “The last two years I came within two strokes of winning so I told J.P. last year, I think I’m going to come back one more time – I’ve got to get this thing.  I was thinking about that a lot today – it is really neat to finally do it.” 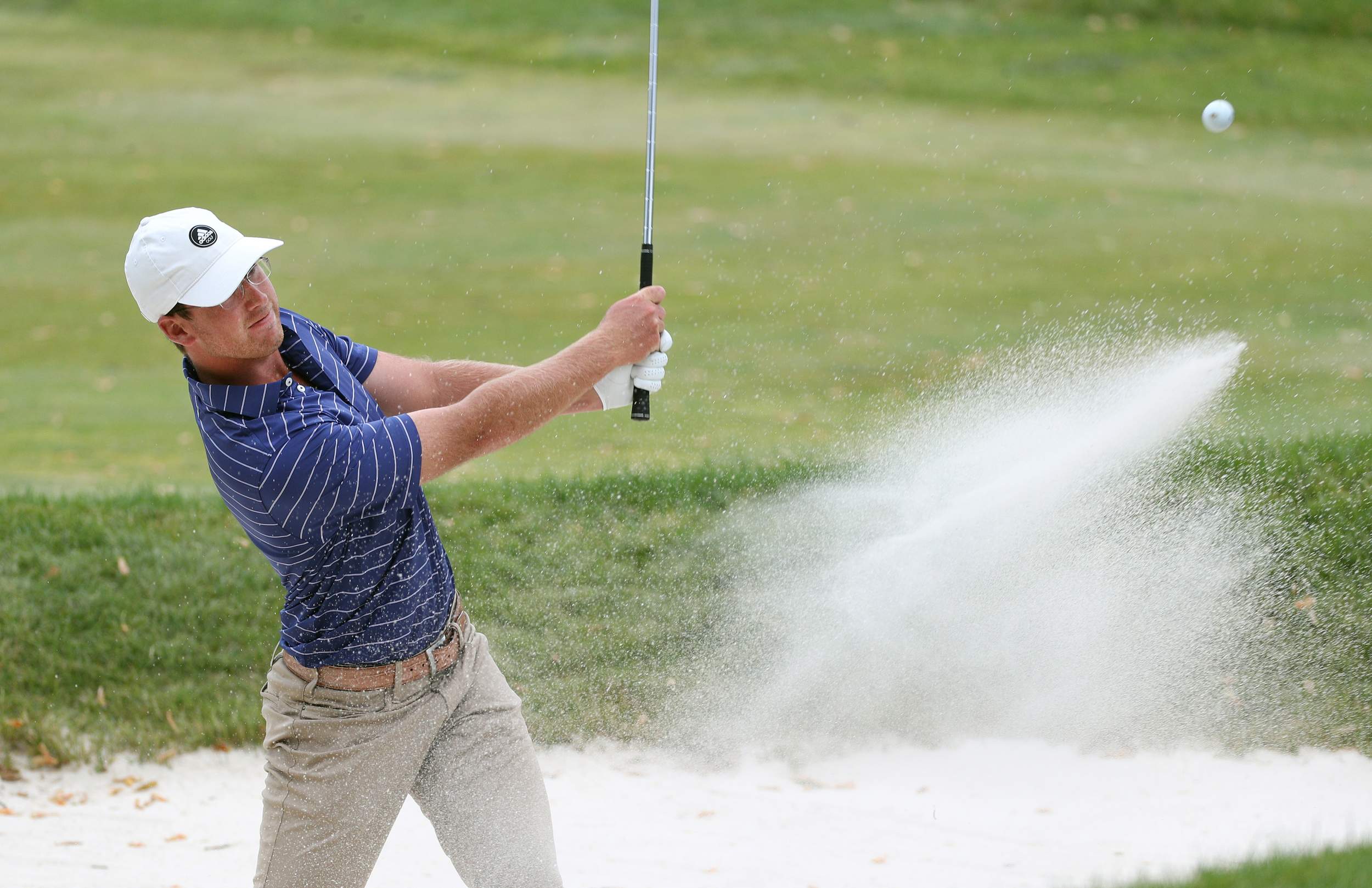 Ogletree blasts out of a bunker during the final round of the Monroe Invitational. The Tech senior finished the 2019 spring college season ranked among the nation’s top 20 players.

The 2019 champion cruised to an opening 33 on the front nine with birdies on No. 3 and No. 7, appearing to be in cruise control.

It was not until the par-5 12th that Ogletree faced some adversity.  A lead that was at one point as large as five strokes dwindled to just one following a double bogey on the 12th and a bogey on the par-3 13th, dropping him to -1.  Chatfield, who was in the second-to-last group, was even par until a bogey on the par-4 14th put him two shots back.

Chatfield was unable to keep the pressure on Ogletree, dropping his second consecutive stroke on the par-4 15th, allowing Ogletree to breathe a bit easier after carding a par of his own on the 14th.  A birdie on the par-4 15th provided some cushion for the Yellow Jacket senior to finish the round.

Said Ogletree, “Obviously I felt a little nervous when I went from four ahead to one ahead after 12 and 13, but I just needed something to get me going again and after 15 I felt fine.”

Ogletree becomes the first Tech player to win a major amateur event since Chris Petefish captured the Azalea Invitational in 2017. The All-Atlantic Coast Conference performer finished the spring season ranked No 19 in the Golfstat rankings and is No. 144 in the World Amateur Golf Rankings.